Can a robot think about its environment? Can it perceive its location and what its surroundings look like?

These are some of the questions Ian Miller ’18 (electrical and computer engineering) is researching as he pursues his Ph.D. in electrical and systems engineering at University of Pennsylvania. 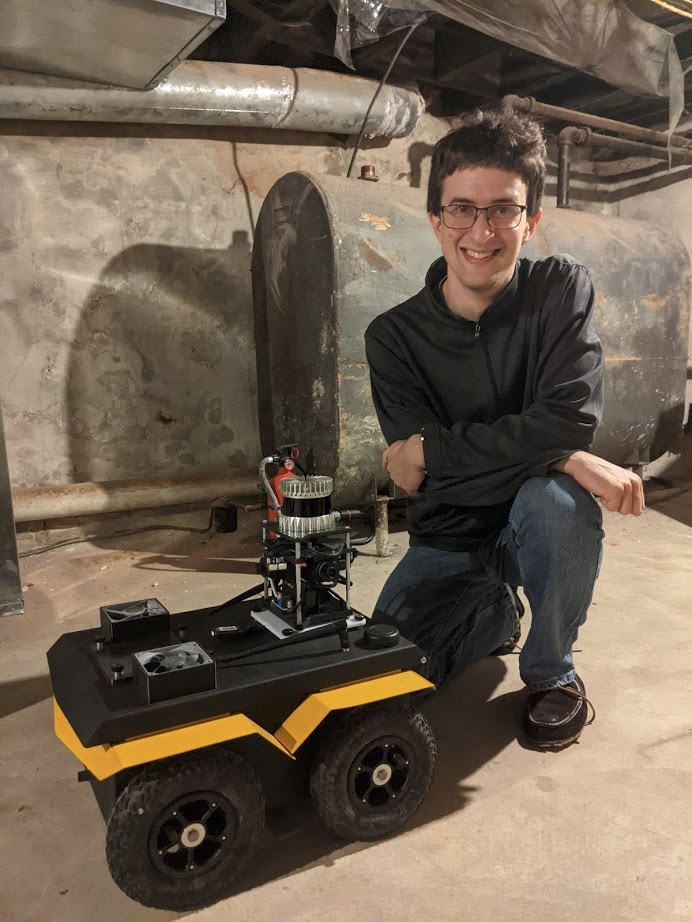 “How do I localize the robots, so each robot has some kind of understanding of its environment and its relationship to other robots?” he asks rhetorically. “This is the challenge because the viewpoints are very different. A flying robot, looking down on the same area, sees something very different than what a ground robot sees.”

Miller’s research has significant implications for mapping dangerous and hostile environments, and keeping humans out of harm’s way.

“Maybe it’s some kind of natural disaster, or there’s some kind of armed conflict that you don’t want to send people into. So now you can send in this team of robot drones that are flying around overhead and also ground robots that can look into buildings,” he says. “And because they can figure out their location relative to each other, they can build a unified map of the area.”

The technology might also be useful in the navigation of self-driving cars, especially in urban areas where the effectiveness of GPS is often compromised.

Miller is philosophical about the use of robotics and sees the technology more as a tool than a surrogate for human skills.

“There are many things that humans are better at, and with robots we’re able to do things more efficiently and safely. That’s one of the more compelling applications of robots. Robots are expendable, humans are not.”

Because of the STEM focus at Lafayette, Miller says he feels like he has an edge in his studies at Penn.

“You never got pigeonholed in one area; you were always encouraged to explore and experiment with new ideas,” he says. “One thing that I’ve noticed, like in my lab now, is that I have, in some sense, a broader set of experiences than do many of my colleagues.”