Hayden Fisher’s ’22 interest in electrical engineering came from her experience working as a lighting technician at her performing arts high school, where she studied technical theater and design. When Jordan Leiber ’22 was a young teenager, he built his first PC after gaining an interest in electronics. The two crossed paths in Naga Spandana Muppaneni’s Electrical and Computer Engineering class, and soon began working with their professor to develop a control system and interface for wireless neuromodulation—a wireless device that delivers electrical stimulation to the brain through implanted electrodes. 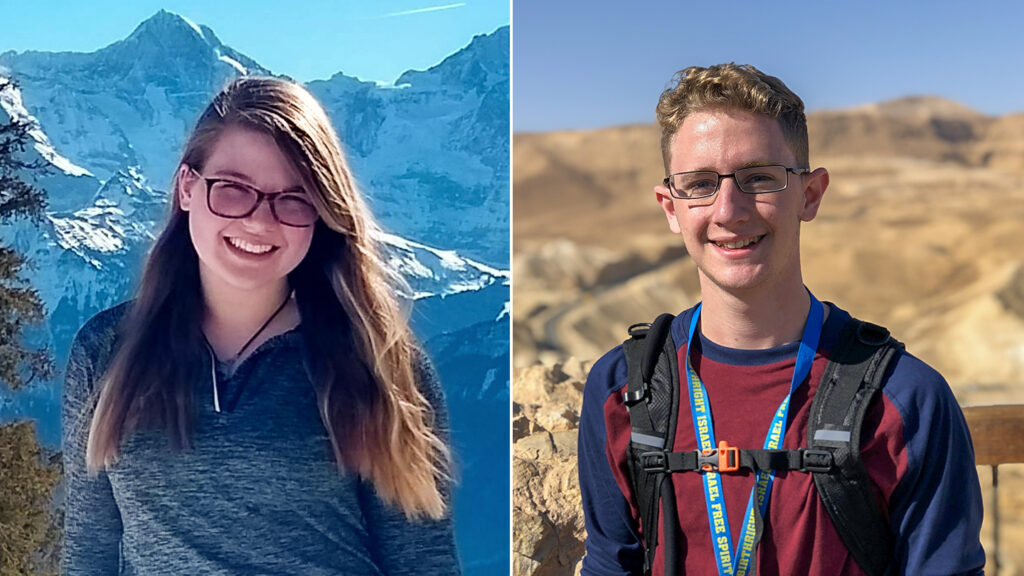 “Deep brain stimulation is used in therapies and treatment for neurological disorders like Parkinson’s and epilepsy, so our goal was to develop a wireless version of a neural stimulation device which provides a low-cost, high functionality alternative to the stimulation technology that’s currently available,” says Fisher.

The two credit Muppaneni with encouraging them to be independent during their studies and ensuring they had the tools to figure out the project themselves. They believe this allowed them a much more meaningful research experience, and acknowledge that strong research skills are something alumni rely on heavily in their fields and must use consistently in their lines of work.

Leiber has developed an interest in smart technology—including augmented reality, smartwatches, and other wearable technology—and hopes to find a career path in those fields post-Lafayette.

Fisher, who has been working as a theater and engineering fellow, says the fellowship has allowed her “to continue pursuing my interests in theater technology, but is also helping me to learn more about the practical applications of what I am learning in my engineering classes.”