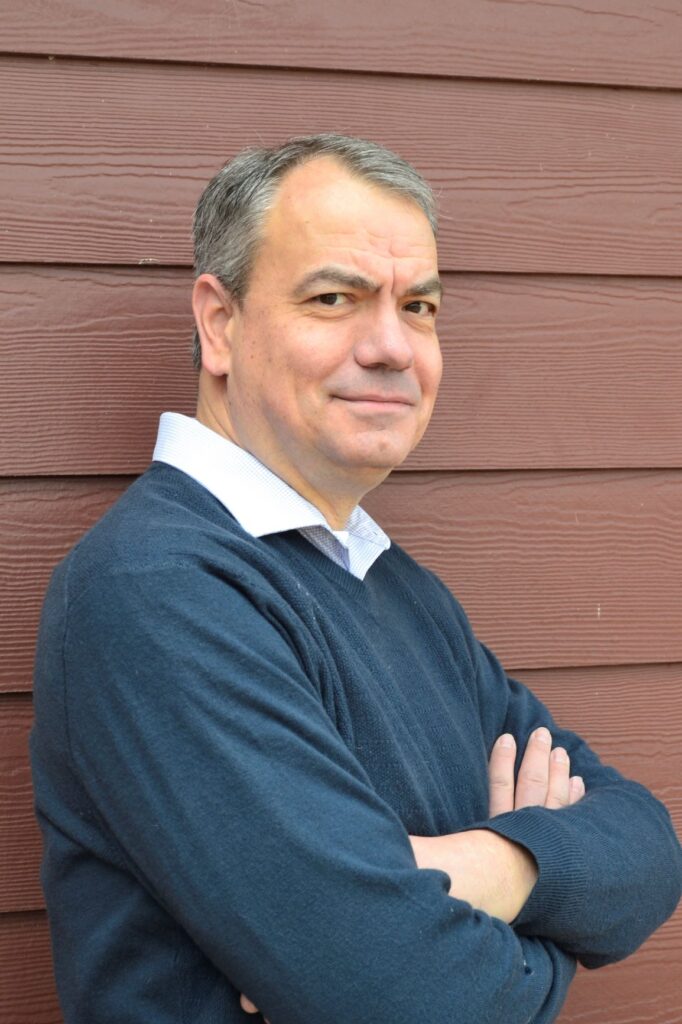 David Komar ’87 knows a thing or two about building a great organizational culture.

After more than three decades in the Army, he recently retired as a brigadier general and has launched a business called Culture Guide, which provides services to help leaders build exceptional and enduring organizational cultures.

Transitioning from the military to a civilian career helping companies build successful cultures was a natural step.

Komar’s military career began at Lafayette College, where he received a degree in economics and business, and his officer’s commission in the ROTC program. His first assignment as a young second lieutenant was in field artillery in Germany, and his first combat deployment came during Operation Desert Storm in 1991 as part of an artillery unit coordinating fire support with the Army’s 2nd Armored Cavalry.

He spent his last 16 years in the Army working at the corporate level, looking at long-range planning for everything from equipment modernization to financial strategies.

“The second half of my career was a little bit different than a lot of Army generals,” Komar says. “But it was a great opportunity to really see how an extremely large organization like the Army runs. The Army has about 1.1 million people, when you look at the Active Component, the Army National Guard, and the Army Reserve, with a $130 billion a year operating budget. Leading and managing something that large was incredibly challenging.”

The scale of his responsibilities expanded even more during his last assignment managing the Army’s process improvement program. Komar regularly interfaced with the Army’s board of directors, Congress, whose 535 members were not shy about sharing ideas and asking him to investigate them.

“One of the challenges is that people will see some very innovative ways of doing things and some very extraordinary ways of doing things out in their districts,” he says. “One of my responsibilities was to build relationships with academia, top business schools, and industry. It was all about finding out what’s out there, the best practices that you could scale and bring to an organization that has to be able to operate anywhere in the world.”

With that kind of managerial expertise and understanding of how to deftly navigate Washington, D.C., bureaucracy, Komar says he was well positioned to start a business back at home in Kansas City, Mo., dedicated to fostering effective organizational cultures.

Komar defines culture as the sum total of the experience of those who interface with an organization, including those working inside it, customers, suppliers, and vendors.

“One of the things that I did over the last 25 years was to develop a framework to allow CEOs to better identify the culture that they’re trying to drive toward and specific behaviors that they are trying to encourage in that organization,” he says. “There’s incredible research out there that shows the connection between having a well-managed, well-developed culture and productivity and innovation.”

Having motivated employees who love what they do every day is crucial.

“That can only happen if you work in an exceptional and enduring culture, where you’re inspired by what that company stands for and the purpose of that company,” he says. “And the only way for that to happen is for the leader, the CEO, the founder, or the director, whoever leads that organization, to understand and actually implement that culture.”

It takes work to reach that moment of authenticity, where people believe in and become invested in the organization’s culture.

“It starts with the leader and what the leader is trying to do. It’s also about what people in the organization expect from a leader. That’s where some of the hardest work begins,” Komar says. “It takes a lot of self-reflection, it takes a lot of humility, and it really takes a deep desire on the part of that leader to want to drive a great culture in their organization. That requires finding their true purpose, something that is inspirational and makes people want to come to work and be engaged and committed to the goal of the organization.”

Establishing effective cultures has become even more critical during the pandemic as companies make adjustments to accommodate employees trying to balance work and home life, he notes.

“This has been a really great opportunity for people to look at their company or organization to identify leaders who have been able to continue to inspire and motivate, during a challenging time like this, the people who work for them,” Komar says.

Tom Moriarty ’85 on His Work for CVS Health