Yolanda Wisher ’98, a leading voice in Pennsylvania poetry, musician, and educator, will deliver the keynote speech for Lafayette’s 186th Commencement ceremony on May 30. She will be awarded an honorary Doctor of Letters degree. 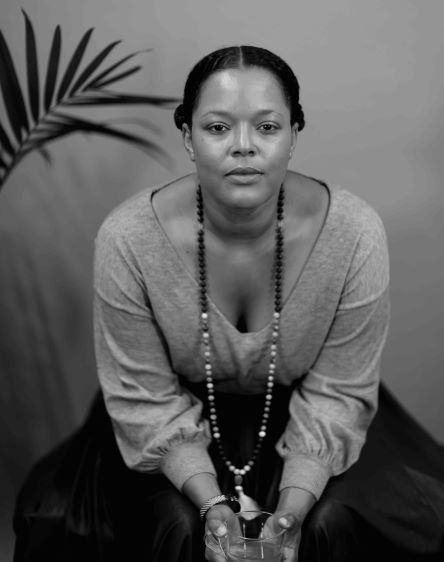 Raised in the Philadelphia suburb of North Wales, Wisher is the author of the poetry collection Monk Eats an Afro (2014). Her work has been included in the anthologies Gathering Ground: A Reader Celebrating Cave Canem’s First Decade (2006), The Ringing Ear: Black Poets Lean South (2007), and A Best of Fence: The First Nine Years (2009).

Founder and director of Germantown Poetry Festival, Wisher has served as director of art education for the City of Philadelphia Mural Arts Program. A Pew Fellow, she received an Art and Change grant from the Leeway Foundation and is one of the founding cultural agents for the citizen-run U.S. Department of Arts and Culture.

“I am deeply honored to be invited to speak to Lafayette’s Class of 2021,” Wisher says. “After such a momentous year of upheaval and loss, I want to share a sense of reflection, hope, and possibility with the graduates and their families.”

She earned an A.B. with majors in English and Black studies and later earned an M.A. in English/creative writing-poetry from Temple University.

In addition to her writing, she sings with her band, the Afroeaters. Blending poetry, blues, and jazz, the quintet has performed on NPR Music’s Live Sessions and for events hosted by Philadelphia Museum of Art, Free Library of Philadelphia, U.S. Department of Arts & Culture, and Barnes Foundation.

Wisher teaches poetry workshops, and her works are featured at many poetry events as well as in newspaper and magazine articles, radio segments, and podcasts.

In March, she provided the words for a photo/poetry feature in the New York Times, and recently she was chosen to be included among the historical markers installed by Temple University that honor select Temple faculty and alumni for Women’s History Month. Her Commencement address also coincides with Lafayette’s celebration of the 50th anniversary of the admission of women.

“During her tenure as Philadelphia poet laureate, she inspired our city to hear poetry in new ways and new places,” said Andrew Nurkin, deputy director of enrichment and civic engagement for the Free Library of Philadelphia.

“Yolanda offered more than one hundred readings, workshops, performances and public events over her two-year laureateship, shared her powerful strains of poetry and song, and lifted up the voices of other Philly poets,” he added. “She continues to lead the Philadelphia arts community through numerous projects and as co-chair of the Poet Laureate Committee, shaping this important civic program for the city and providing mentorship to the poets who have followed her.”