Michael Weisburger ’82 was named vice president of the Alumni Association, a role he will serve for one year before assuming the presidency for a two-year term in June 2022. Weisburger will be confirmed during a virtual ceremony held in June during Reunion.

“Giving back to Lafayette has become a way of life for our family,” explains Weisburger. “Our effort and enthusiasm comes from a place deep in our hearts. I look forward to the opportunity to lead the Alumni Association and work with our new president, Nicole Hurd, Ph.D. The future presents endless opportunities and new challenges for our students and the rest of the Lafayette community, for which I am eager to tackle.” 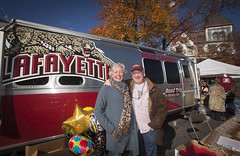 In 2014 Michael and Jenny ’82 drove a Lafayette-themed airstream across the country to garner support for the 150th Rivalry football game. 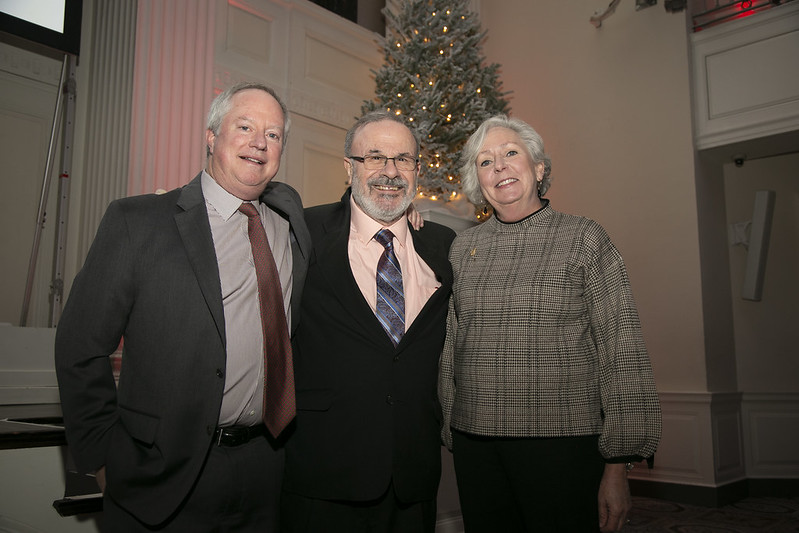 The Weisburgers with Ilan Peleg, Dana Professor of Government and Law at the 2019 NYC Holiday party. “When I realized that Dr. Peleg was going to be at the party, I chuckled to myself. The fact that he was my adviser while I was a student and is still enriching students today really makes me happy. Dr. Peleg has an engaging style and still gets excited when you ask him about current issues facing our world. It is just one of the reasons, including lifelong friendships, that keeps me connected,” said Weisburger.

Among the many ways the Weisburger family has supported Lafayette, in 2014 Michael and Jenny ’82 drove a Lafayette-themed Airstream across the country to garner support for the 150th Rivalry football game. Their “Road Trip to #Rivalry150” kicked off in Los Angeles with scheduled stops on their route to Easton in preparation for the 150th Rivalry football game against Lehigh at Yankee Stadium. With a simultaneous love for travel and supporting his alma mater, Weisburger embarked on a second road trip in 2020 to visit with members of Lafayette’s regional councils to speak about the importance of annual giving. He serves as chair of the Annual Fund. 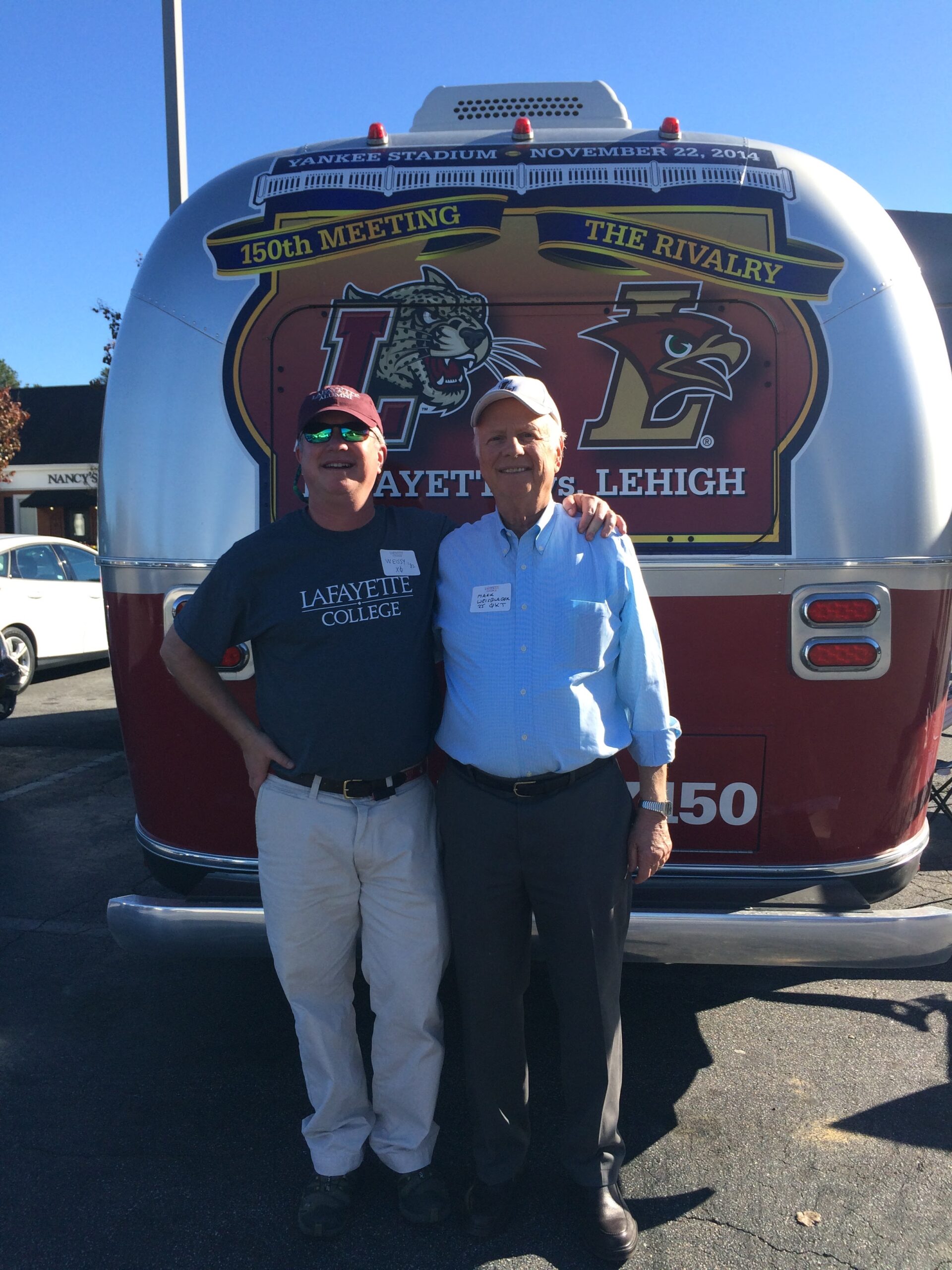 Michael with his father, Mark ’55.

Weisburger’s father, Mark Weisburger ’55, is a trustee emeritus and also served as president of the Alumni Association in 1975-76.