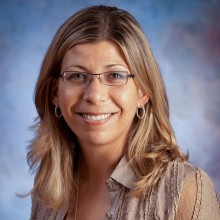 Rachel Goshgarian, associate professor of history, discussed “the persistence of the Armenian Question” on The East is a Podcast, which examines the history of West Asia and North Africa.

Goshgarian is a historian of the medieval Middle East. Her current focus is on using Armenian history to better understand the broader context of history in the Middle East.

On the episode, Goshgarian discussed President Joe Biden’s recent formal acknowledgment of the killing of 1.5 million Armenians under the Ottoman Empire between 1850-1923. While historians have agreed it was a genocide and many governments have acknowledged it, the Biden is the first American president to make such a statement, which was a meaningful moment.

Goshgarian and fellow guest Tamar Boyadjian, who teaches at Michigan State University and is the editor of the Journal of the Society for Armenian Studies, discussed the impact of this statement as well as the impact of genocide denial on the Armenian culture.

Listen to the full podcast conversation.

Categorized in: Faculty and Staff, History, In the Media