Learn about the history and significance of the holiday, plus events to recognize the important day Twitter

On June 19, 1865—two years after President Abraham Lincoln issued the Emancipation Proclamation declaring “all persons held as slaves within the [Civil War’s] rebellious states are free”—Texas became the last state to receive the news that the Confederacy had surrendered two months prior. Also known as “Freedom Day,” “Emancipation Day,” “Jubilee Day,” and “Liberation Day,” Juneteenth has historically been recognized as a long overdue acknowledgment of the harsh treatment that Blacks and their ancestors endured for centuries. 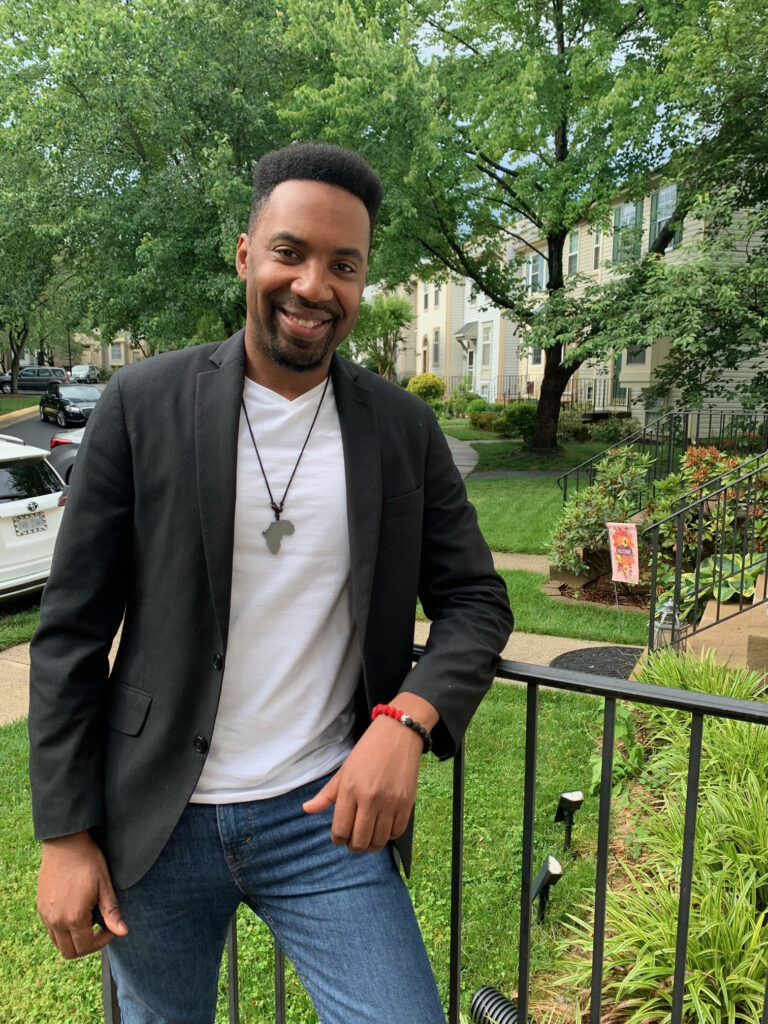 Today, Juneteenth commemorates that freedom, but also emphasizes education, awareness, and achievement. Lafayette will recognize Juneteenth as a holiday Friday, June 18. In some areas, it is not just a day that is observed, but is a week or month that is commemorated with guest speakers, celebrations, community gatherings, and celebrations. We sat down with Tim Cox, associate dean of advising and co-curricular programs and junior and senior class dean, to discuss the history of Juneteenth and the continued fight for freedom and justice around the world.

What is the history of Juneteenth?

“Slaves were never really free once the Emancipation Proclamation went through. In 1864, the Senate approved the 13th Amendment to abolish slavery. And then it went to the House in January of 1865. So, we know that 1865 was the year that slavery ‘ended,’ but now put that in quotation marks. The news spread so slowly, from the east in Virginia, North Carolina, etc., to the furthest western state that had slaves, which was Texas. When that community of slaves in Galveston, Texas, heard of the news on June 19, many say that slavery ended at that point … but the 13th Amendment was officially ratified on December 18, 1865, which became the legal end of slavery.

I think we have to remember that for a long time, Black communities recognized that they could not ‘celebrate’ July 4, 1776, because slavery still existed. And they couldn’t celebrate the Emancipation Proclamation because there was slavery then, as well. Juneteenth goes back to the idea that the best way to celebrate freedom is to recognize the moment that the last of the slaves were freed.”

Why is it more important than ever that we commemorate this important date in history?

“It’s important to recognize how far we’ve come, but also how far we have left to go. Even since the end of slavery, slave-like conditions continue. We have all of these practices in place that didn’t protect the rights of Black people in the United States. And we’ve seen the unjust murders, the unfair treatment, the practices that, again, have prevented Blacks from seeking education, the right to vote, and things of that nature that all started coming to a head with the now one-year anniversary of the George Floyd murder, and the combination of other murders that happened before that and even after. We recognize that the struggle against racism and the fight for freedom still exists.”

Juneteenth is a serious day for reflection, so it may feel off-putting for some to say that we “celebrate” it rather than saying that we are “commemorating” it. What is the best way to properly acknowledge the date?

“I think it’s a bit of both, but it depends on what we do to celebrate or commemorate. I think that the celebration is generally something that’s done in Black communities. There are educational events where guest speakers are invited to share the history of slavey that has been long left out of our general history discussions, and church services where communities pray and talk about it. I learned a lot about it in the past couple years, where some communities have cookouts, rodeos, and parades. People across the country are still organizing marches in awareness of the importance of equality and equity for everyone. Now, we commemorate it because we also recognize that since 1865, those conditions have continued and we’ve seen a lot of the terror continue after the Civil Rights Movement in the 1960s. We’ve had to ask ourselves, ‘Are we really free? What are we truly celebrating?’ In that case, we’re still, today, trying to find a place where we feel a part of a united country.”

How can we, as an institution and as part of the Easton and greater Lehigh Valley community, work together to observe Juneteenth in a meaningful way?

“I think if there’s anything that Lafayette or the surrounding area, or the state, or the country can do, it’s to pinpoint where the injustices are and say, ‘Here’s something that we need to tackle today!’ That way, you come back and celebrate to say, ‘Hey, this was going on or this was happening on our campus and community last year at this time. Here’s what we did over the past couple of months to ensure that this is no longer a problem.’ So, let’s talk about those injustices that are currently happening—what we know personally, and highlight what we’ve done. 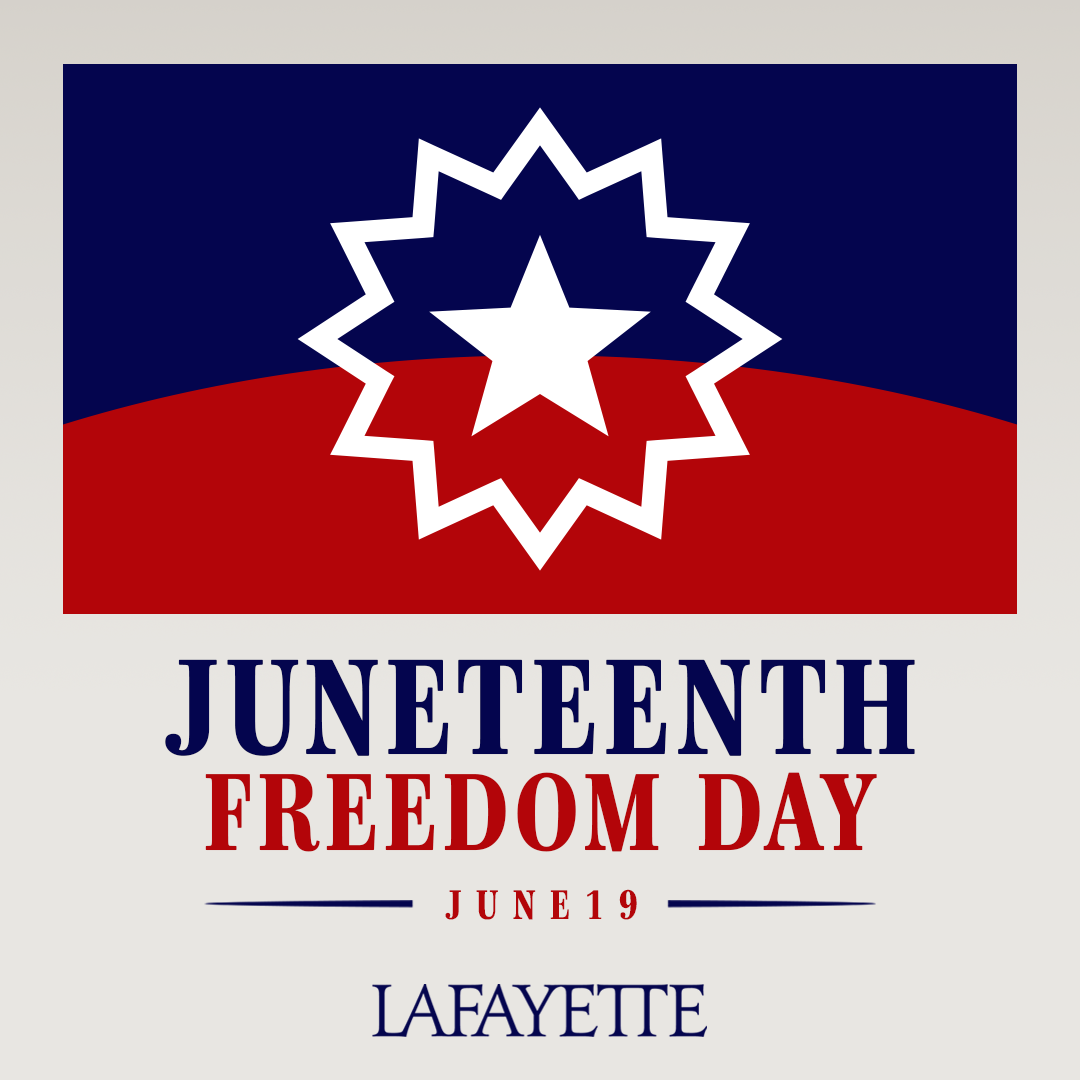 In June 2020 Lafayette College announced that starting in 2021, it will officially observe June 19 as a College holiday. (Because June 19, 2021 falls on a Saturday, the College will be closed on Friday, June 18th.)

Recognizing the importance of Juneteenth serves as a reminder of the continued efforts needed to eliminate racial inequality in our country and in our community. This year Lafayette is partnering with Lehigh University and Juneteenth Lehigh Valley to offer programming to educate members of our community about the significance of Juneteenth. Programs Wednesday, June 16 include: an artist panel discussion, “Art as Emancipation,” at noon; Philadelphia poet laureate Trapeta Mayson at 3 p.m., and a talk about the history and importance of the holiday by Eddie Glaude Jr., bestselling author and chair of Princeton’s Department of African American Studies, at 6 p.m. In addition, Juneteenth Lehigh Valley will host a daylong celebration at SteelStacks in Bethlehem, which will include theatrical performances, children’s activities, short film panel discussion, art displays, a historical tasting menu, ethnic food trucks and vendors, and more. All members of the Lafayette community are encouraged to take time to learn about the significance of this day in our history by participating in one of these programs or by engaging with other resources.

June 19, a date that has become a symbol of the emancipation of slaves in the United States, continues to gain national recognition. Juneteenth originated in Texas, commemorating June 19, 1865, when African Americans in Galveston learned belatedly of the Emancipation Proclamation, which had been signed more than two years before.

At Lafayette, we believe everyone in our community shares responsibility for creating, maintaining, and developing a learning environment in which difference is valued, equity is sought, and inclusiveness is practiced