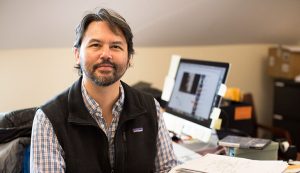 Christopher Lee, associate professor of history and Africana studies, recently had a piece published in The Conversation in which he expresses how issues of framing, narration, and analysis have created problematic misrepresentations, resulting in Africa’s long history with China being ignored.

Read his entire piece in The Conversation.

Categorized in: Africana Studies, Faculty and Staff, History, In the Media