Recently recognized as a Top Young Professional by Engineering-News Record, Keon West ’06 (A.B. Engineering) has been on some impressive projects during his first decade with Clark Construction Group, including high-rise residential buildings, commercial office buildings, and hotels throughout the Washington, D.C., area. He then moved to California to oversee San Francisco’s $1.4 billion Chase Center.

West credits his success to Lafayette’s engineering studies program, which opens doors by grounding students in the understanding of many concepts. 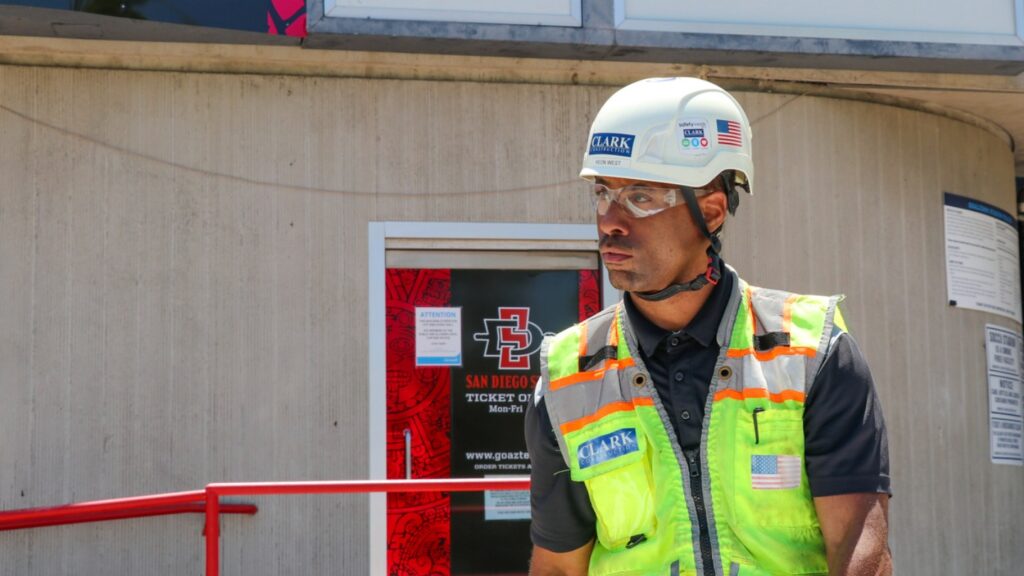 You’ve been assigned to some high profile projects with Clark Construction, including a particularly pretty big one now. What’s it all about?

We’re actually knocking down the Chargers stadium, and then we’re going to build a new San Diego State football stadium next to it. So we’re actually building it while we’re taking down the old stadium right next to it. Eventually residential lots will be developed, requiring us to install utilities, with parks around them.

Can you talk a little bit about the recognition that you recently received from Engineering-News Record and what that meant to you, personally and professionally?

You know, it kind of caught me off guard. I’m really not big on recognition, but it was nice to be part of a group people under 40 that was recognized nationally. To see the compliment and to be recognized nationally for the work that I do here, it was definitely nice.

What led you to pursue a degree in engineering studies and how did it prepare you for your career?

In middle and high school, I thought I’d be an engineer. When I came to Lafayette, I learned about engineering studies and thought it’d be the right fit for me because my personality wasn’t necessarily about diving into the numbers and the nuts and bolts. I wanted to also have some business savvy and know how to operate in that world. Engineering studies spoke to that.

If you had an opportunity to give a sales pitch for engineering studies, what would that be?

The engineering studies program makes you fluent in so many languages spoken in the business world and opens doors to so many opportunities by grounding you in an understanding of many concepts. Much of the credit goes to the faculty who know how to help students get engaged in the professional world.