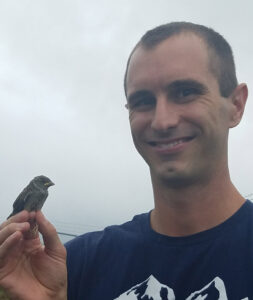 The Pennsylvania Game Commission is investigating more than 70 reports of songbirds that are sick or dying due to a mysterious health condition.

Mike Butler, associate professor of biology, spoke to WFMZ-69 News about the illness, which he says could be caused by biological condition or a toxin.

Butler, organismal biologist with a particular interest in physiological ecology and animal behavior, says the popularity of bird watching could be beneficial to the scientific community.

“When we do see those population changes, people notice them, and that’s a really big benefit because we’re going to catch that information,” he says. “As opposed to some other species, it would be a lot harder to even know something is happening until it’s too late.”

Prof. Mike Butler on how parasites affect growth and development
Categorized in: Biology, Faculty and Staff, In the Media, News and Features