Brad Meigs ’71 speaks about his path to Lafayette, successful career, and decision to support the College Twitter

When it came time to choose a college, Brad Meigs ’71 decided to make the trip to visit Lafayette from his hometown in Manchester, Massachusetts, through a recommendation from his godparents. 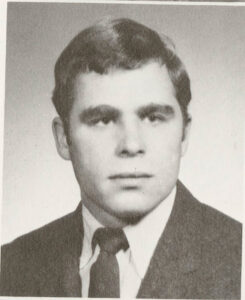 “My mother and godmother were very close, and my godparents’ son, Bruce Carpenter ’69, attended Lafayette,” explains Meigs. “So I decided to apply and was accepted. It felt like I already had family at Lafayette.”

Meigs entered Lafayette as an engineering major and remembers Prof. Clay Ketcham fondly. As his adviser, Ketcham helped Meigs navigate his path at Lafayette. Meigs ultimately switched to economics, which more closely aligned to his interest in finance. Meigs also participated in ROTC and was a member of Delta Tau Delta. After graduating, he served in the Army before launching his successful career in finance, which coincidentally also was initiated through his connections at Lafayette.

“My first job after graduating actually came together through two fraternity brothers who were also brothers, Bill ’71 and Peter ’69 Hurwitch. We are still great friends today. Their parents were very close with a senior member at an investment firm called L.F. Rothschild on Wall Street and were able to get me in for an interview,” explains Meigs. “I started working for L.F. Rothschild in 1972, which included six months of training in New York, before I transferred to their Boston office. I worked at L.F. Rothschild for two years before moving to New York Life, where I’ve been ever since.”

Meigs has had a successful career in finance and supports many causes and institutions that have been beneficial to his family over the years, including Lafayette. Several years ago, Meigs decided to name the College as one of the beneficiaries of his 401k to ensure his support will not be taxed and could be stretched further.

“One of the benefits of naming a charitable 501c3 institution as a beneficiary of your 401k or IRA is that the investment isn’t subject to hefty taxes. An inheritance gift could be subject to four different taxes—federal and state income tax and federal estate tax and state inheritance tax, which could take a substantial amount from the inheritance. This is a terrific option for those who want to make sure their gift is 100% supporting the causes they intended,” Meigs explains. 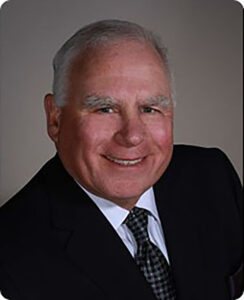 Brad Meigs ’71 is a financial advisor for New York Life in Bridgewater, Massachusetts

“I’m interested in the success of Lafayette,” says Meigs. “The College can truly benefit from financial support from alumni, and I know that my gift to Lafayette will be fully utilized through a 401k beneficiary designation.”

If you would like to learn more about naming Lafayette College in your estate plans, contact Joe Samaritano ’91 at 610-330-5047 or via email at samaritj@lafayette.edu.