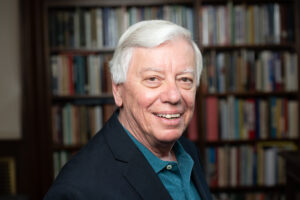 Robert B. and Helen S. Meyner Professor of Government and Public Service, John Kincaid, spoke with WFMZ-TV about Congress moving forward with budget reconciliation, and how that may hurt both political parties during midterm elections.

“They’ve been comparing it to the Great Society of the 1960s, but after that round of Great Society legislation, Richard Nixon was elected in a landslide in 1968,” said Kincaid. “If Nancy Pelosi doesn’t tread very carefully here, they [Democrats] could lose both bills. They know once these are in place it’s very difficult for them to be removed. So even if it costs them the House in the next election, they will have cemented those programs in place.”