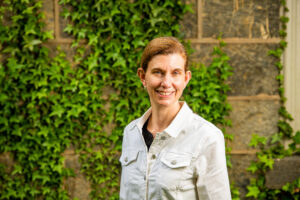 In her fourth appearance on NPR’s Marketplace this year, Julie Smith, professor of economics, offered her views on inflation, noting that while it appears to be slowing much uncertainty remains.

“This debate on whether these factors that we’re seeing in inflation are transitory or not, I think comes down to the difficulty we have right now in interpreting the inflation data,” she told Marketplace host Kai Ryssdal.

As long as the coronavirus remains a large part of driving the economy, it’s going to be difficult to determine where inflation is going, Smith noted.

If families are spending more on food and energy, as reported in the latest Consumer Price Index, “I am concerned that that means those households have less income then to spend on discretionary purchases,” Smith said.

Listen to the segment.

Economics in the Age of COVID