Gamelan Çudamani, a music and dance ensemble from Bali, performs for the first time in two years on stage for Lafayette community Twitter

“Water is the embodiment of spiritual power, a living power, a blessing, both seen and unseen,” says Judith Mitoma, dance professor emerita at UCLA and producer of Gamelan Çudamani, a Balinese ensemble of music and dance.

That power was on display during the world premiere of Water-Tirta that debuted on the Williams Center for the Arts stage and began a mid-Atlantic tour over the next several weeks.

The performers, all 24, are from the same village in Bali, and many are related: daughters, nephews, grandchildren, and brothers. Despite the tourism-based economy of the island, Çudamani only plays at temples and religious ceremonies and never for money. They play instead for the love of music, the joy of life, and the celebration of their place on the planet.

Their playing began on campus on Friday afternoon as Larry Stockton, professor of music, invited his class as well as the percussion ensemble to play with the group. Hollis Ashby, artistic and executive director of the Williams Center Performance Series, also invited members of the College Hill community. 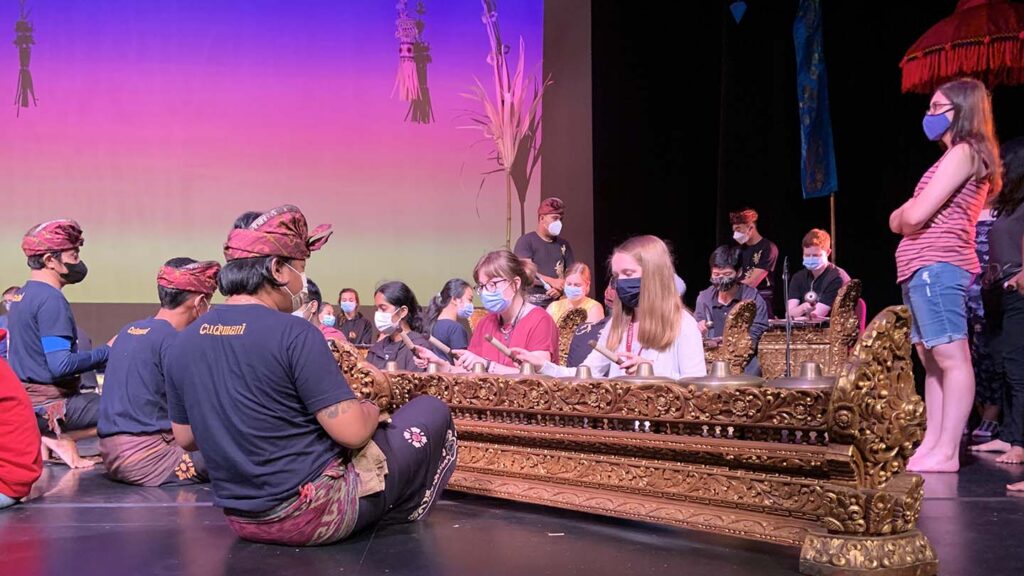 The deep reverberation from a brass gong marked tempo as Dewa Berata, director of Çudamani, spoke with the students and guests. While the first song was a bit shaky, the second one was ripe with rhythm, melody, crescendos, tempo shifts, and joy.

“Water is the source of life,” says Mitoma. “It is the basis for religious stories, various deities help protect it and the crops and animals that depend on it. Water is used to bless worshipers in ceremonies. From the mountains to the oceans, water surrounds us and embodies us and all that we do.”

Doing is an important verb. The Balinese display their reverence for the sacred through action. In her pre-show talk, Mitoma said the people are constantly creating, and held up a headdress created with cardboard, wire, and flowers.

“They derive joy by doing this,” she said. “Creating work like this empowers them to be together for the greater good.”

Lafayette, in partnership with the Mid Atlantic Arts Foundation, was fundamental in bringing the ensemble over to play.

It was no wonder when President Nicole Hurd took a moment to appreciate Ashby publicly for the first time for earning presenter of the year. 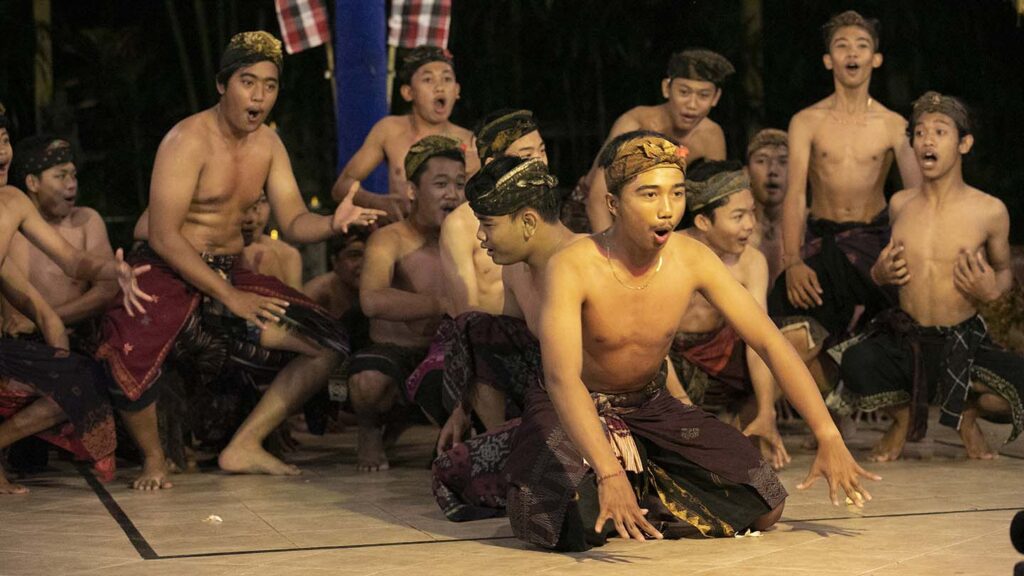 Then the stage was alight with sight and sound. In one piece, the musicians take to their feet as gardeners, miming actions of working fields while clapping, slapping, stomping, and vocalizing the sounds of labor. When they sit, out come dancers who move like rain. Throughout the performance, they look at each other and smile.

A few images are credited to Giancarlo Galavotti.

Williams Center for the Arts

The 2021-22 season at the Williams Center for the Arts is destined to celebrate anew the sound of the human voice, the lyrical expression of the body in motion, the expanse of ideas at play in musical composition, drama, art, and choreography.