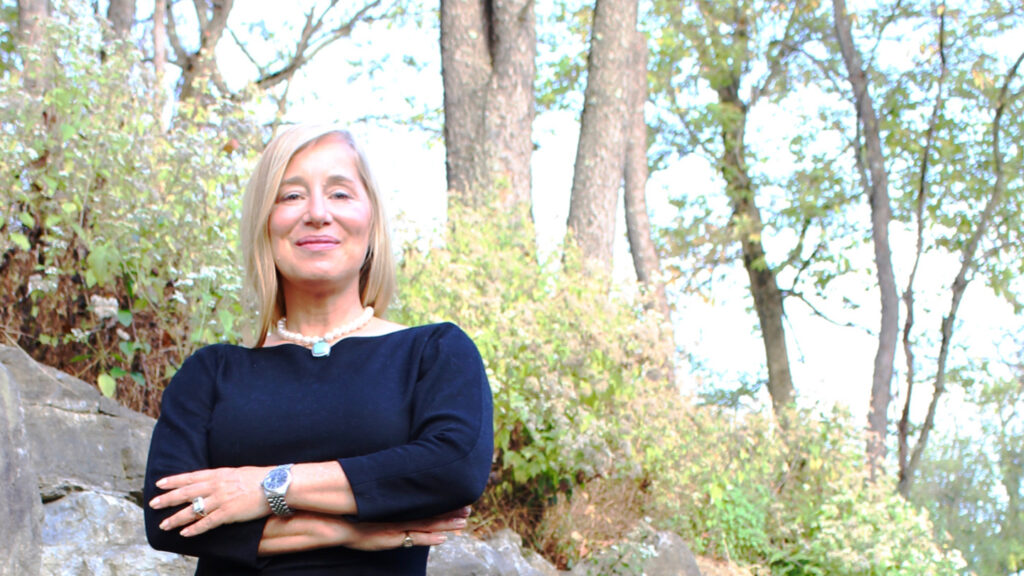 “You have breast cancer.” These four life-changing words will be spoken to over 280,000 women in the U.S. this year—women who will need spouses, partners, family, and friends to become a support system. However, the reality is not every patient will have the same level of assistance or even the same access to medical information and treatments to help face the physical, psychological, and emotional challenges that come with a cancer diagnosis.

For Amy Burkholder ’85, breast cancer touched her family for the first time in 2012, when her younger sister, Jenny, was diagnosed with hormone-positive stage IIB invasive breast cancer, which is treatable and curable. Burkholder, a Lafayette biology graduate, had experience working with the country’s top cancer physician-scientists, having carved out an impressive career as a medical producer for CNN and CBS News correspondents Dr. Sanjay Gupta and Dr. Jon LaPook, and later, after leaving network news, leading global communications for the first-ever FDA-approved cellular gene therapy for cancer at Children’s Hospital of Philadelphia. When Burkholder got the news that Jenny, 40 years old and raising two young daughters, who hadn’t even had her first mammogram, had been diagnosed, she tapped into her knowledge, tools, and connections to help make a difference. 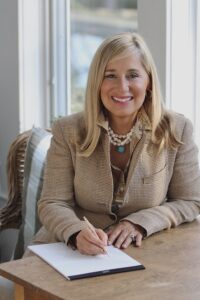 “I had a team—by virtue of being a medical producer—of advisers who could jump in, help us understand what was happening, and help empower us to evaluate options as Jenny made the best treatment decisions for her,” shares Burkholder.

Nine years later, Jenny’s story took a turn. She had pain that did not go away—a distinct feature of cancer pain is that it does not get better, and often wakes you up at night. In December 2019, Jenny was diagnosed with stage IV metastatic breast cancer, widely regarded as advanced cancer that has traveled to other organs, not curable but which patients can live with as a chronic disease.

The key word—living—is what the sisters have embraced. From her earliest time battling the illness, Jenny became a volunteer with Living Beyond Breast Cancer (LBBC), an organization that, for over 30 years, has assisted people affected by breast cancer by providing free nationally recognized programs and services, including conferences, webinars, publications, peer support, and more, ensuring that no woman who is impacted by cancer feels uninformed or alone. And it is because of Jenny’s connection that Burkholder has, as of January 2022, joined LBBC’s board of directors.

“Jenny saw how important it was, from a first-person perspective, to be able to talk to women recently diagnosed, to share her personal experience and to be a sounding board as they navigate treatment with their oncologist, surgeon, and radiologist. My entire family got involved with LBBC, which was there for her again when she was diagnosed with metastatic breast cancer. But at that point, the organization meant something different—it meant access to not only the top experts and trusted information about new and emerging therapies, but also access to and the emotional support of women thriving in the face of such a challenging diagnosis,” Burkholder explains.

“I got to know the CEO, Jean Sachs, who is not only a visionary, but has the institutional knowledge and potent network within the cancer community that comes with running the organization for over 25 years. Joining the LBBC board has become a chance for me to amplify LBBC’s message, because how we talk about breast cancer, how we process it, and how we share information are so important.”

One of Burkholder’s priorities is helping LBBC address racial inequalities that exist for women of color, who are 40% more likely to die of breast cancer than white women. LBBC has a key presence at national breast cancer conferences, where patient advocates are driving new initiatives to end bias and make cancer care more inclusive. Burkholder also has a passion for helping women with a diversity of diagnoses be informed and empowered patients, whether they are previvors with a genetic predisposition to breast cancer, young, postmenopausal, or in early stage or late stages of the disease.

A breast cancer diagnosis can turn your world upside down, says Burkholder, and that’s where an organization such as LBBC comes in. “Reaching out to LBBC can be like turning to a friend, but this friend is also connected to the top oncologists, is a trusted medical expert, who listens and provides the emotional support you need and then connects you to other women who have gone through the same thing. It’s powerful.” LBBC also offers, Burkholder says, calm in the initial storm of thoughts and misconceptions that can come with a cancer diagnosis.

“The earliest form of breast cancer, DCIS, has been called a ticking time bomb in the media, and that’s not helpful. And it’s most often not true. We’re innately tuned to react quickly in a crisis, and breast cancer can feel like a crisis. Women have time to research their diagnosis, to reach out, to get a second opinion, and to evaluate the best treatments available to them,” says Burkholder.

“The whole cancer paradigm is shifting so dramatically now—particularly in metastatic breast cancer—because we have powerful new drugs, new drug combinations, and targeted treatments, such as stereotactic radiation that goes after the tumor without the collateral damage of chemotherapy. To see Jenny, who is healthy, active, and teaching yoga, you wouldn’t even know she has metastatic breast cancer. She’s living beyond it! To me, that’s the inspiration of LBBC.”

Where Are They Now? Biology Grads