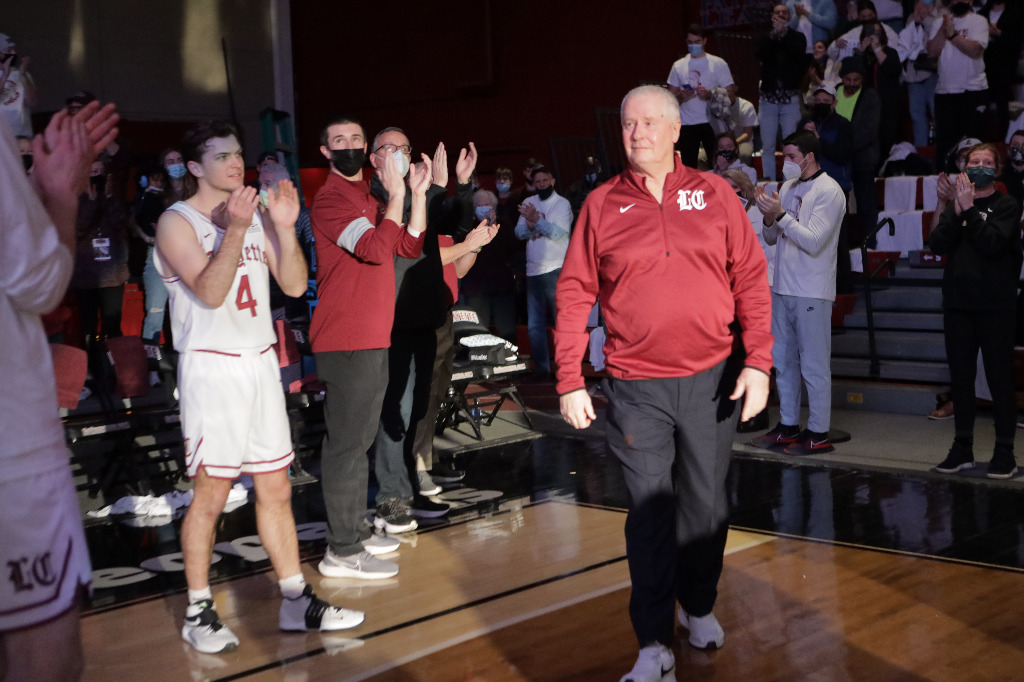 Philadelphia native and Villanova alum O’Hanlon was honored before a sellout crowd at Kirby Sports Center, before the Leopards faced off against Lehigh. To honor the legendary coach, Easton mayor Sal Panto declared Saturday “Fran O’Hanlon Day.” Nicole Farmer Hurd, president, and Sherryta Freeman, director of athletics, presented O’Hanlon with a framed No. 27 jersey to represent his 27-year coaching career at Lafayette. In addition, the creation of the Coach Fran O’Hanlon Men’s Basketball Endowment Fund was announced. The final piece of the pregame ceremonies featured the unveiling of a banner honoring O’Hanlon, hanging from the Kirby Arena rafters alongside the championship banners earned by his teams throughout his Lafayette career.

O’Hanlon has led teams to three Patriot League regular-season titles, been named conference Coach of the Year on four occasions, and has taken the Leopards to the NCAA Tournament three times.

Categorized in: Athletics, Faculty and Staff, Featured News, In the Media