'I look forward to strengthening and building relationships with the players, fellow staff, and the Lafayette community as we embark on this championship journey together' Twitter 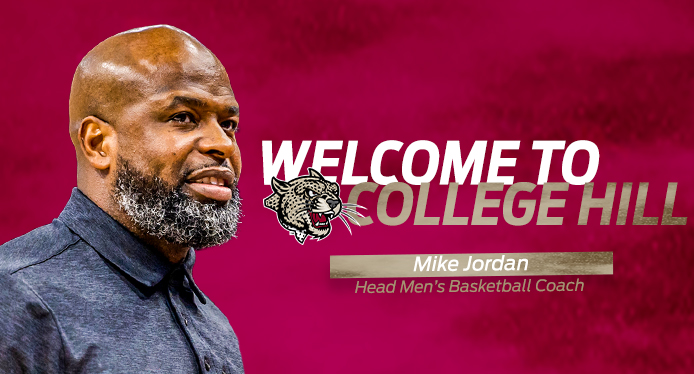 Mike Jordan, who spent nine seasons as an assistant coach on the Colgate men’s basketball staff, has been named the 19th head coach of the Lafayette men’s basketball program. Jordan will be officially introduced on Wednesday at a 3 p.m. press conference in Pfenning Alumni Center.

Jordan’s most recent stint at Colgate in 2021-22 saw the Raiders win their final 15 games to capture the conference title and advance to the NCAA Tournament under head coach and fellow University of Pennsylvania alum Matt Langel.

“After conducting a national search we are excited to welcome Mike to the Leopard family. It was important to find a partner who was committed to driving our men’s basketball program to Patriot League success while embracing the Lafayette community and the amazing things we can do to elevate the College,” said Lafayette Director of Athletics Sherryta Freeman. “Mike is a tremendous recruiter, a high energy motivator and has been a winner at every stop. He cares about his players and is committed to their growth and development into champions.”

In 2020-21, Jordan worked as an assistant at Drexel under head coach Zach Spiker, helping lead the Dragons to their first-ever CAA title and the program’s first NCAA Tournament appearance in 25 years.

“I am extremely excited and thankful to President [Nicole Farmer] Hurd and Director of Athletics Freeman for blessing me with the opportunity to be a part of the Lafayette family as its new men’s basketball coach. I look forward to strengthening and building relationships with the players, fellow staff, and the Lafayette community as we embark on this championship journey together,” Jordan said. “I would like to thank my brother, Matt Langel, and Colgate for providing me the opportunity to coach the game I love and to grow as a coach and as a man while preparing me for this next chapter.”

Before arriving at Colgate, Jordan played professionally in Europe, seeing time in nine different countries from 2000-2011. He was a two-time champion and all-star in the German Bundesliga, while also being named an All-Star in the Italian A1 league. In 2000, before leaving for Europe, he played for the Philadelphia 76ers summer league team and also was a member of the Boston Celtics preseason team.

A Philadelphia native, Jordan graduated with a bachelor’s degree in sociology from Penn where he was a member of the Friars Senior Society. Jordan and his wife, Katie, have three daughters: Eva, Bella, and Jayla.

Visit the official athletics website for the Lafayette College Leopards for game schedules and results, live broadcasts and interviews, images from recent events.