The Morning Call spent time with John Troxell ’94, who was named Lafayette’s football coach in December.

“It’ll be fun to watch the kids and evaluate them,” Troxell told the newspaper. “We’ve been working hard at it. The kids have been learning an entirely new offense and defense and special teams, for that matter. They’ve done a great job of trying to adapt and learn and we’ve gotten a lot better through the first 12 practices so far and I think the kids are excited.” 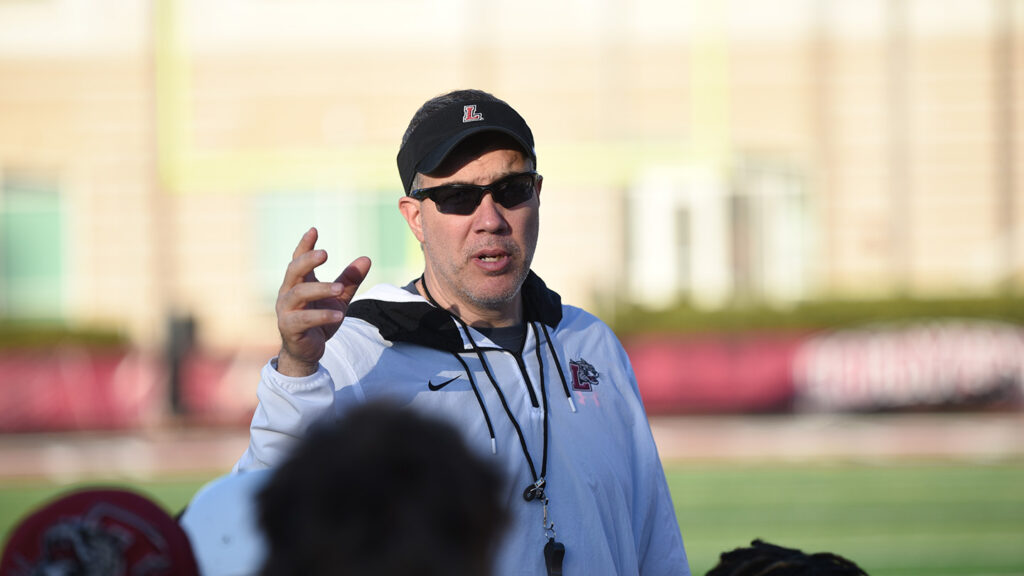 John Troxell at a recent practice

Troxell and his newly assembled staff have been coaching the players hard and preparing for their season opener on Sept. 3 against Sacred Heart.

“Our president [Nicole Farmer Hurd] is an amazing woman and a breath of fresh air here,” Troxell told the newspaper. “She cares, and our athletic director, Sherryta Freeman, cares, and we want to make our alumni proud. I have friends who have been starving for wins and victories, and they’re all excited to help and say ‘What do you need?’ and ‘How can we get there?’ When you can get not just the players and coaches to believe but also the alumni and administration, that’s a big boost in helping you win.”

Categorized in: Alumni, Athletics, Faculty and Staff, Featured News, In the Media