Trapped in Europe during height of the pandemic, Tafita Rakotozandry ’22 recounts how he made it back to Lafayette  Twitter 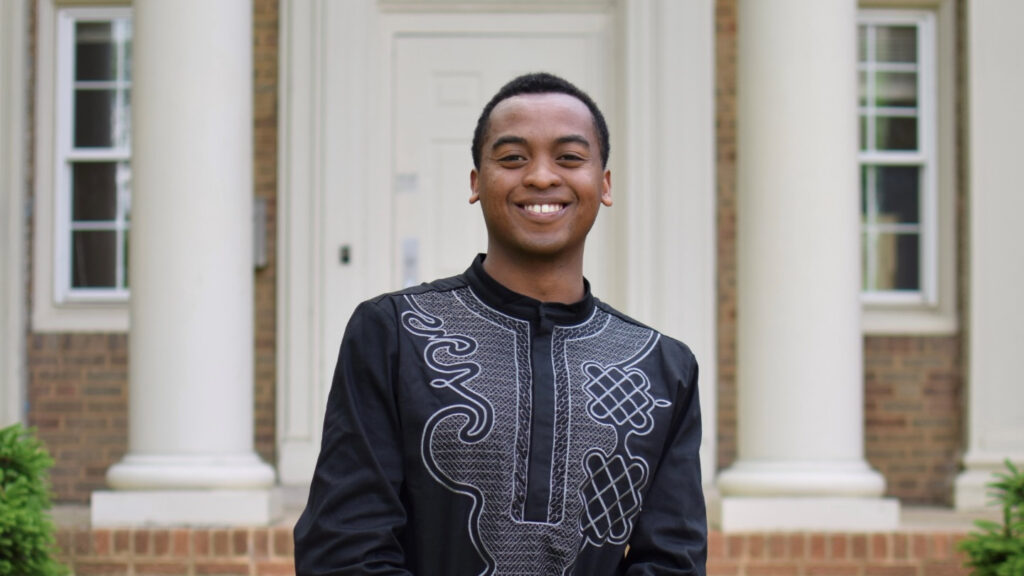 Trapped in Europe during the height of the pandemic, Tafita Rakotozandry ’22 never gave up on trying to return to Lafayette, following a tenacious spirit that ultimately brought him back to campus.

During the start of the spring 2020 semester, he went to Germany as part of the Engineering Division’s study abroad program, eager to expand his knowledge of electrical and computer engineering and German culture and take advantage of the competitive scholarship he received from Deutscher Akademischer Austausch Dienst (DAAD).

“There had been news about the spread of a virus in China, but at the beginning of the study semester abroad, no one knew what was going to happen,” Rakotozandry recalls. “Then everything started to spread all over the world. It was all over the news. And that’s when there had been a rumor that maybe the study abroad will be stopped and everyone would need to return home.”

Suddenly borders started to close, including those of his native Madagascar, the United States, and the European Union. The Lafayette students in the program were still able to make it back to the U.S., but Rakotozandry, as an international student, could not. Not knowing where to go, he contacted relatives in France, to see if he could stay with them to ride out the pandemic, and caught the last flight there from Germany before the French government closed the border.

“I was very lucky to make it,” says Rakotozandry, who stayed with his relatives in France from mid-March until August 2020, longer than he expected because his visa to stay in the EU expired during his stay.

Growing increasingly stressed about the status of his expired visa, he says the Lafayette Study Abroad Office, Lafayette International Student Office, and the Akademie für internationale Bildung (the hosting school in Germany) worked tirelessly to extend it, adding, “there were a lot of exceptions being made for international students, but we still couldn’t go anywhere because of travel restrictions in the EU.” 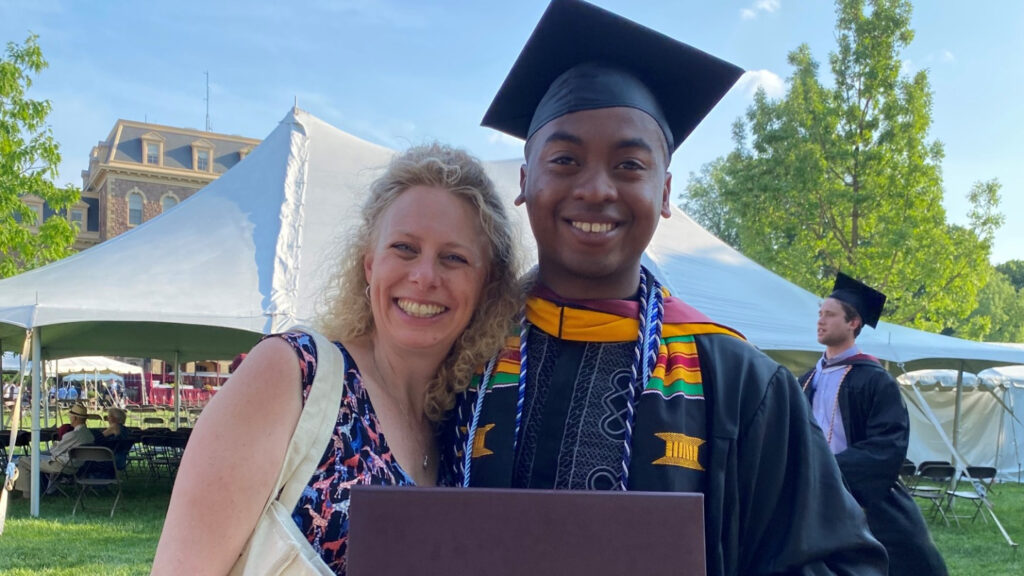 Tafita Rakotozandry ’22 with international student adviser Janine Block ’94, who helped him with the paperwork needed to get back in the U.S. during the height of the pandemic.

Rakotozandry thought about returning to Madagascar and taking a gap year, but COVID-19 was spreading fast there at the time, and he recognized that widespread vaccine distribution would be slow to arrive. He also considered traveling to Turkey, which is not part of the EU, and staying there until he could get a flight to the U.S.

“Luckily, the U.S. government started to lift restrictions for international students after the ongoing efforts made by several colleges and universities across the country,” says Rakotozandry, who made it back to Lafayette in August 2020. “I was so happy that I made it back. Since that time, I have not traveled internationally yet. I do not want to be in that situation again. It was a stressful time.”

Rakotozandry, who came to Lafayette through the Lafayette Initiative for Malagasy Education (LIME) program, a partnership among Lafayette, the U.S. Embassy in Madagascar, and Lycee Andohalo Antananarivo, says the stress lifted away when he settled back at Lafayette.

“I was honestly so happy just because I knew the struggle to get back,” he says. “It was such a series of ups and downs, and I wasn’t sure if I would make it back.”

Rakotozandry is always in a positive spirit regardless of the challenges, says Yih-Choung Yu, associate professor of electrical and computer engineering and department head. 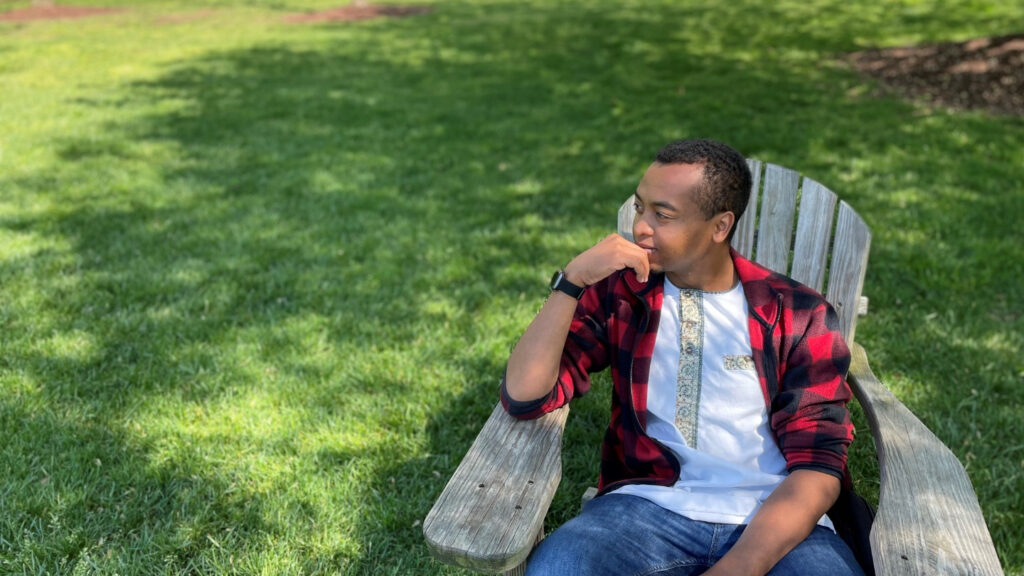 “He never stops finding opportunities that can improve himself,” Yu says. “He had three job offers to work in the U.S. after graduation. His college experience hasn’t been easy for him. His hard work for the last four years is paying off. I can see a bright future for him.”

Lafayette and the opportunities it provides will always occupy a special place for Rakotozandry.

“People here really helped me and called me to see how I was doing,” says Rakotozandry, who’s starting work this summer at a cybersecurity company in Boston. “It was such an exceptional time in the world. It was hard to predict what would happen at any given time. On the other hand, Lafayette offers different opportunities such as research, study abroad, mentoring, and access to labs that help me to learn and grow. That’s why it was important for me to get home to Lafayette.”

His travel ordeal also taught him to remember that life presents certain obstacles that can’t be controlled.

“I knew the spread of the pandemic was something I couldn’t control,” Rakotozandry says. “I was stressing so much and asking why is this happening to me? Then I started to find ways to manage the situation and adapt. Learning to make the best of any situation that presents to me is the valuable lesson that I learned. This lesson will always help me throughout my life.”

Video, photos, recording of the ceremony