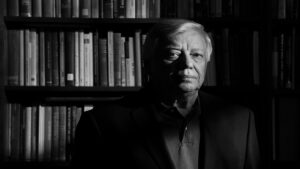 WFMZ-TV reported on the local impact of Friday’s Supreme Court decision to strike down Roe V. Wade. John Kincaid, Robert B. and Helen S. Meyner Professor of Government and Public Service, shared his insights on whether the ruling will impact Pennsylvania state elections, including the race for governor.

In Pennsylvania, it is legal to get an abortion up to 24 weeks of pregnancy. Even if the Republican-controlled state legislature passed a ban, it would be vetoed by Gov. Tom Wolf. But, his term is up at the end of the year.

“So the legislation we have on abortion will depend on who gets to be governor in the next round,” Kincaid said. “The decision may bring out more Democrats in the election than there otherwise would be, so that will help the Democrats, but I believe it will have a more marginal, rather than major, impact,” Kincaid said.