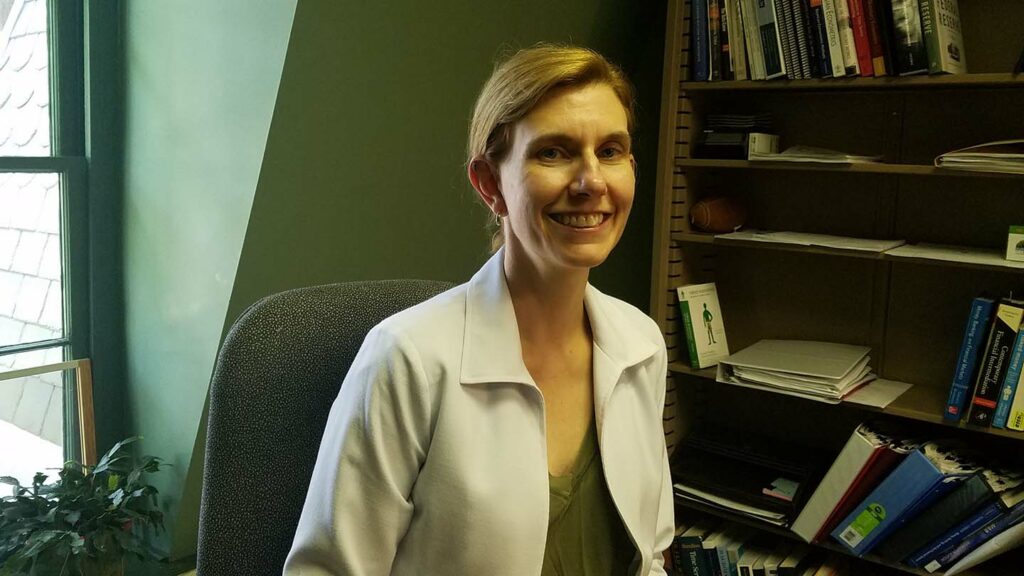 Julie Smith, professor of economics, on June 27 joined a panel discussion on antitrust and inflation hosted by the Information Technology and Innovation Foundation (ITIF), a leading think tank for science and technology policy based in Washington, D.C.

As part of the latest installment of the ITIF’s Dynamic Antitrust series, the panel’s topic centered on the relationship between corporate concentration and inflation.

Smith, who opened the discussion, noted that the interaction of supply and demand have played a role in inflation, the highest since the 1970s. COVID relief packages provided by both the Trump and Biden administrations were spent but some households saved it to pay down debt, keeping disposable income from falling below trend, as it did after the Great Recession, she said.

“This ensured the aggregate demand, which is made up mostly of consumer spending, which is about 70% of U.S. GDP, was able to bounce back after we saw very steep declines in April and May of 2020,” Smith said. “But we also saw shifts in the consumption patterns of households. Households just shifted towards consuming more goods and fewer services due to the contagious nature COVID.”

It’s unlikely that the American Rescue Plan contributed largely to inflation, because many advanced economies, which did not enact similarly large fiscal packages, are also seeing rising inflation rates, she noted.

For consumers over the next five years, it appears that inflation will rise by about 3%, close to the average over the last decade, and the Federal Reserve has a clear mandate for price stability, Smith said.

Oil supply disruptions created by the war in Ukraine have been priced into the market, which may cause oil and energy prices to stabilize as well, she said.