'We use our sport to do good. Social responsibility and being a good corporate citizen are part of this business' Twitter 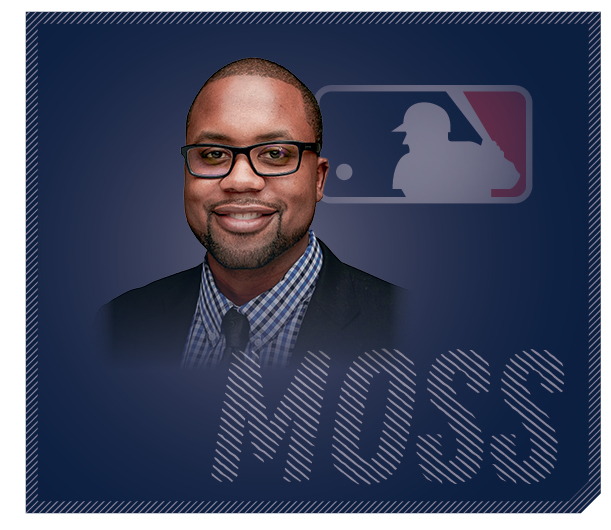 The plan was always football. The Arena League. Canada. The NFL if he could get noticed. Kevin Moss ’04 didn’t care where or how, as long as it happened on a gridiron. The offensive tackle played four years of Division 1 football for the Leopards and was a three-time All-Patriot League selection. But in 2004, the phone calls from scouts didn’t come and graduation did, so Moss settled into a career as a child welfare caseworker back where he grew up, in New York City.

The work was rewarding, but emotionally exhausting. Moss investigated cases of abuse and neglect, removing children from their homes if necessary. After three years, he burned out but knew he could still create positive change elsewhere.

Maybe football wasn’t in the cards, but he knew the best way for him to make change was through sports. So, he became a Little League baseball coach in Harlem.

There, he connected with the founder of the league—an insurance executive. At a meeting to discuss a potential career switch into the industry, Moss noticed a photo of the executive with the then-commissioner of MLB, Bud Selig.

Looking at the photo, Moss admitted he would never be passionate about insurance. But in baseball, he said, he believed he could make an impact. Which is how one phone call led to a 14-year career in MLB.

“We use our sport to do good, at a very, very basic level,” Moss says about his current role as MLB’s director of community affairs.

For more than a decade, he’s worked at the league office in New York City, planning and executing programs that have more impact off the field than on. Among them are overseeing MLB’s relationship with the Make-A-Wish Foundation, helping organize unforgettable experiences between kids battling disease and their favorite players; facilitating the nomination and judging process for the Roberto Clemente Award, given each year to a player who has an outsized impact in the community; and planning the annual Jackie Robinson Day, where teams honor the groundbreaking athlete in every stadium across the league.

Moss says producing a good show on the field cannot be MLB’s only mission. “Social responsibility and being a good corporate citizen are part of this business,” he says. “You cannot ignore it.”

While most fans focus on the box score or their favorite player, Moss says in the past 10 years the league’s efforts to increase youth access to the sport, particularly in underserved communities, has been an underappreciated focus.

“I think our office and Commissioner [Rob] Manfred’s No. 1 goal has been making sure young people of any background have an opportunity to play, and we’ve backed that up with money and resources,” he says.

Looking back nearly two decades, Moss can admit that maybe the plan didn’t need to be football. Instead, it was simply to do good, no matter the sport.