'A lot of what I am doing here isn’t just about baseball. It’s about education, about the passion for the sport, and about the American dream' Twitter 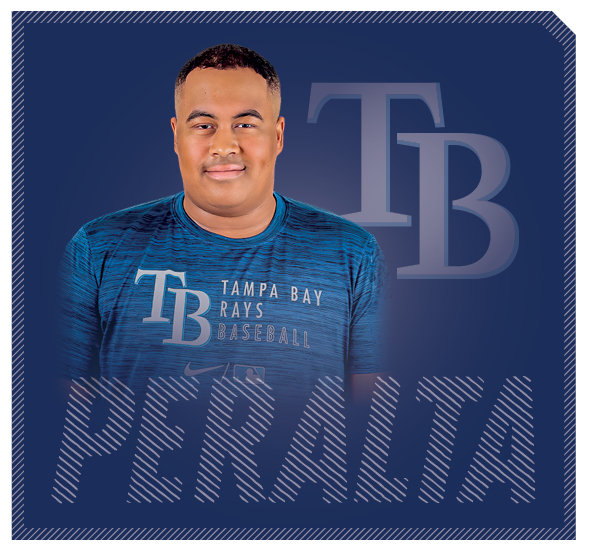 Kevin Peralta ’20 felt sure his research proposal would earn a poor grade. As a junior studying anthropology and sociology, his assignment was to examine the effects of performativity in business—a concept that explores how a theory or statistical model can impact real-world action. Peralta decided to take a risk, veering away from traditional economic or financial topics to focus on his passion—baseball.

“The whole time I thought, ‘This is stupid. I am not going to do well on this,’” Peralta says. His paper explored how data and technology have, over the decades, usurped a baseball manager’s intuition and seeped into every aspect of the game.

Not only did he receive an A, his professor [Caroline Lee, professor of sociology and acting department head]  told him it was one of the best research proposals she’d ever seen.

Peralta grew up near Washington, D.C., the son of immigrant parents from the Dominican Republic. “Baseball is part of our culture,” he says. “Like, we are obsessed.”

Sitting on a couch with his dad and brother, watching his dad’s beloved Red Sox or his hometown Nationals, Peralta would dream about working in the game one day. But until that feedback on one of his assignments at Lafayette, he never really believed it was possible. “That’s when I thought, wow, this could be a career,” he says.

Peralta began taking online classes to familiarize himself with baseball’s latest tracking by data software. After earning his degree remotely in 2020 due to the pandemic, he participated in a data boot camp from the College, learning how to sift through large statistical models—a skill he hoped would help launch his baseball ambitions.

For nearly a year though, those ambitions were delayed as Peralta took an internship in finance while figuring out what to pursue full time. On vacation in the Dominican Republic in early 2021, he poked around LinkedIn and stumbled across an internship in player development with the New York Mets. He applied and got the job, officially opening the door to a career with MLB.

Peralta is now an assistant of baseball performance science with the Tampa Bay Rays, a full-time job he started this past December. Based in the Dominican Republic, he works with players in the country’s developmental league who hope to one day also reach their professional baseball dream. Using cameras positioned behind home plate, Peralta sits in the dugout or near the bullpen, and captures and analyzes real-time data—things like ball velocity, position, and launch angle—and gives feedback to managers and trainers as they work to develop the players into big league prospects.

“But a lot of what I am doing here isn’t just about baseball,” Peralta says. “It’s about education, about the passion for the sport, and about the American dream. A lot of these kids are fighting to get to the states and earn enough money so their families can live well.”

Peralta sees a parallel with his own experience as a first-generation college student whose parents come from the very place where he now is working.