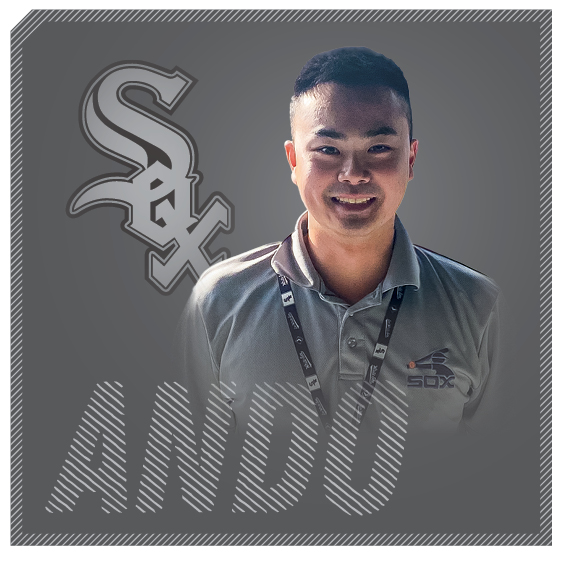 In October 2019, Wataru Ando ’18 scored his dream job. As a statistics whiz and baseball obsessive, Ando felt he had reached the pinnacle by becoming an analyst for the Chicago White Sox—a position nearly as coveted as anything on the field (helped by the popularity of Moneyball and the rise of sabermetrics).

Like a montage from his own movie, Ando moved to Chicago, stepped on the grass at Guaranteed Rate Field, attended one of the season’s final games in a suite, and shook hands with the owner himself, Jerry Reinsdorf.

Then, the world shut down.

“People on other teams were losing jobs or getting furloughed,” Ando says. He feared his dream would end before it had even begun. “But our ownership was extremely generous in terms of taking the hit and keeping us on.”

For months, with the regular season delayed due to the pandemic, Ando isolated in his new apartment and did

precisely what he would have done without the new gig—dove into baseball’s infinite and, to Ando, beautiful numbers.

After graduating in 2018 with a mathematics degree, Ando worked as a systems engineer at a health care company. But on nights and weekends, when he wasn’t watching MLB games, he’d create and refine statistical models to see if he could discover ways for a team to gain an edge on the field.

One of his passion projects examined the aptitude of certain players to hit home runs in different ballparks. Because every stadium is slightly different, some players hit more home runs in specific places—meaning hitters who play half their games at one ballpark might be more valuable playing for another team where they would statistically hit more home runs.

The side hustle got noticed among the sabermetric community, eventually landing him his shot in the big leagues.

Now that he’s turned pro, Ando is not allowed to share specific findings, but he says the thrill of actually impacting the on-field play is surreal.

“To see that my opinions can turn into an actual decision the team has made—that is an incredibly cool moment,” Ando says. During home games, Ando is able to watch the team from the stands, or he spends time in the front office in front of a screen. He picks up the smallest details—like launch angle, the direction a defender favors, the speed of a swing—and works with his department to make recommendations. However, most of his time is spent trying to find undervalued players in the minors or at other organizations.

“There was a transaction we made this year based on my opinion,” Ando says, smiling. He’s unable to say who, but he says it’s been the most rewarding part of the job—also the most stressful, because his recommendation led to a multimillion dollar gamble.

Despite the uncertainty and delays in the first months on the job, Ando says he’s experienced plenty more movie-montage moments. From eating lunch at spring training one table away from José Abreu and Eloy Jiménez, connecting with an old Little League opponent during batting practice—Cal Quantrill on the Cleveland Guardians—or showing off the stadium on opening day to his Lafayette friends.

Though, Ando says, he still needs to cross off at least one more moment. “The big goal is to win the World Series,” he says. “That has to be No. 1.”