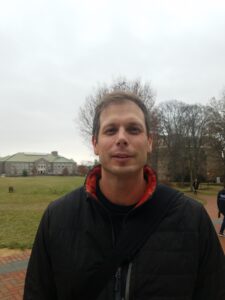 Petrified Forest National Park, in northeastern Arizona, is known for—and named in honor of — its extensive deposits of petrified wood. What, exactly, however, is petrified wood—and how is it formed? Live Science reached out to David Sunderlin, associate professor of geology and department head, to learn that petrified wood is actually not wood at all. Rather, the minerals have replaced and taken on the appearance of the wood that was once there.

“Many of the world’s most famous petrified wood localities are in exposed sedimentary rocks that were deposited in fluvial-lacustrine paleoenvironmental conditions,” Sunderlin said.

Categorized in: Faculty and Staff, Featured News, Geology, In the Media, News and Features