Rachel Scarpato ’08, once a double major, finds a calling in mathematics Twitter

Imagine the following scenario: You just found out your child has lower-than-normal levels of mathematical literacy and may need some type of academic intervention to reach the same skill level as their peers. Now, imagine that their teacher—who is tasked with adjusting to the competency level of more than 20 kids in a traditional classroom setting—stands up in front of the room and rehashes the same basic math skills again and again in an attempt to bring every child in the room up to speed. These situations are often a reality, but they don’t have to be. That’s where educators like Rachel Scarpato ’08 come in.

Scarpato, who once believed math was a personal weak link, now spends her career making sure teachers and other academic professionals have the tools they need to reflect on their own progress—and how helping each other can help their students. We sat down with Scarpato to reflect on her time as a Lafayette student, her transition into the world of academia, and how anthropology and sociology shaped her worldviews.

You were a double major at Lafayette. How did that impact your education?

“I was an American studies and anthropology and sociology double major. I feel like I had sort of grown up in a bubble of privilege, and the thing I appreciate about the degree that I got was that I felt like it gave me a lens to really look at systems and institutions in a different way. It made me question how these systems or institutions are designed to get to the outcome that they’re having? So, it was just really eye-opening for me to take courses around race, gender, and family. I wanted to use college as a way to just figure out what I wanted to do, but also to approach the world or see the world differently. And I feel like anthropology and sociology provided that for me.”

You worked on an oral history project with Andrea Smith [professor of anthropology].

“That was a big turning point for me, because we were working on a project that was exploring urban renewal in Easton in the 1960s. We did archival research where we would go down to City Hall and sleuth through all of these documents, and then we also did ethnographic research. This was tied to a class that I had taken called Social Memory. The city targeted an area they were going to renew, and they had lots of literature about how the area was blighted and they were going to raze it and build new buildings and reshape the community. This was part of a larger national trend at that time, specifically in smaller cities across the country. In this case, a really diverse, multi-ethnic, multiracial community was targeted. We talked to people who had lived in the community, which was referred to as ‘Lebanese town.’ And when we heard what the city was saying, and then we talked to the people who lived there, it was like getting two different stories. People were saying the neighborhood was really safe, everyone had their doors open, and people just felt like their neighborhood was thriving and very alive.

To bring it back full circle, I feel like that doing that project was just really eye-opening to see how a state or city government, which is supposed to exist to help people, was actually doing the opposite. This neighborhood was targeted because it was a multi-ethnic, multiracial neighborhood. That lens of looking at systems and looking at systemic oppression is what prompted me to join Teach For America after graduation.” 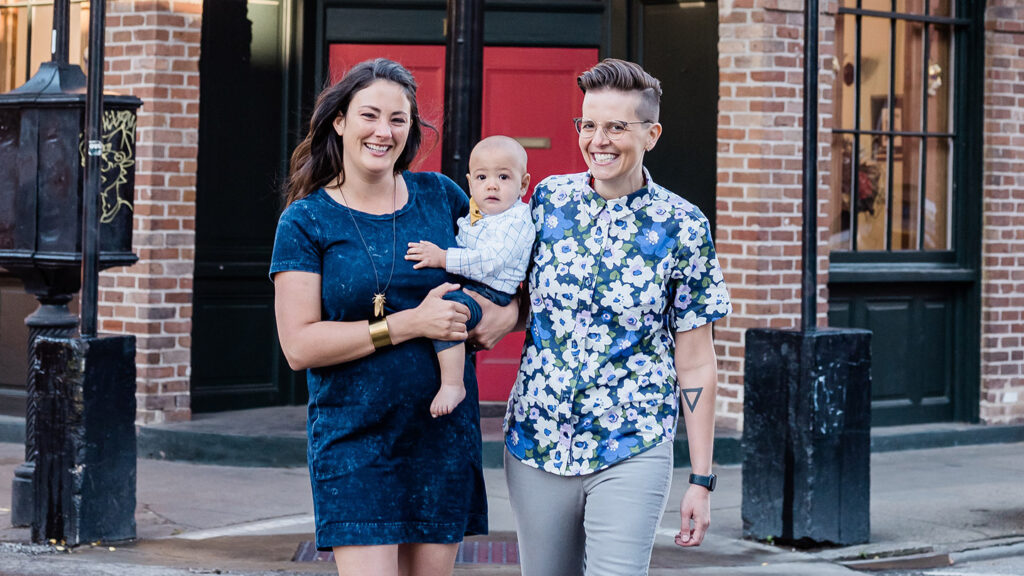 Then you made the transition into education—into the math world, in particular. How did that transition happen?

“Teaching [fourth grade] is the hardest job I’ve ever had. It’s incredibly rewarding, but it’s also incredibly challenging. How do I guide them? How do I teach them? There are so many things teachers have to juggle at once to help their students become the people that they’re meant to be. When I was applying to grad school, I was teaching math—and as that was happening, I felt like, in a way, I was also relearning math. Something that people get wrong about me now in my career is they think I was a math major. In reality, I really struggled in math. I remember sitting in AP calculus in high school, and I had no idea what anyone was talking about. It felt like a different language was being spoken. When I got to Lafayette, I took one required math class, and that was it. It was a surprise to me that when I applied to grad school and took the GRE, my math score was really high. I remember looking at the results and thinking that wasn’t right, because not being good at math actually felt like part of my identity. That’s how I saw myself. Society told me I was not a math person.

After I got to grad school, I started teaching in New Orleans and moved into a coaching role where I was coaching other math teachers. I learned so much, and I will say that it really reminded me of the power of learning and how we talk about the growth mindset. I was doing math and practicing math every day with my students and with other teachers, and that expanded my mathematical capabilities strictly because I was practicing a lot. So, when I had fourth graders who told me they don’t like math or aren’t good at math, I don’t want them to think that’s part of their identity.”

How did this experience apply to your role today?

In my most recent role at an education nonprofit, we partner and consult with large districts across the country. My team is still working with Los Angeles Unified, which is the second largest district in the country, and they’re piloting a new math curriculum for middle school. It’s a really great curriculum and redefines the role of a teacher, which is that you don’t have to be standing up in front of the room, rehashing math facts or multiplication tables, to impart knowledge to your students. That’s not a good use of your time or theirs. You’re effectively setting them back, and they’re also not set up to access any kind of STEM career. We’re systematically denying kids that opportunity, when we’re so focused on remediating skills that they don’t have. In my role now, I work with teachers, school leaders, and district leaders to facilitate professional learning. We talk about our own math journeys and what our experiences have been, because it’s important to have that mirror up. It’s important to discuss where you’re coming from as a person. There’s a lot of baggage that people bring when it comes to math, and just having a safe space to talk about it openly and kind of shed some of that is really powerful.”

What advice would you offer to today’s Lafayette students about their own academic and career journeys?

“College is one time in your life where it’s just an open space to explore. Take different types of courses, which allows you to see how things are connected. Particularly for anthropology/sociology students, I feel like that was the lens that developed how I looked at the world. I just always felt deeply cared for by professors at Lafayette and really valued by people. I also got some opportunities to do some really cool studies when I was 20 years old, and that really shaped my worldview and how I still approach work and life.”