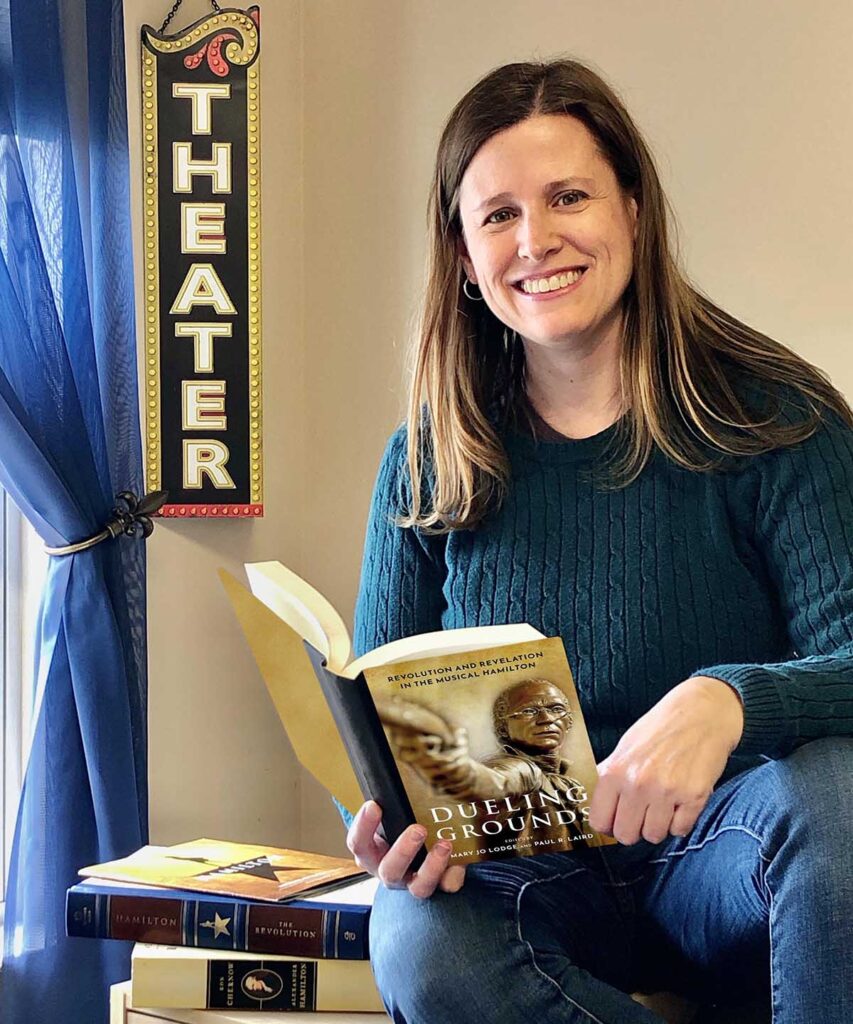 Her Lafayette journey:  Lodge joined the Lafayette faculty in 2005. She previously taught at Central Michigan University and founded its BFA musical theater program. She holds a Ph.D. in theater from Bowling Green State University, an M.A. in theater from Villanova University, and an undergraduate performance degree from Catholic University. She is also active internationally as a musical theater scholar, and has published work on the director/choreographer, the television musical, and dance in the musical. Dueling Grounds: Revolution and Revelation in the Musical Hamilton, which she co-edited and wrote with musicologist Paul Laird, was published in May 2021 by Oxford University Press. She is writing and editing a new collection for Routledge, which will be published in 2023, called Milestones in Musical Theatre, featuring work from leading musical theater scholars around the world.

What she’ll be teaching in the fall: This fall, Lodge is teaching THTR130: Acting I, and directing and choreographing the musical Head Over Heels for the College in November.