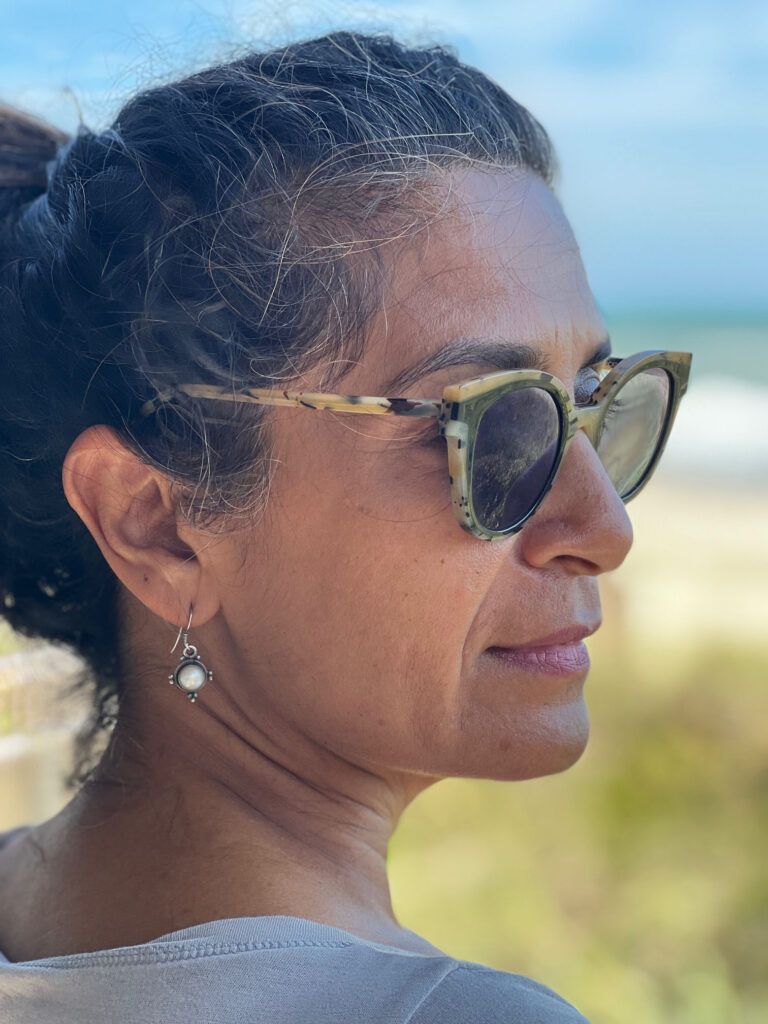 Sikand’s documentary and experimental films have screened and won awards at over 100 domestic and international film festivals. Her work has aired on PBS and has been awarded grants from the Guggenheim Foundation, Jerome Foundation, Center for Asian American Media, and she is two-time awardee of New York State Council on the Arts (NYSCA). Her films include The Bhangra Wrap (1995), Don’t Fence Me In (1998), Amazonia (2001), In Whose Name? (2004), Soma Girls (2009), Cranes of Hope (2011), Slightest Shifts (2012), One, if by Land (2015), and Inside/Outside (2019). She also produced the documentary Mahasweta Devi: Witness, Advocate, Writer (2001). In television, she has worked as a producer and director on projects for Channel Four: UK, Ovation: The Arts Network, HBO, Oxygen, and The History Channel. She served on the board of directors of Women Make Movies, a nonprofit feminist media distribution organization, from 1997 to 2006 and was on the Fulbright IIE National Selection committee for film and video for 2008-2011.

Sikand choreographs and performs regularly with her neoclassical Odissi dance company, Sakshi Productions.  Her dance work has been funded by LMCC (Lower Manhattan Cultural Council), the Asian American Arts Alliance, and Joyce Soho, and it combines the use of film imagery, live music, and elements unique to Indian theater and performance. She is also the associate director/choreographer of Harmattan Theater, a performance group committed to an environmentally and socially engaged theater.

In 2013-14, Sikand was awarded an American Association of University Women (AAUW) postdoctoral fellowship toward her book project, Languid Bodies, Grounded Stances: The Curving Pathway of Neoclassical Odissi Dance, published by Berghahn Books (2016). She recently completed Inside/Outside, a feature documentary film about incarcerated women and the challenges of reentry in the Lehigh Valley, for which she was awarded a Guggenheim Fellowship in 2018. She is currently working on a new book project titled Visualizing the Thug(gee): A History of Colonialism, Race and Criminality.

Her Lafayette journey: Prof. Sikand joined the Lafayette faculty in 2010 as assistant professor of film and media studies. Since then, she has taught courses such as Introduction to Film and Media Studies; Media and Mass Incarceration; Critical Film Theory: The Poetics and Politics of Film; Media Histories: Abolition; Women Make Movies/Movies Make Women; World Cinema; Spectre of Race; Documentary Theory and Production; Documentary Storymaking; Endurance of Race; and Dancing Cultures: Embodying Performance.