Assistant professor of scenography, Department of Theater, received a Master of Fine Arts from University of Georgia Twitter 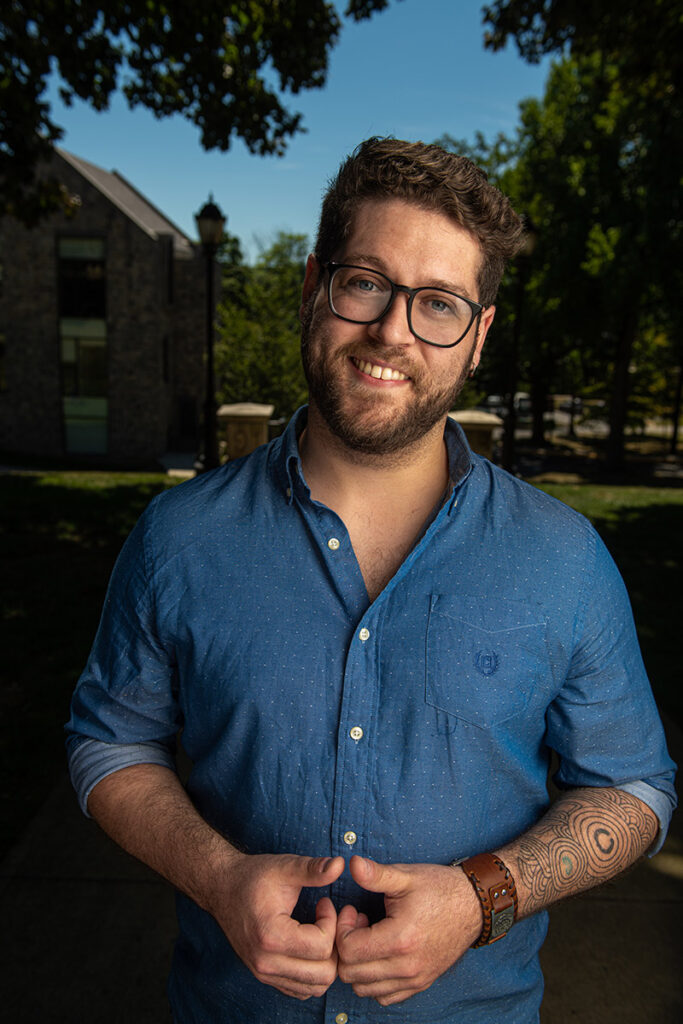 My expertise: “I’m foundationally a scenic designer. That’s my primary area of expertise, designing scenery for theater, live events, and film. But in addition to that, I was also on the project management side of theater and live events production. I did that for quite a while. I’m hoping to bring a more holistic perspective. A lot of fields are subject to this, but particularly theater, because it often gets very fragmentary, with people in their own insular divisions of the field. I’m trying to bring a more holistic perspective that considers everybody as part of a shared collaborative process as opposed to just taking an individual role.”

Why? “Theater was my sixth major as an undergrad. I had done some theater in high school. I had acted in a few shows. After graduating from high school, I went through about a year and a half of personal exploration. I majored in everything from philosophy to culinary arts. And kind of toward the end of that rambling, I was an art studio major.

“My plan, plainly, was to be a very overeducated tattoo artist, and a friend of mine was visiting University of South Carolina Upstate for its acting program. And I was like, you know, I’m not doing anything. I’ll go with you to check this out.

“I remember seeing the scene shop and the carpentry shop where they built all the sets, and I never had realized that’s something you could do for a living and for a profession. I grew up doing carpentry and crafts, helping my granddad build fences, taking art classes, and things like that. But I remember seeing the space and being like, wow, you know, I love art. I love philosophy. I love getting my hands dirty and making things. It was just this great confluence of skills and ideas that all came together and crystallized into a career in theater.”

This fall I’m doing scenic design for and teaching: “Head Over Heels in November, a Shakespearean parody based on 1980s music by the Go-Go’s, and teaching a course called Theater and Environment.”

“I’m really hoping to bring some professional perspective into the academic environment as well. I think it’s important to show students that they could build a future in this industry. There are jobs pouring out of everywhere right now for people who are interested in theater arts or theater production, and there are so many folks with diverse experiences and skill sets who are lending their hands to that sphere. I just want to open that door to students.”

I’m excited to be here because: “So often, I feel like I’m surrounded by theater people and people who are doing the same thing that I do. I kind of take that for granted. But in the past week, I met someone who is a bio-mechanic, like a mechanical engineer who studies physical biology to solve problems in engineering, and a paleontologist who’s using micro-paleontology to study climate change.

“I’ve met so many interesting people who are doing amazing things, in what feels like a more than usual fertile ground for cross-disciplinary collaboration and exploration. I feel very fortunate to be a part of that kind of environment.”

Getting to know me: “I’m a huge dinosaur nerd with a love of all things sci-fi and fantasy. I’m a huge fan of loud heavy music. I have a goofy 80-pound dog who’s effectively my adopted son, and I’m really excited to attend the Pennsylvania Renaissance Festival.”