Since May, LaFarm has been engaged in a service project called Sunflowers for Ukraine, in which the goal was to plant, harvest, and sell sunflowers, with all proceeds going to humanitarian aid in Ukraine. 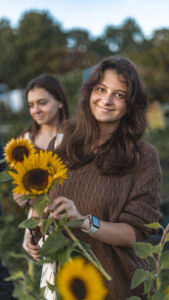 This past Monday, members of the Lafayette and Lehigh Valley communities harvested the sunflowers that were planted over the summer as part of the effort. According to Josh Parr, the Office of Sustainability’s manager of food and farm, people could grab a pair of clippers, cut their desired number of sunflowers, and make whatever donation they felt appropriate to the cause.

All proceeds from the event will go to the Kyiv School of Economics, one of the largest organizations providing humanitarian aid directly to Ukraine. Since the beginning of the project, LaFarm has partnered with two Ukrainian Orthodox churches in Allentown to center the stories of Ukrainians in its efforts. Members of these congregations, including Father Oleg Kravchenko, attended Monday’s harvest and expressed his appreciation to Parr.

“In addition to whatever amount of money we raised, I think that this project also generated some hope and feelings of being cared for between Lafayette and this community that we’re neighbors with, so that was a really awesome thing that in some ways feels like maybe the most important thing to come out of it,” Parr says. 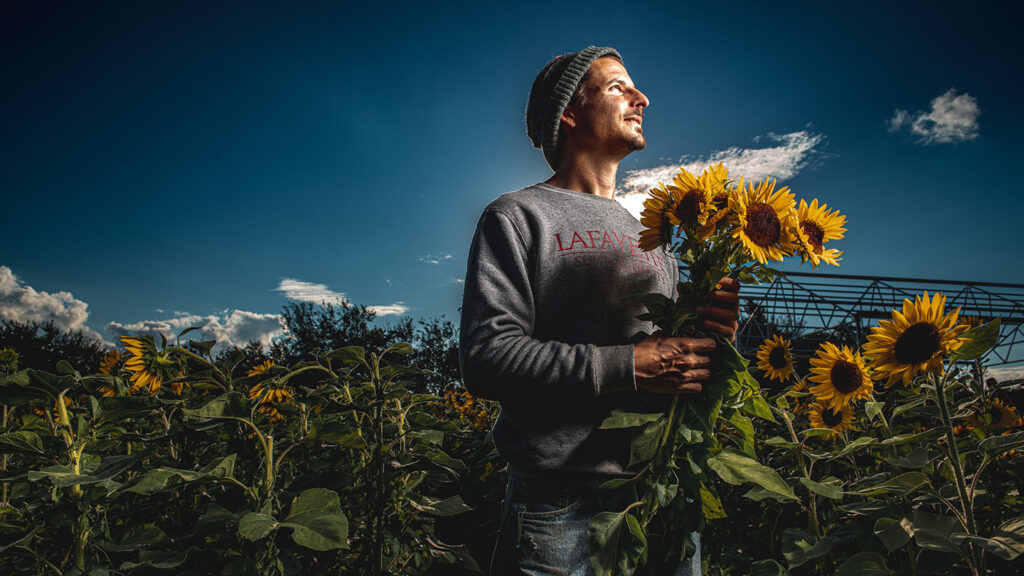 Josh Parr, Office of Sustainability’s manager of food and farm

Parr hopes this event, both in its inclusion of the greater Lehigh Valley community and its pick-your-own-produce style, can serve as a model for future efforts.

“I like this event because, actually, rather than bringing our produce out, we brought the community to the farm. I think there are probably a lot of opportunities like this where we could do a similar model and use the land and resources we have, whether it’s raising funds, providing event space for community organizations, or providing educational opportunities,” Parr says.

Parr expects the sunflowers from the harvest will quickly be sold out after LaFarm’s farmstand Friday sale. Those interested in providing aid to Ukrainians can donate directly to the Kyiv School of Economics.