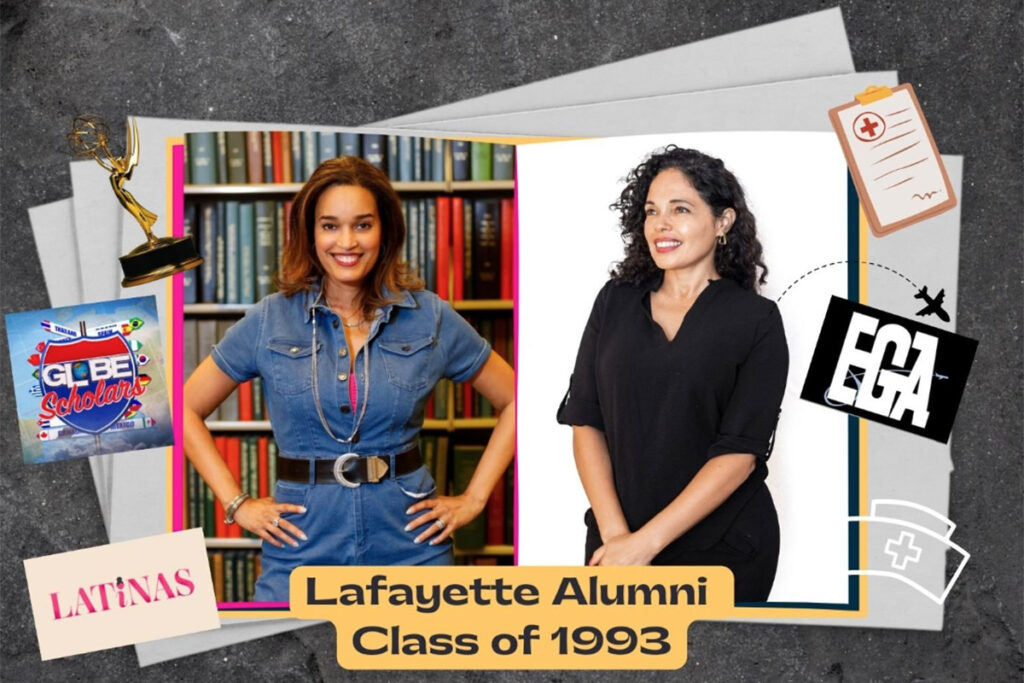 During their time at Lafayette, Arias and Piña were both members of the Student Alliance of Latinos and South Americans (SALSA), a club founded to provide awareness about South American and Latino culture and provide a space for members of these communities to come together. Arias was one of the club’s co-founders.

Piña was also a co-recipient of the 1993 Pepper Prize.

After earning a degree in international relations at Lafayette, Arias served in the Peace Corps in Niger. From there, she earned a master’s in international affairs and public health from Columbia University and has since worked for nonprofit organizations and the NYC Department of Health. 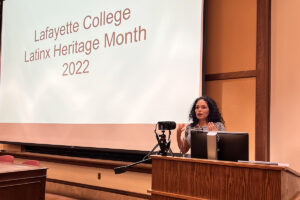 Currently, she works with the maternal justice team at MomsRising, an on-the-ground and online grassroots organization of more than a million people who are working to achieve economic security for all moms, women, and families in the United States.She is also the host of the “Excursions with Gina Arias” podcast, which highlights stories about music, community, and resistance in marginalized communities around the world. She works as a senior editor for  DETOUR magazine, which aims to tell the best stories in Black travel.

“We all need to confront and deal head on with the scourge of anti-Blackness that permeates every facet of our society. That includes our families … and our very own selves,” she says.

“We should be celebrating our African and Indigenous heritage, emphasizing its richness and beauty, as well as our connections to the motherland and our Indigenous nations. In an effort to counterbalance the centuries of white supremacy, we need to center these roots.”

Piña graduated from Lafayette with a dual degree in Spanish and American studies, becoming the first Lafayette student to earn separate honors in both degrees by writing two theses. At Lafayette, Piña launched the first bilingual radio show in the Lehigh Valley. Now a multimedia journalist, Piña won an Emmy award for writing and producing the nationally syndicated television series VIVA! that highlighted Latinos in the entertainment industry. 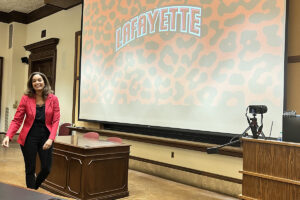 She is currently the executive producer and host of the Emmy-nominated show LATiNAS, the City University of New York’s (CUNY) award-winning monthly magazine show that showcases the achievements of Latina women. In 2018, she created Globe Scholars, an Emmy-nominated and award-winning travel show that documents students as they study abroad.

For Piña, a motivating factor in her success has always been the desire to break out of the stereotypes that she was consistently placed in while pursuing her degree and afterward as a journalist. Defying stereotypes encouraged her to ultimately fight for representation in the media.

“Putting people like myself out there on television all started [at Lafayette] because I was challenged to be more than what people thought I was,” she says. “My one thesis was about the underrepresentation and misrepresentation of Latinos in mainstream media, and I’ve done my part to change that.”

Piña encouraged students to take any stereotype society puts upon them and interpret them positively.

“What I’ve done is I’ve reclaimed what others may not see in a positive light, and I’ve ultimately made them into my superpowers. You can as well.”