“What a terrific group. It was a complete treat for me to get to announce these three as Lafayette’s newest endowed professors at the annual awards dinner,” says Provost John Meier.

“Being awarded a named professorship is a real milestone in a faculty member’s career,” he adds. “It is both an acknowledgment of extraordinary accomplishment and also of their continuing promise of future contributions.”

Meier says he is always reminded of a statement by former Lafayette President David Ellis (1978-90) who described endowed professorships as a way for the College to recognize “exceptional professional attainment, superior teaching, and exemplary service to the campus community.”

“I have to say that all three of these individuals clearly fit that description,” he adds.
Lafayette College has 32 endowed professorships.

Academic interests, scholarship: Corvino works in an area of mathematics called differential geometry, which brings the tools of calculus to bear on geometric problems. “Think about a surface sitting in 3D: Calculus allows you to compute the curvature of the surface and study questions about it,” he says. “So, differential geometry brings in calculus and differential equations to geometry,” emphasizing that “it also can be applied in different areas, from materials engineering to theoretical physics.”

A math enthusiast since he was a kid—his mom taught him how to factor polynomials using her old high school notebook—Corvino also studies differential equations that come from mathematical physics and general relativity, Einstein’s theory of gravitation. “A lot of the mathematical problems that I’ve studied are distilled from that theory.”

Corvino says his research sheds light on the variety of solutions to Einstein’s gravitational equations, the study of which “adds to our current understanding of models of the universe and the behavior of isolated gravitational systems,” he says.

On what it means to receive an endowed chair: “I was really taken aback and humbled by this honor,” Corvino says. “The people who held this chair before me—Gary Gordon and Lorenzo Traldi—have been role models for the way they embodied, in their own distinct ways, the core missions of the College, working in mathematics, doing research, including research with students, teaching and impacting students.

“So, I think in that sense, the endowed chair isn’t something to say, `ah, you’ve arrived’ as much as to say, ‘here we entrust you with this award and like the people that had it before you, what are you going to do now, how will you make a difference at Lafayette?’”

His Lafayette journey: Corvino has had a homing beacon on Lafayette ever since his days growing up in Martin’s Creek and attending Easton Area High School, when he came to campus to take multivariable calculus with mathematics professor Evan Fisher, now his colleague. As fate would have it, Corvino serendipitously noticed flyers in Pardee Hall advertising an advanced topics course in differential geometry, which he took alongside a small handful of Lafayette students.

A member of his high school debate team, he spent considerable time at Skillman Library to prepare for competitions. On weekends, he’d attend Lafayette football games at Fisher Field, where he and his classmates would gather for the annual Thanksgiving Day Easton-Phillipsburg game. His dad started out working as an accountant in the Alpha Building in downtown Easton, now home to several Lafayette departments.

After graduate school, he received a National Science Foundation Postdoctoral Research Fellowship and served as a Tamarkin Assistant Professor of Mathematics at Brown University for four years. When a position in the Math Department opened at Lafayette, he jumped at the opportunity to return to a very familiar and comfortable place, and has been a permanent part of the campus since 2004.

“It was like coming home, in terms of being close to my family and working here,” he says. “I’ve enjoyed the sense of belonging.”

In particular, he has found satisfaction in working with faculty colleagues as well as with students who have differing relationships with math: “It’s not just working with the high flyers, but also with someone who’s struggling or thinks they’re struggling, but works hard and asks questions,” Corvino says. “I always try to be available and approachable for the students who are putting in the effort. It’s that faculty-student relationship that sets Lafayette apart.” 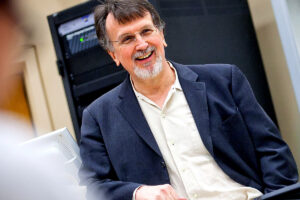 Academic interests, scholarship: A specialist in European music of the early modern period and in early jazz, Cummings teaches a course on European classical instrumental music for non-majors, and, for both majors and non-majors, a survey of European music from the Middle Ages to 1800 and specialized courses on the music of the Italian Renaissance and the history of Italian opera. He has published five books on Renaissance music.

His most recent, Music in Golden-Age Florence, 1250-1750, is scheduled for release by the University of Chicago Press in May 2023. Chronicling Florentine music from the late Middle Ages until the end of the Medici dynasty in the mid-18th century, the book will include two CDs of music recorded by an early music ensemble to complement the book. He is the co-editor of an edition of the complete works of Sam Morgan, an important early New Orleans jazz musician, and has authored many articles in scholarly journals and papers delivered at international conferences.

An Italian-American, Cummings latched on to Italian Renaissance music when he was searching for a dissertation topic in graduate school.

“I had long been interested in Italy and early music. I’d never been there before, but when I went to Florence, I just fell in love,” he says. “That first time I was in Florence, I just felt like I had come home in a peculiar way. I’ve been going back as often as possible since. I own an apartment there and go there over every interim for a month, and spend entire summers there. I feel so peaceful and so at home in Florence.”

Cummings’ interest in jazz developed while living in New Orleans during his 14 years teaching at Tulane University, which has one of the three great jazz archives in the country concentrating on the beginnings of jazz. “If you go to New Orleans with an open mind, you come away fascinated by jazz,” says Cummings, who collaborated with Tulane music department faculty on a transcription of the complete recorded works of Sam Morgan’s Jazz Band, offering a deeper understanding of 1920s-era African American jazz in New Orleans.

On what it means to receive an endowed chair: “I feel extremely honored, particularly because it was held by recently retired art professor Ed Kerns, who is such a celebrated and accomplished artist and educator. The fact that I now hold what I always regarded as his chair is a real honor. Being named to an endowed chair is one of the highest honors that a college or university professor can aspire to. It’s a mark of your stature within the institution, a reflection of a faculty members’ teaching, scholarship, and service.”

His Lafayette journey: Former dean of admissions at Princeton University and dean of Tulane College, where he also served as an associate professor of music, Cummings joined Lafayette’s faculty in 2006 as provost and dean of the faculty.

“I’ve been very happy and fortunate to be here,” Cummings says. “First of all, it is an institution that is attentive, particularly to teaching. I went to a small college myself as an undergraduate, and I think the small liberal arts college is really a very precious kind of institution. Because of the emphasis on teaching, I’m always looking for ways to improve. I did a program last year with the Center for the Integration of Teaching, Learning, and Scholarship that’s intended to help one improve one’s teaching, and I find that very valuable.

“Another thing I particularly appreciate about Lafayette is how it has generously supported me and any other faculty members who have active scholarly careers,” he adds. “Scholarship is very important to me. I’ve been able to do exactly what I’ve wanted to do as a scholar here at Lafayette.” 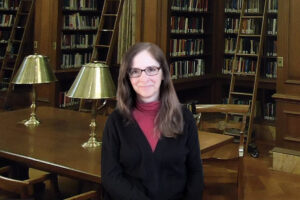 Academic interests, scholarship: Although her training is in political science with primary expertise in the subfield of U.S. public law, Silverstein is most aptly categorized as an interdisciplinary law and society scholar and teacher, with specific interests in law and social change, constitutional law, legal impact and implementation, social movements, and judicial behavior. “I study the way law constitutes and is constituted by politics, power, and social structures, and I’m particularly interested in exploring how power and ideology help explain the gap between what the law promises and what it delivers,” she says.

Silverstein’s first book, Unleashing Rights (University of Michigan Press, 1996), examined the deployment of rights language and litigation by animal rights activists, emphasizing how legal discourse, strategies, and identities are constructed through such deployment. Her second book, Girls on the Stand: How Courts Fail Pregnant Minors (New York University Press, 2007), analyzed the implementation of state laws that give pregnant minors the opportunity to seek a judicial bypass of mandated parental involvement in their abortion decisions. “Based on surveys my research assistants and I conducted with local courts in several states and interviews with lawyers, judges, and other court personnel, the research exposed wide gaps between carefully worded legal mandates and how bypass processes actually take shape given bureaucratic, political, ideological, and religious realities.”

The book was named a Choice Outstanding Academic Title for 2008 and has been cited in court rulings, amicus briefs, legislative hearings, and media reports.

More recently, Silverstein wrote two books designed to highlight the intersections between law and politics in the American judicial system: The Supreme Court (Greenwood Press, 2021), which is part of the Student Guides to American Government and Politics series, and Political Control of America’s Courts: Examining the Facts (ABC-CLIO, forthcoming January 2023).

In addition to these books, Silverstein has authored and co-authored numerous journal articles, essays, book chapters, and book reviews. Several have been published in law reviews and contain more traditional analyses of legal doctrine and jurisprudence, both in the area of privacy rights and First Amendment law pertaining to religious establishment.
Silverstein’s pursuit of her interest in legal studies, she says, “is an effort to better understand law’s opportunities and limits, especially for historically underrepresented groups in the U.S. whose pursuit of justice and social change often appeals to constitutional rights, relies on lawyers, and resorts to courts.”

On what it means to receive an endowed chair: “Receiving the chair was moving,” Silverstein says. “And it was an especially gratifying way to mark the end of my 30th year since arriving at Lafayette.”

While she has spent most of her career at Lafayette, Silverstein took a leave of absence from 2014 to 2016 to serve as a program director at the National Science Foundation (NSF), an independent federal agency that provides funding for research conducted by colleges and universities in the United States. She worked as co-director of the NSF’s interdisciplinary Law and Social Sciences Program, administering the review of social science grant proposals submitted by experts researching law, legal institutions, rules, and behavior.

Among the highlights of her time at Lafayette was serving for four years as faculty adviser for the McKelvy Scholars program. That, she explains, “provided one of many opportunities to meaningfully engage with students and combine teaching, mentoring, and scholarship. Such opportunities are ongoing and occur in many spaces, whether it’s teaching and learning from terrific students in courses related to my scholarship, working with amazing EXCEL Scholars and thesis students on shared research interests, or collaborating with Lafayette graduates as they pursue their careers.”