President Alison Byerly recognized members of the administration who have retired this year for their service to the College at the annual pre-Commencement awards dinner May 12. 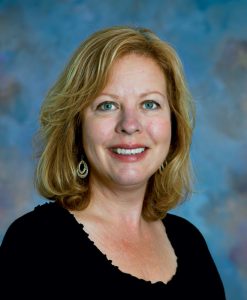 In September 2004, Brenda E. Bomgardner was named Skillman Library technical assistant at Lafayette. During her time at Lafayette, there have been evolutionary changes in the technical tools used to support classrooms. Through her dedication to the campus community and her commitment to staying abreast of evolving technology, Brenda has made a difference for Lafayette.

Early in her tenure, Brenda supported the computer labs in Skillman Library, which were heavily used even then, and her support was, and still is, integral to the success of our students. At that time, she also managed the College’s video content servers, which were used by the then newly introduced film and media studies program.

Brenda was promoted to academic technology facilities support specialist in December 2005 and subsequently transitioned to instructional technology systems specialist in 2011. In these roles, Brenda has provided just-in-time support in Lafayette’s classrooms. She also administers the College’s streaming service, Kaltura. Her tireless service and support of the College’s smart classrooms technologies, which have doubled in number during her time at Lafayette, has been a very significant and consistent contribution to the College, and one which is often noticed only when something isn’t working. 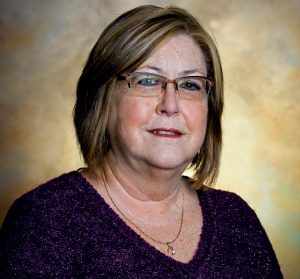 For almost three decades, Eileen Causa partnered with her colleagues in the College Store to present the extended College community with a beautiful array of Lafayette merchandise. In August 1988, she joined the team as a bookstore cashier. In recognition of her dedication and exceptional service to her colleagues and the store’s patrons, Eileen was rapidly promoted through a series of positions, including office assistant II in July 1991, office assistant III in July 1992, and merchandising coordinator in November 2006.

Nicknamed “Bookstore Queen” by her colleagues, Eileen became the voice of the College Store, fielding a bulk of the general calls and over-the-phone orders for many years. Her patience and kindness were the trademarks of her service. She could often be heard acting as a “personal shopper” on the phone, describing items and comparing prices. Those customers who frequently placed orders would ask specifically for Eileen.

During her tenure, Eileen was integral to the movement to an online market. She maintained the College Store’s web presence and facilitated the coordination and fulfillment of online orders. In her customer interactions, she was infinitely helpful, especially to those who were less tech-savvy.

Because of her reputation for exemplary customer service, she was long-remembered by many alumni and was the contact of choice of a multitude of callers to the College Store. Often, Eileen was delighted when alumni visiting the College Store would recognize her and ask, “Are you still here?” 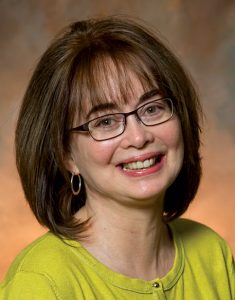 For almost 20 years, Brenda S. Jocsak has collaborated with her colleagues in shining the spotlight on Lafayette. Since her hire in November 1999 as part-time production assistant in the College’s Public Information Office, Brenda has played a key role in presenting the College to the world, garnering the attention of media, enhancing Lafayette’s visibility, and advancing our reputation.

A thoughtful, cooperative, and cordial colleague, Brenda cares very much about getting it right. She is simultaneously meticulous in her attention to detail and aware of the bigger strategic picture and how her efforts contribute to the advancement of her department and the College. Her dedication to doing outstanding work quickly advanced her career. In 2006, she was promoted to a full-time production editor. In 2009, she was promoted again to media relations associate.

Among her many attributes are her outstanding organizational and project-management skills. Brenda is dedicated to being prepared in all situations and has a passion for evaluating existing processes and seeking opportunities for improving them. In her work, she embraces new challenges and is eager to find opportunities to leverage technology to improve efficiency. 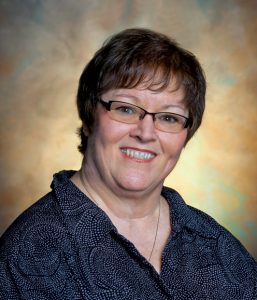 Since August 1993, Alice M. Koskey has served as the gatekeeper of Lafayette’s resources. First hired at the College as an accounting clerk in the Controller’s Office, she was promoted to administrative assistant in 2002 and then accounting administrator in 2012. In these roles, she reviewed all payments being sent from Lafayette and protected the “Assets of the College.” Her dedication and keen attention to detail were valuable assets in her work for Lafayette.

In addition to filling this critical role for the College, Alice also enthusiastically embraced the important role as “mom” to her department. Her compassion and ever-ready support were available for all the members of her team. “If you needed anything, Alice always had it—a cup of tea, a band-aid, or even a hammer and nail to hang a picture. If you needed a shoulder to cry on, she was there for you too.” Her colleagues will long treasure the memories of Chicken Salad Thursdays, when Alice and her husband, Ed, provided lunch from Josie’s New York Deli.

Alice’s heart for service touches everyone with whom she interacts. When not on College Hill, she is an energetic volunteer and very committed to her family. In addition to volunteering at her church, Alice is also actively involved at an Easton soup kitchen, serving dinners to families in need. 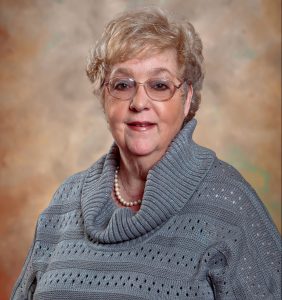 In September 1981, Patsyann Long was named accounting clerk in Lafayette’s Controller’s Office. For 35 years, she served the Lafayette community, enhancing the quality of everything she touched through her keen attention to detail and her dedication to her colleagues and the College. After several promotions in the Controller’s Office, she transitioned to the Provost’s Office in 2001. Once again, in tribute to her exceptional performance, Patsyann was steadily promoted until being named administrator in 2015. During her tenure at the College, she was recognized with the Leopard Award in 2010, the Distinguished Service Award in 2011, and the Gary A. Evans Administrative Prize just before her retirement in July 2016.

At the conclusion of her Lafayette career, Patsyann managed almost all the financial transactions for the Provost’s Office, including salaries, reimbursements, stipends, and grants. Surrounded by binders, files, charts, index cards, I-9s, copies of passports, myriad forms, and Word templates, Patsy was perpetually ready to aid Lafayette’s faculty by explaining the intricacies of travel policies and reimbursement procedures and support them in figuring out how to make the most of the funding available to them. Her methodical and thorough approach to her work kept the multitude of complex processes running smoothly through many transitions in the Provost’s Office. The trademarks of her service to the Lafayette community were her diligence, patience, and kindness.

Since her retirement, Patsyann has demonstrated a heartwarming commitment to our faculty by aiding the College in ensuring a smooth transition. During the 2016-17 fiscal year, she has returned on a part-time basis to train her replacement on the complexities of this integral role. 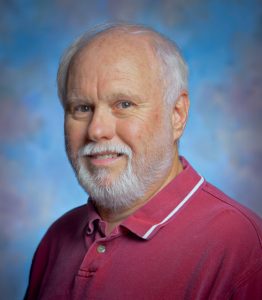 In December 1976, David K. Thomas accepted the position of data control clerk in the Registrar’s Office and has been the backbone of the office ever since. For more than 40 years, his work has impacted and supported every Lafayette student and faculty member and almost every administrative office. During his tenure, he has been recognized with several promotions, the most recent of which was to associate registrar in 2006.

As one of the architects of the online systems our students and faculty use for academic-related activities, David significantly enhanced this aspect of the College’s educational process. He has also shepherded the Registrar’s Office through at least four system changes.

Known for his reliability and efficiency, David has made a remarkable difference for the Lafayette community. As he capably answered countless inquiries, filled thousands of requests, and led critical initiatives, he did so in an unassuming way. “In all of the years we have worked with David, he has always gone about his business quietly and efficiently. In fact, he has done it so quietly, it is difficult, even after all these years, to realize the profound impact he has had on the Lafayette community.”

Blessed with a wonderfully dry sense of humor, David is a pleasure to collaborate with on and off College Hill. In addition to being a passionate husband, father, and grandfather, he is also an avid sports fan, rooting for all the major Detroit teams and the Iron Pigs and is a frequent attendee at Lafayette football and basketball games.