A frozen wave of oak washes over every performance at the Williams Center for the Arts. It captures music, spoken words, and the clatter of dancing feet, expands them, and sprays them throughout the hall.

The acoustic shell, a wall of wood panels that crests over the stage, is part of what makes the Williams Center sound, which sound engineer Tim Frey says is the best.

“This is one of the best-sounding spaces I’ve ever heard,” Frey says, “…and I’ve worked in many theaters, both here and in NYC. We are very fortunate to have this space.”

Part of what makes performances at the Williams Center so special is its size. With only 400 seats, there isn’t a bad seat in the house. Also part of the soundscape are intangibles that might not look like much but play into what you’re hearing—the mixture of fabric-covered surfaces, which muffle the sound, and bare wood, plaster, and plastic, which reflect it.

For the past quarter century, Frey has been the man who does the fine tuning on the Williams Center sound. His job is part scrounger (when a performer arrives and needs a special musical instrument, Frey gets it), part audiophile (Frey arranges the speakers and makes the changes in the hall to get the sound just right), part record producer (when someone wants a recording made, Frey does the microphoning, mixing, mastering), and part songwriter (Frey sometimes pens the tunes on Lafayette-produced performances for the theater department).

It’s a hodgepodge job, but Frey’s career has been just as hodgepodge. In the late 1970s, he was bass guitarist for a punk rock band called The Midniters, which was the house band at 4th Street Saloon in Bethlehem, Pa. The club was a prime spot for the late 1970s British punk invasion, and Frey found himself playing alongside acts like 999, U.K. Subs, and legendary horror punk act The Misfits, led by Glenn Danzig.

“It was wild. It was fun,” he says, “but two years was enough. It was time to settle down and raise a family.”

The Midniters needed someone who understood sound to handle their recording and sound amplification. Frey took the job sans training. He learned sound mixing by doing. 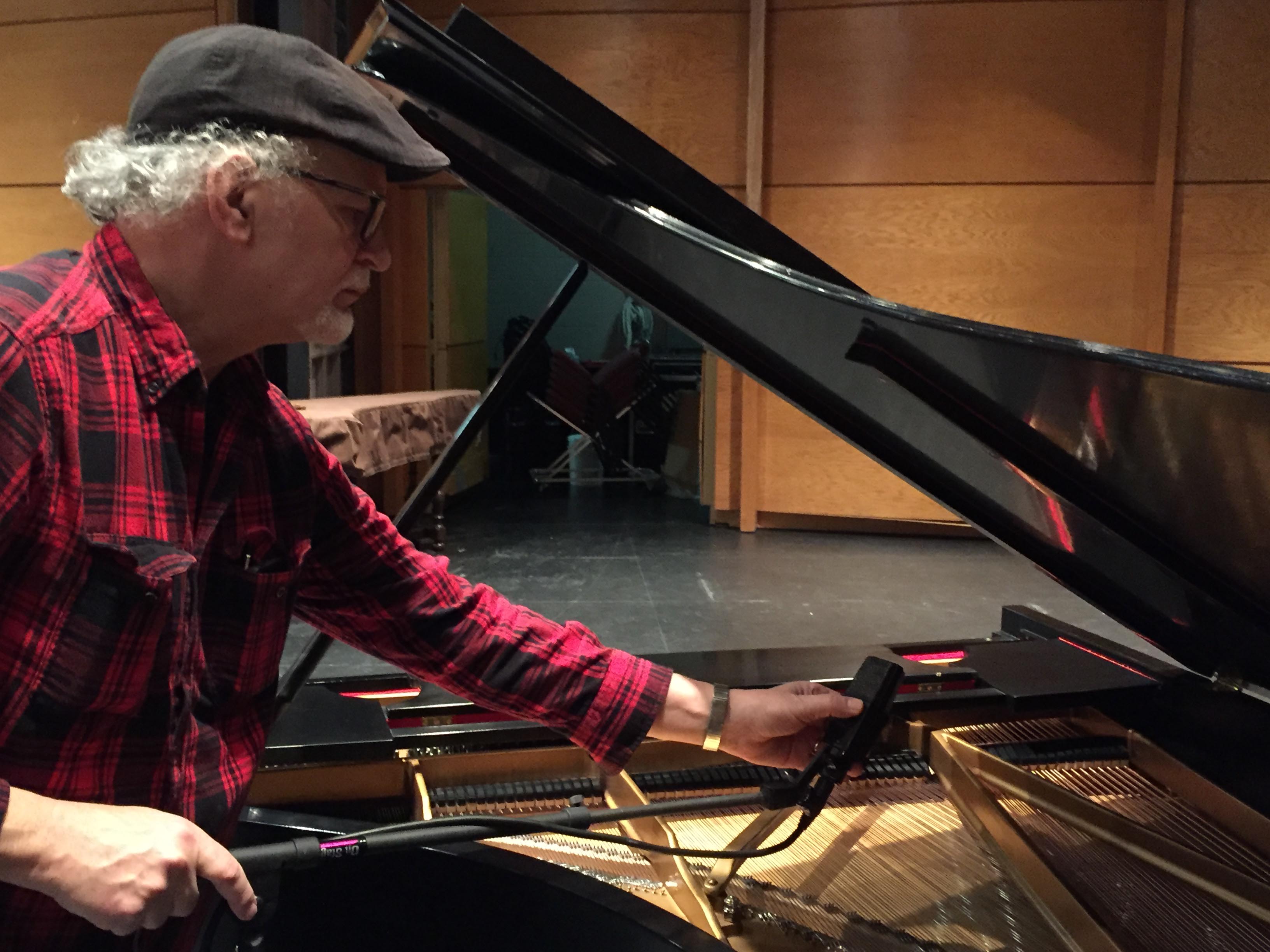 “In 1979, there were no schools that I was aware of,” he says. “In those days, you flew by the seat of your pants. Now schools for sound are everywhere.”

When the band split, Frey moved to New York and took sound technician jobs in musical theater. He moved back to the Lehigh Valley in the mid 1980s and took a job as technical director of Touchstone Theater, a nonprofit venue not far from the club where The Midniters used to play.

It was here that someone at Lafayette noticed his work and offered him the gig of his lifetime.

The Lafayette job is far more than simply pushing speakers around a stage. Each performance has its own unique challenges. Frey often negotiates with performers who have specific needs. Instead of this instrument, could they use something from Lafayette’s stock of drums, guitars, etc.?

When they can’t, Frey goes to Blue Chip Sound in Bethlehem and leases the instruments.

The strangest request: One performer played a cello made of ice. She played it as it melted—the dripping sound was part of the act; microphones were required to capture and amplify it.

He still gets to show off his musical chops. Recently, the College put on a hip-hop musical production of A Christmas Carol. Frey wrote most of the music. He also penned a musical version of Robin Hood presented by the New York Musical Theater Festival.

At the rear of the theater, there are keyboards hooked up to audio equipment in the same room where Frey does his sound mixing work.

When someone wants to capture the Williams Center sound in a recording—for example, WWFM-FM, the classical radio station in West Windsor, N.J., which sometimes broadcasts performances from Lafayette—Frey does the recording.

He’s recorded 10 albums for mostly local artists. He toyed with the idea of creating a Live from the Williams Center label—but who has time?

Frey has to prepare for roughly 50 performances a year on the stage. Each one has its own unique way of capturing the Williams Center sound.

Sometimes Frey suspends speakers from the ceiling. Often, he picks a spot stage right that washes sound over the crowd. Maroon blinds in the back of the room can be raised or lowered to help control the “dryness” of the sound.

But everything is amplified by that oak shell. It came with the hall when the Williams Center was constructed in 1983. This season will be its last. The sides of the shell are beginning to wear, and some of the motors that control the configuration of the panels are starting to fail.

The College opted to get a new shell. It was delivered in January and will be mothballed until it’s installed over the summer.

Will that affect the Williams Center sound?

“That’s an interesting thing,” Frey says. “This is a great sounding space. It’d be really hard to screw it up; I’m sure it will sound just as good or better.”

Categorized in: Featured News, News and Features
Tagged with: The Arts, Williams Center for the Arts