Stephen King likens writing to telepathy. An idea or image from the writer’s mind transfers to the reader’s.

It doesn’t always work. Tiny failures on both sides can block the flow. Understanding can be colored by political, cultural, or idiomatic baggage. Throw in a language barrier, and the degree of distance grows.

For years, Margarete Lamb-Faffelberger, professor of German and director of the Max Kade Center for German Studies, dreamed of scenarios where writers, readers, and scholars gathered together to enhance their understanding. That’s how the Austrian-American Podium Dialog came into existence. 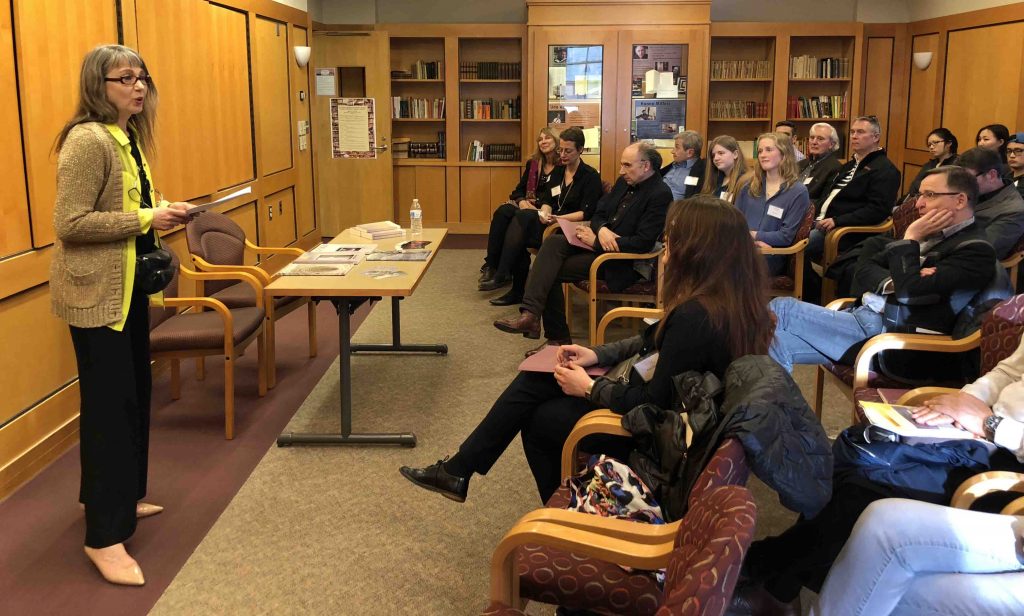 During the weekend of April 20-22, four German language writers, scholars from four U.S. colleges and universities, including Lafayette, and students gathered at the Max Kade Center on the fourth floor of Pardee Hall for the third installment of the dialogue that’s Lamb-Faffelberger’s dream realized.

The event concluded on April 24 at the Austrian Cultural Forum in New York with readings by authors and a discussion with authors and students moderated by Lamb-Faffelberger.

“It’s so unique,” says Barbara Kosta, head of the German studies department at University of Arizona. “I don’t know of anywhere in the United States where this [joining] of authors, literary scholars, and students takes place. It’s a very unique ecosystem that’s being created here [among] readers, interpretation, and authors.”

Kosta was one of four visiting scholars. She gave a presentation about a work by Austrian writer Udo Kawasser, who was among the four visiting authors who read from and spoke to students and scholars about their work. 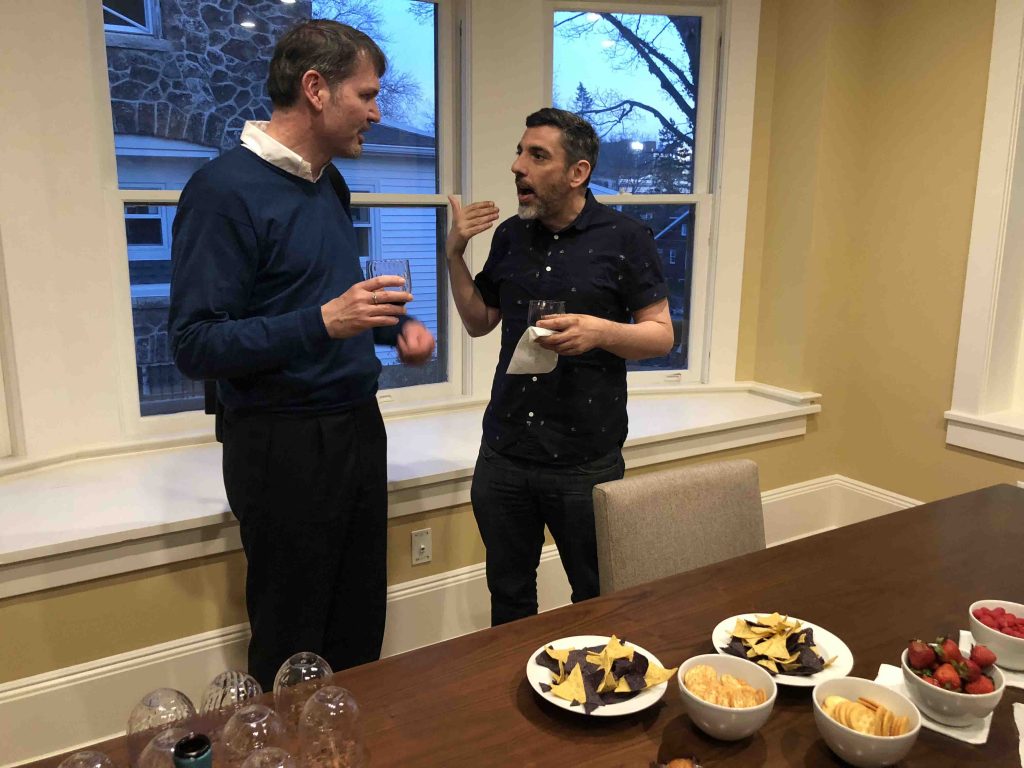 Podium is a Viennese writers’ association.  In 2011, Austrian writer Gabriele Petricek, who’d visited Lafayette as one of the Max Kade Center’s writers in residence, submitted Lamb-Faffelberger’s name to the association. That created a powerful Lafayette connection that’s allowed students to connect with and gain a better understanding of a number of prestigious European authors.

Students read the authors’ work before the event.

“There’s always a degree of separation between the work you read and the work the author intended you to read,” says Christopher Mayer ’20, a double major in philosophy and economics who is minoring in German. “When you meet the author and discuss the work with them, it kind of breaks that barrier, and you can compare your version of the text with their version.”

Mayer read aloud some of Petricek’s work Sunday evening at the Max Kade Haus, the recently opened home to the center’s writers in residence on McCartney Street.

“It’s rare you get to talk in person with such an author,” Willey says. “You can ask deeper questions. ‘You wrote this, and what did you mean and what does this character have to do with your life?’”

Participants at the Austrian-American Podium Dialog: