As our Pepper Prize finalists are about to graduate and leave campus, we asked them to share a defining moment of their college career and the spot where it occurred. 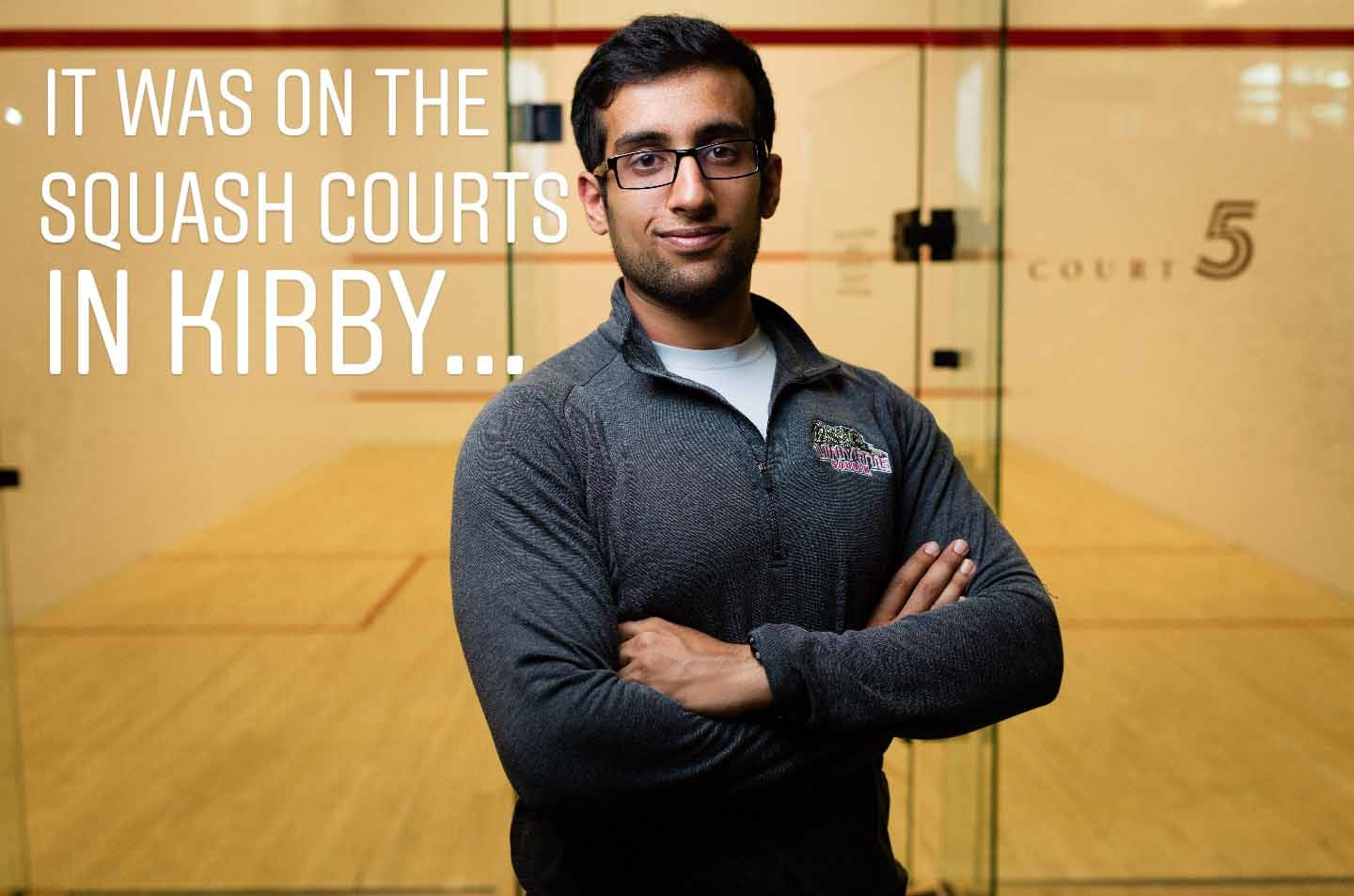 “I started playing squash with a good friend my first year, but I never thought the sport would become as important to me as it did. It was on the courts in Kirby that I met some of my closest friends. When our captain left, we came together as a team and began competing in tournaments. I took on a leadership role with the club and started training players for competition and worked to keep the team motivated. We went to nationals this year in Connecticut and are ranked 54th in the country.” 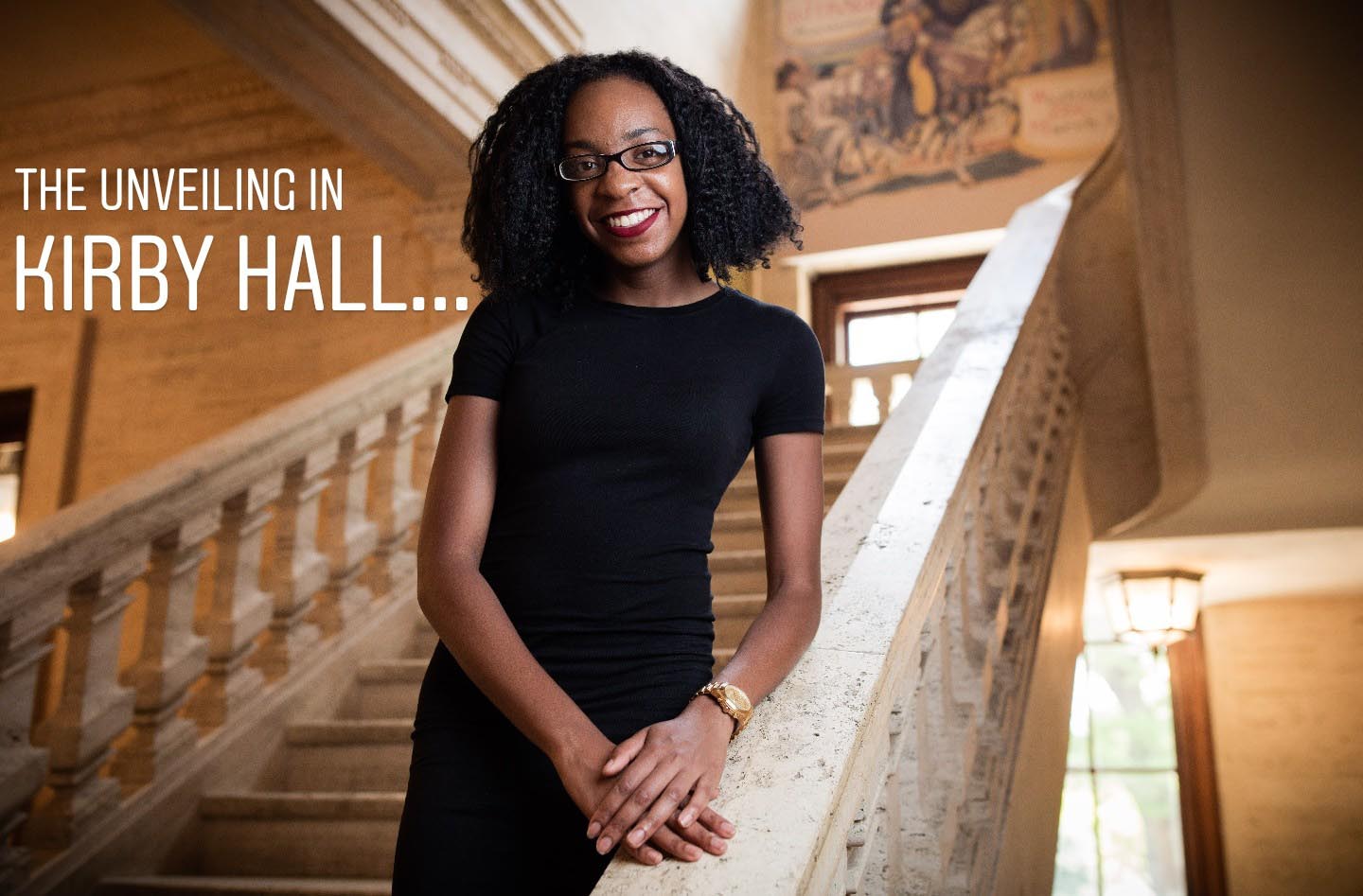 “The unveiling of the portrait of Supreme Court Justice Thurgood Marshall in Kirby (Hall) in October 2016 was a defining moment in my Lafayette career because of what it represented. Marshall was the first African- American Supreme Court justice. He was not afraid to dissent against injustices and stand up for civil rights. Every day that I headed to classes in that building and was greeted by Marshall’s portrait, I was reminded of his famous quote that I hope to live by: ‘Where you see wrong or inequality or injustice, speak out.’” 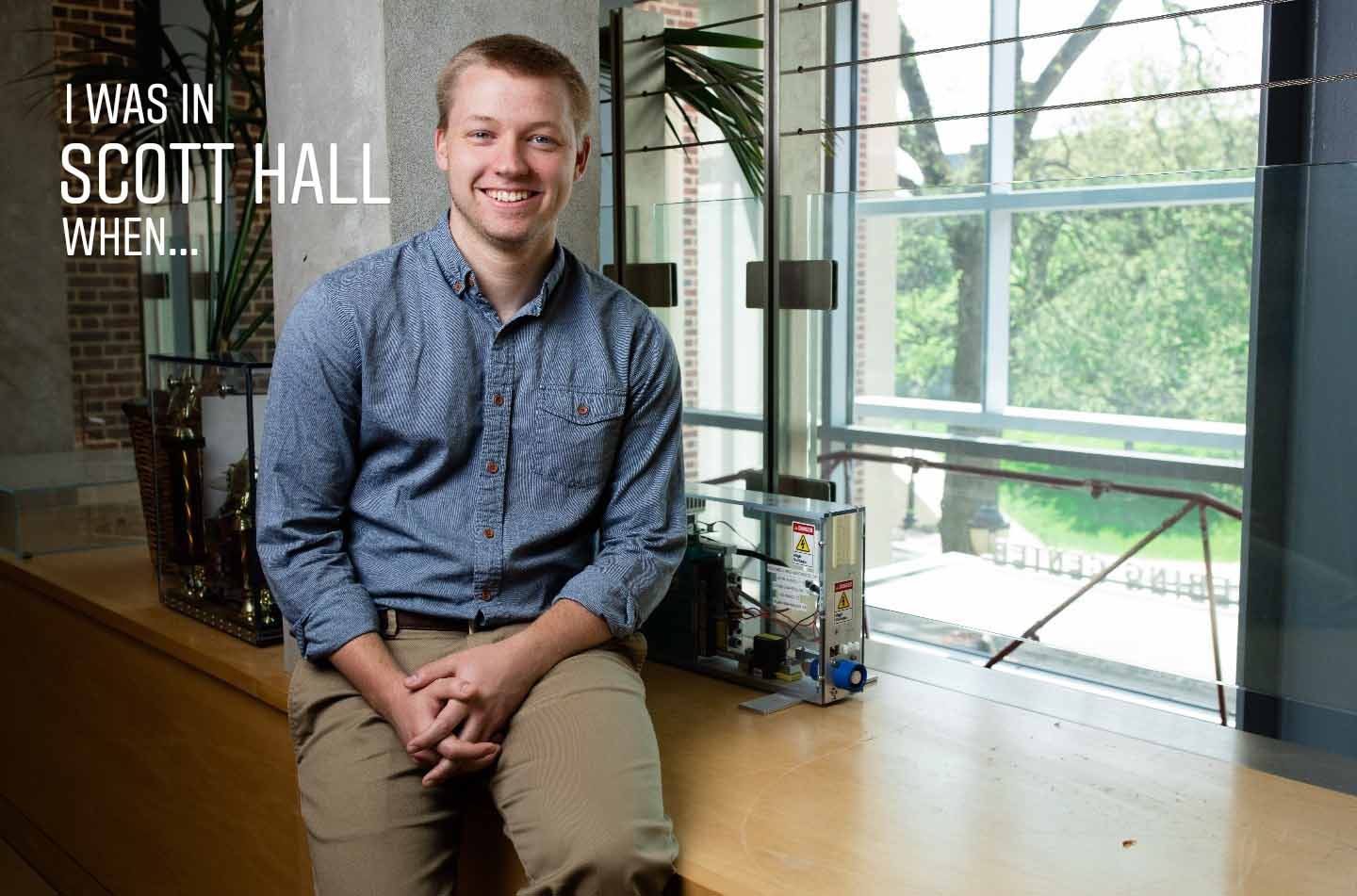 “I was standing near Dean Julia Goldberg’s office last year when I found out I was awarded the Carolynn Van Dyke Prize through career services to study Spanish and work on civil and environmental engineering projects in Guatemala. My first internship was through a nonprofit called Agua del Pueblo, where I helped design a flood-mitigation system for the community of Miramar. After helping build the first stages of the design, I took another internship redesigning a Mayan spiritual cave site. It became my senior thesis, and I successfully defended it this past Monday.” 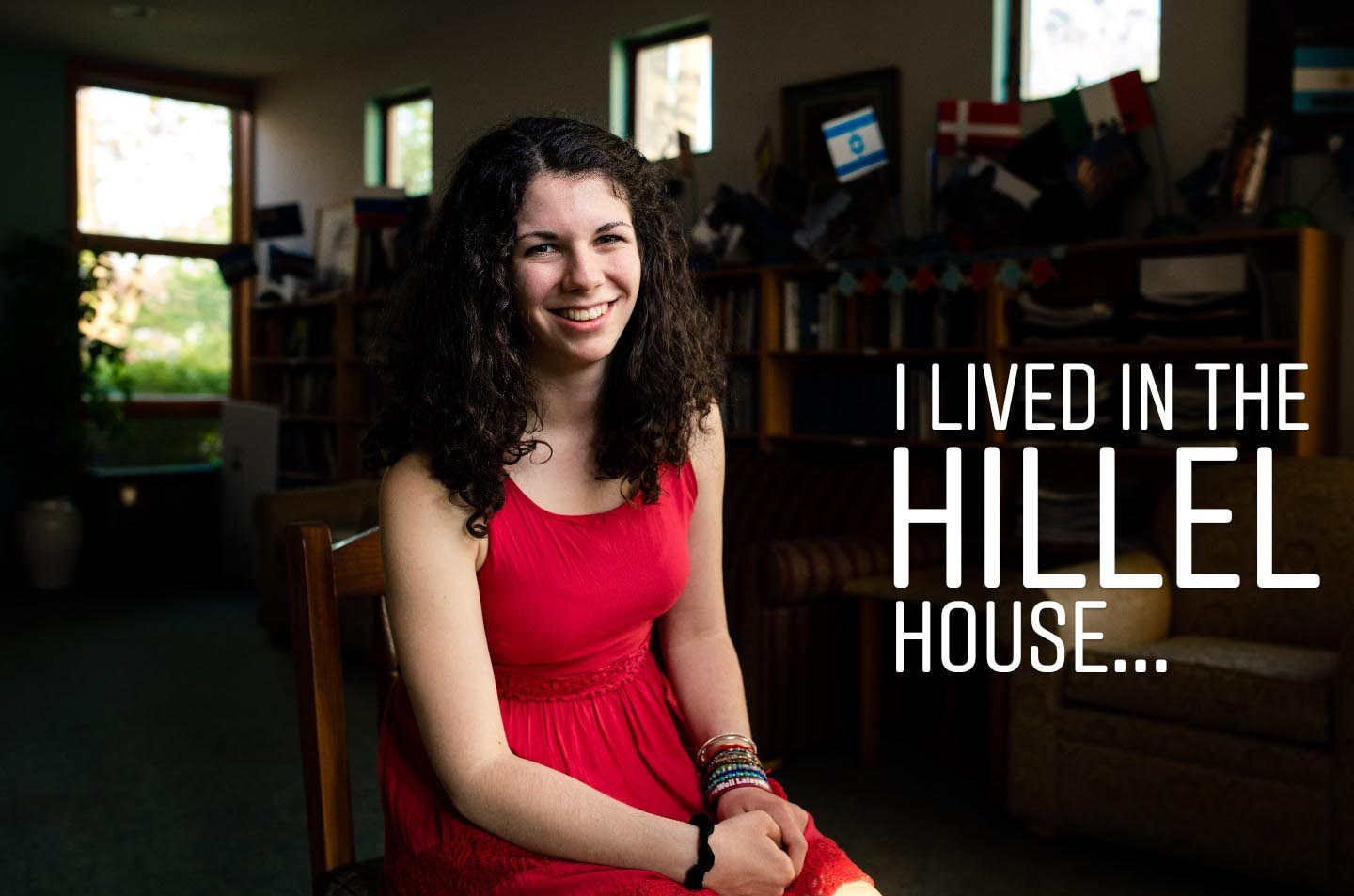 “Tikkun olam, the Jewish principle that everyone bears a responsibility for helping repair the world for the next generation, has been my guiding force at Lafayette. Through Hillel Society, I have been able to explore my Judaism in more depth, apply its social justice principles, and learn from incredible student leaders and faculty advisers who helped strengthen my leadership skills. I even lived in the Hillel House for six months, so you can truly say Hillel has been a home away from home.” 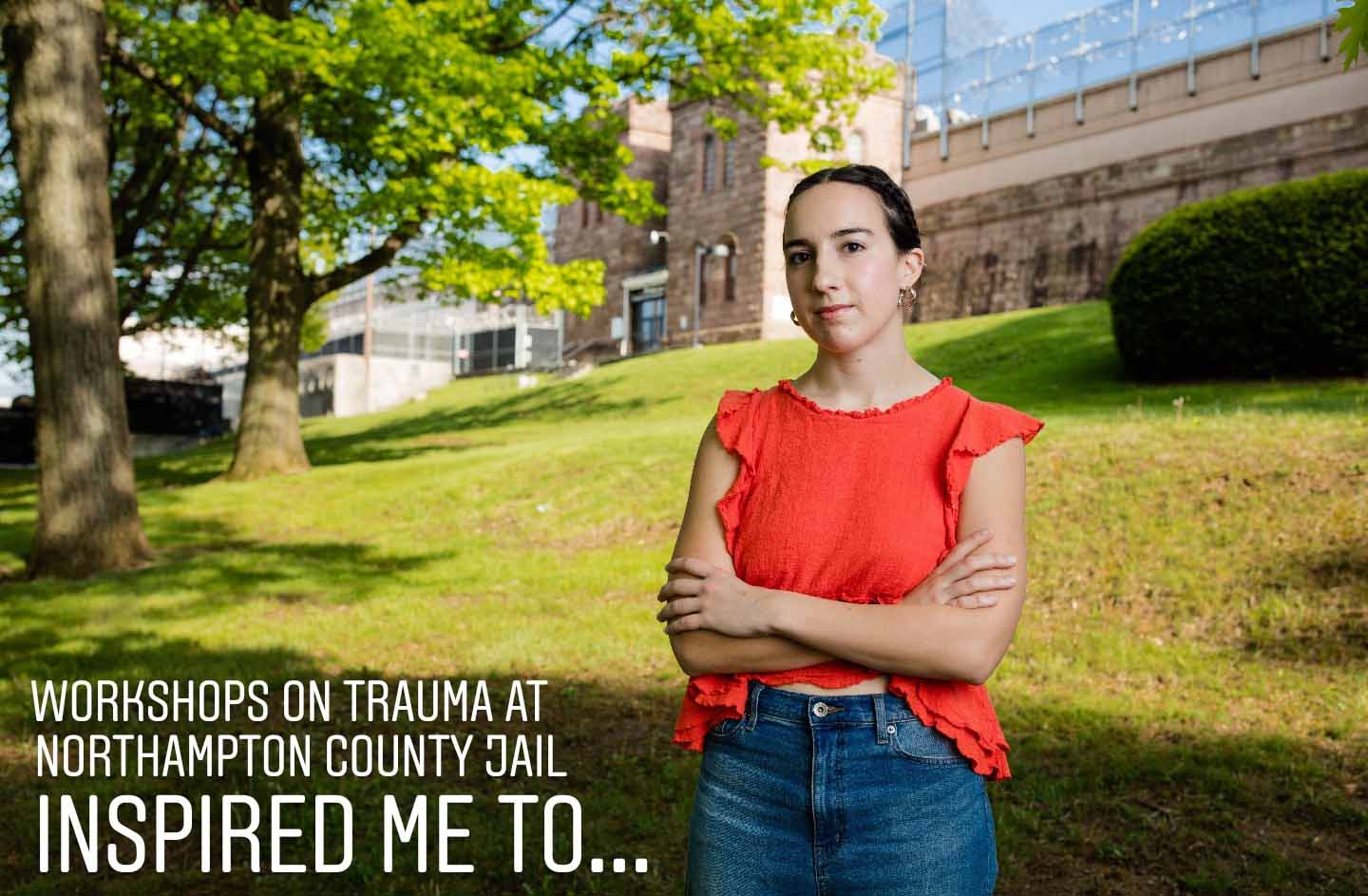 “I was in Dr. Bonnie Winfield’s First-Year Seminar on community engagement and then went to work under her leadership in the Landis Center for Community Outreach. This semester I had the honor of accompanying her to Northampton County Jail on Friday nights and Sunday mornings to participate in workshops on trauma with the women inside. The experience has inspired me to work toward dismantling mass incarceration and the racial inequities of the system.” 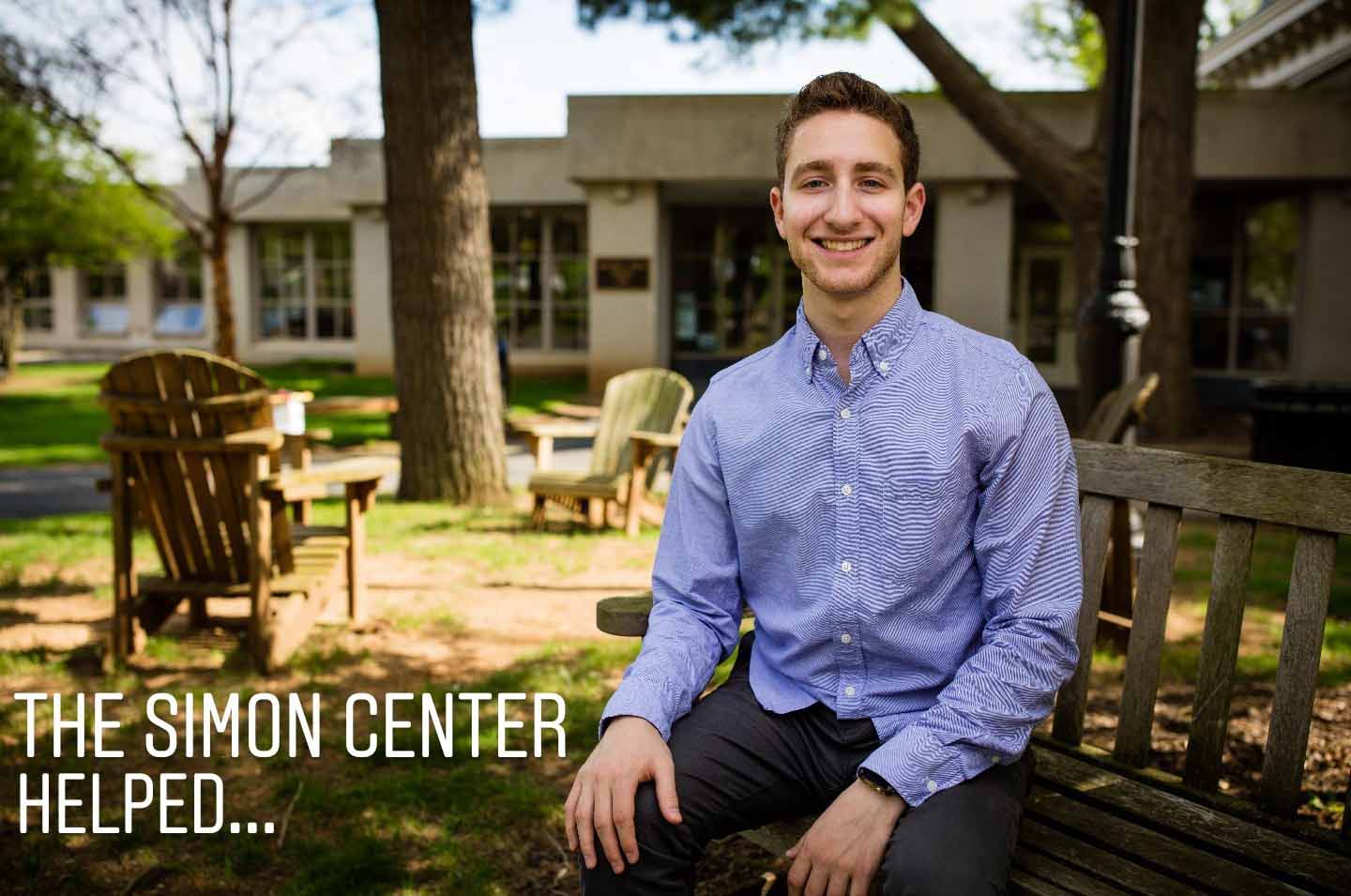 “When I started college, I thought I wanted to major in biochemistry and pursue a career in health care. However, my job-shadowing experiences and coursework led to my change in a career path and major. Simon L3 helped facilitate this 180-degree shift. It is the place where I took my first economics class and found myself every Friday for Investment Club. It is also the place where I received news that changed my life. On Oct. 28, 2016, I received a call there from Goldman Sachs offering me an internship in its Investment Banking Division. The countless hours of reaching out to Lafayette alumni and leveraging connections to secure summer opportunities in the financial world finally paid off.” 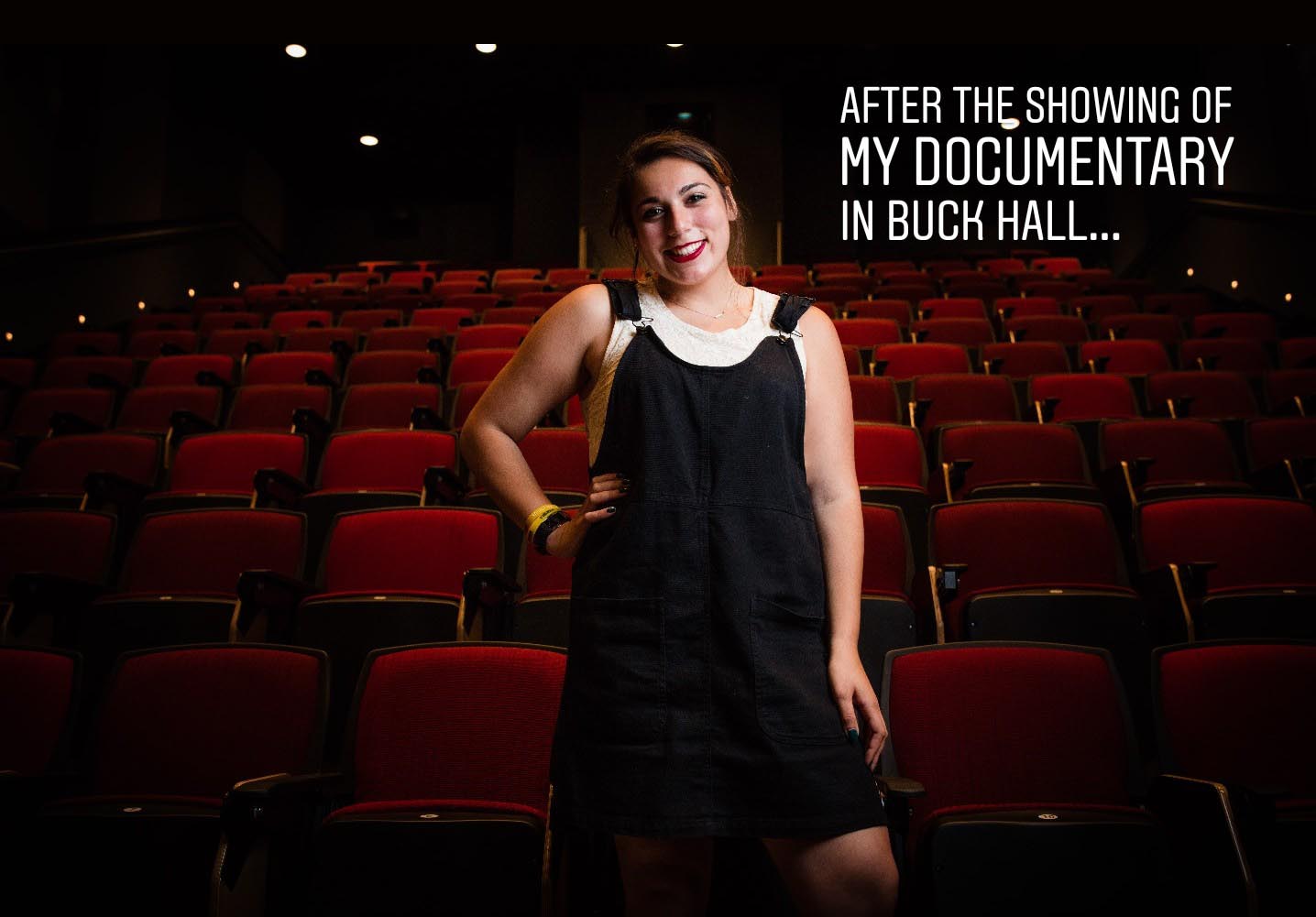 “After the showing of my documentary about the opioid crisis in the Lehigh Valley (A World of Gray) in fall 2017 in Buck Hall, I broke down and cried because I felt so fulfilled. I had always wanted to take a film class, especially a documentary one, but it didn’t fit my schedule until senior year. I had become interested in the opioid crisis after witnessing countless overdoses while job shadowing and volunteering at local hospitals. I loved being able to combine my passion of photography/film with science and my future career as a physician. It was one of those moments when I felt purpose and knew that I would continue using art to bring science to a more understandable and approachable level.” 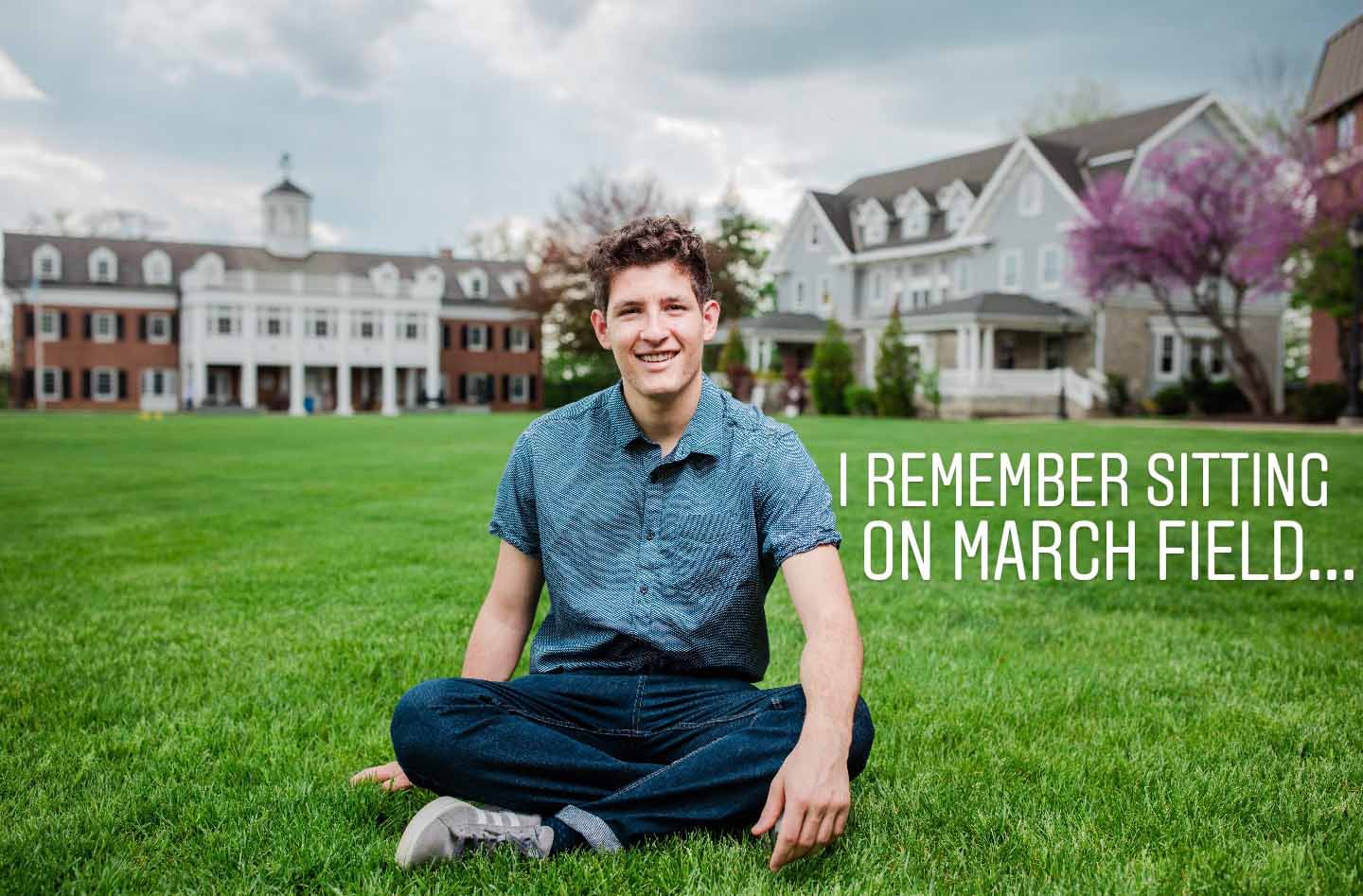 “I was invited to come to campus early my first year to attend international orientation because my roommate was from Jamaica. The culmination of the program was a barbecue on March Field. I remember sitting in a circle with students from all around the world discussing everything from religion and politics to dining hall food and our upcoming First-Year Seminars. Little did I know that four years later the people in that circle would become my closest friends.” 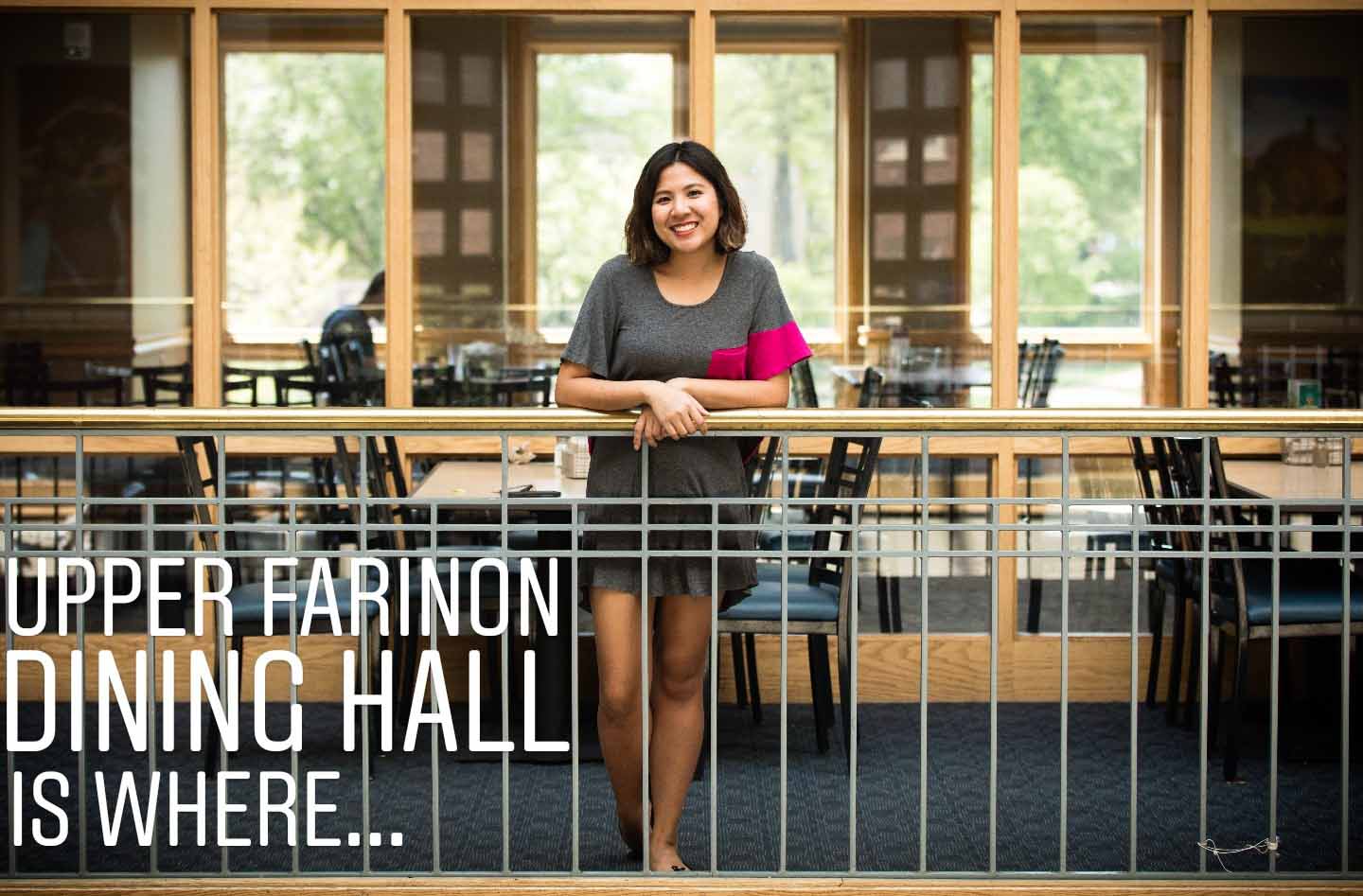 “Upper Farinon dining hall is where my friends and I started meeting to share our anger over Trump’s ban on refugees and to find a way to fight back. From those conversations, we started raising money for refugees and formed a student group called Refugee Action. We’re hosting a refugee family in an apartment someone donated to us for a year, and we’re getting ready to host a second family.” 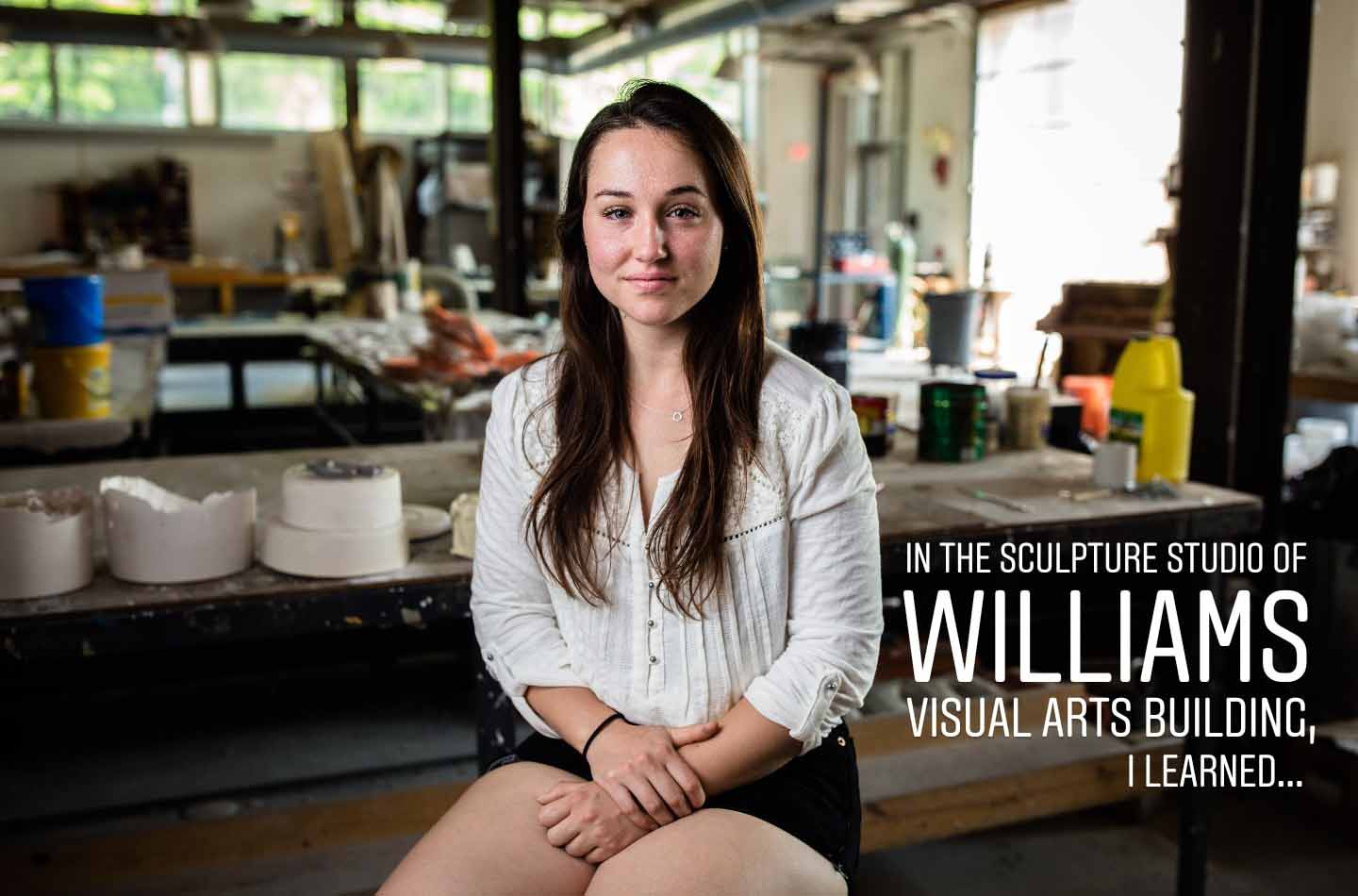 “It was in the sculpture studio of WVAB as a second-semester senior that I learned the value of letting go. As a typical high-achieving, type A individual, it was really hard to enter an academic and expression-based space that required me to relinquish control and perfectionism. This studio marks my development as a person beyond Lafayette as it has taught me to let go of what I cannot control and relish being free to create and express myself.”