Chris Felix ’18 is Philadelphia tried and true. While born in New York City, he moved to the city of brotherly love at a young age. The inner-city Northeast neighborhood in Philadelphia was his stomping ground. As a sophomore in high school, he made a promise to himself that he’d never go to a school outside the city.

At that time, Felix attended Northeast, a school of nearly 4,000 students. Of the inner city high schools, Northeast was considered by Felix the one everyone wanted to attend.

“It was the safest, had better teachers, and more AP classes,” he says.

He was part of Philadelphia Futures, a nonprofit organization that provides low-income, first-generation-to-college students with the tools, resources, and opportunities necessary for admission to and success in college. 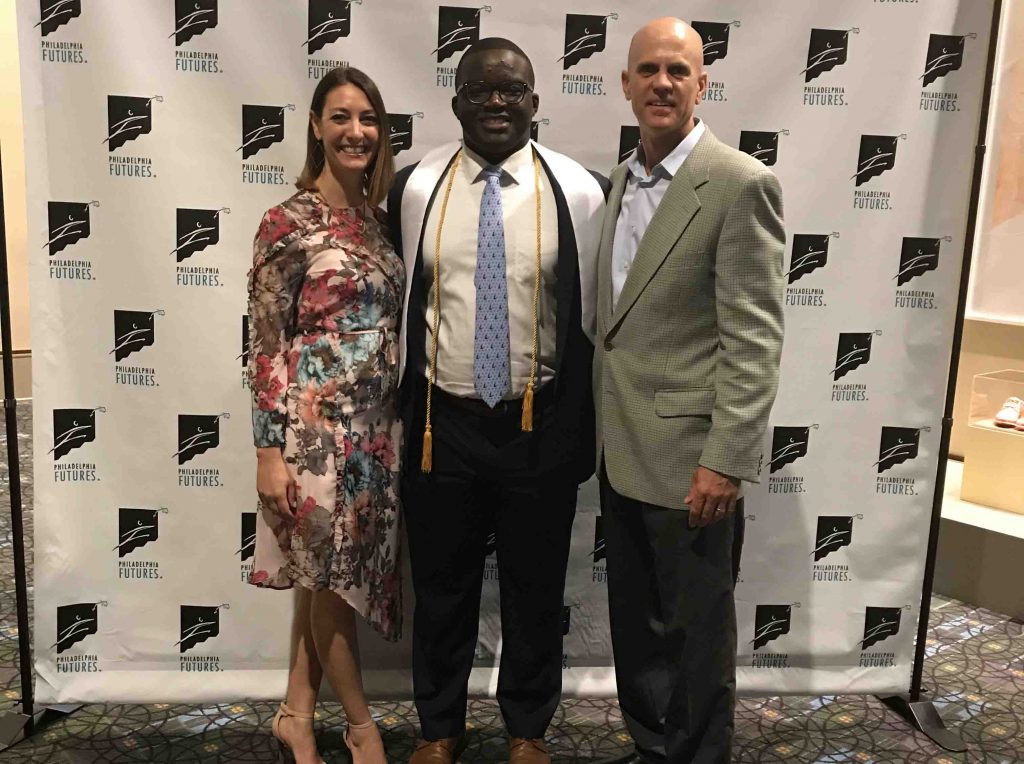 It also had challenges, as some may have witnessed on TV. Northeast served as a backdrop for the A&E reality TV show Teach: Tony Danza. The actor signed on to teach a 10th grade English class at a school where 57 languages are spoken and 100 percent of students are economically disadvantaged.

Despite barriers surrounding him, Felix remained undaunted. He had plans.

Thanks to the program, Lafayette College appeared on the radar.

“My Philadelphia Futures coordinator spoke very highly of the College, but I had never heard of it, and it wasn’t in the city, so I wasn’t going to go there,” he says. 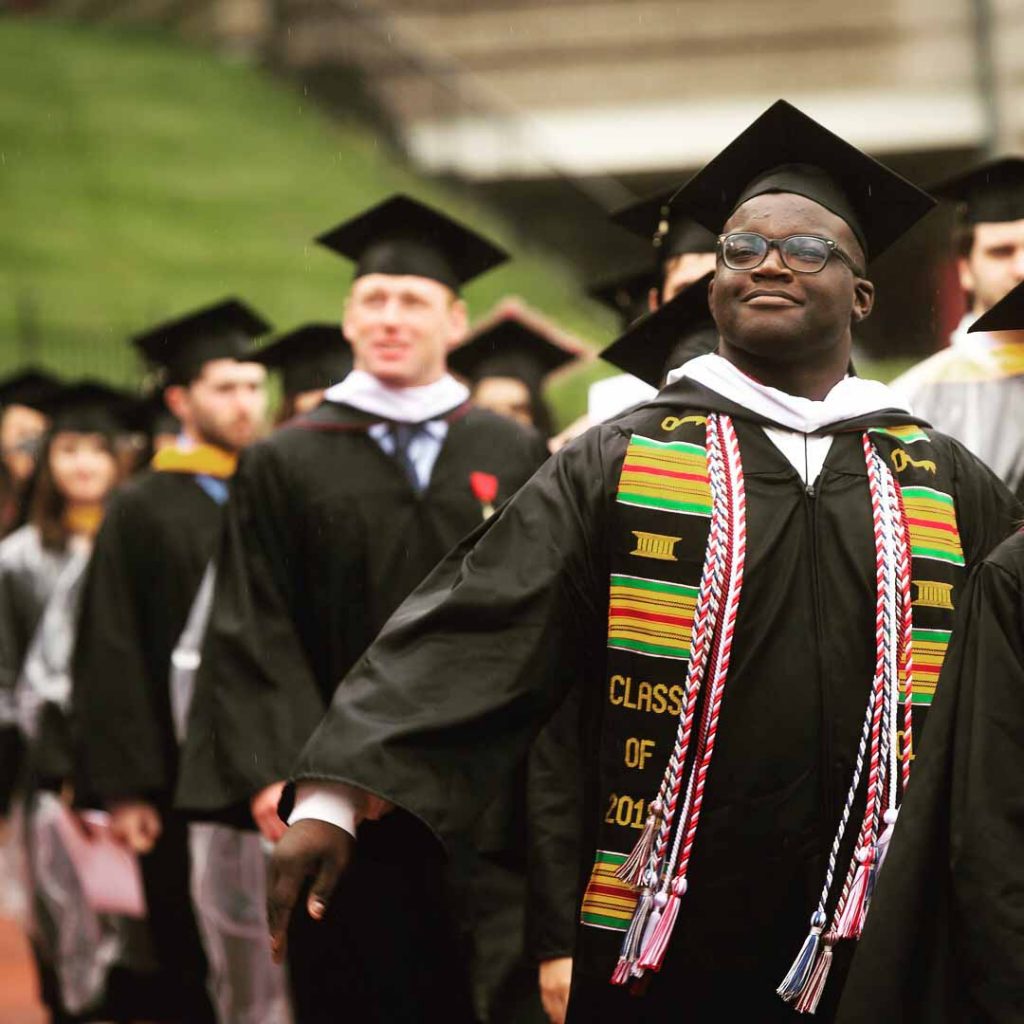 Still, Felix came up for a tour.

During one of those visits, a student in Farinon College Center recognized Felix and mentioned he’d seen him here a few months ago.

“That interaction stayed with me. That student remembered me,” says Felix. “I knew then that this is where I wanted to be.”

Felix applied early decision, and then dove in. 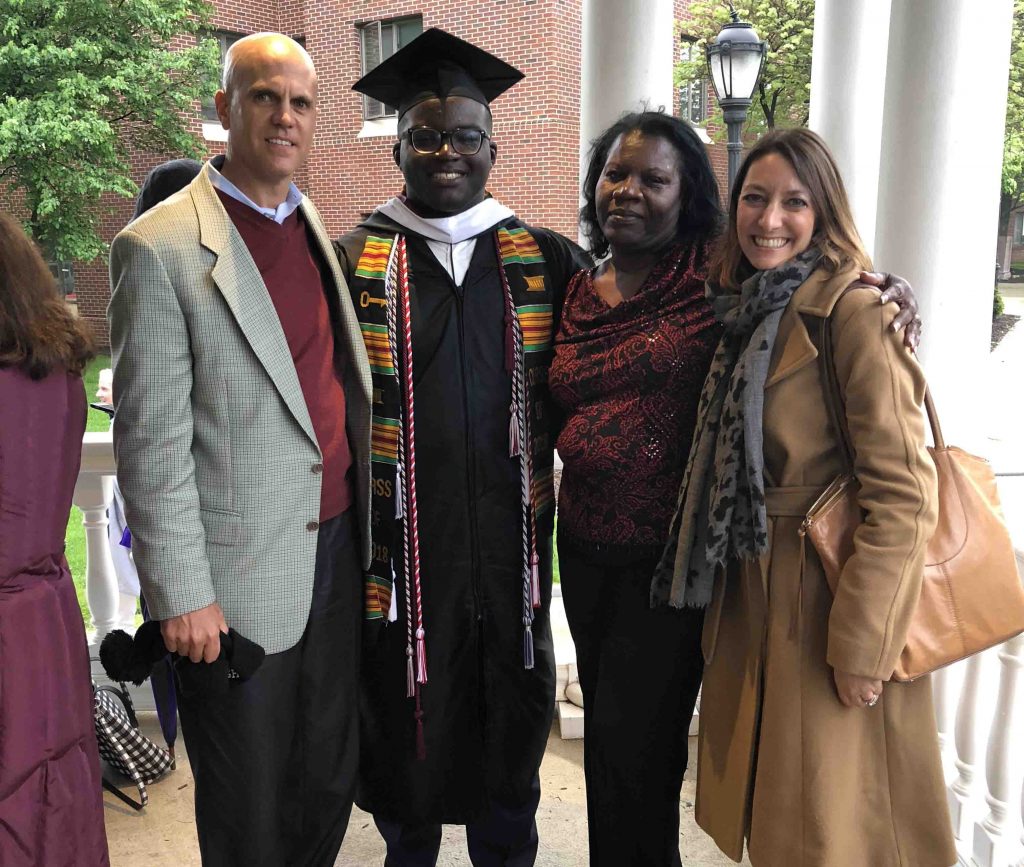 The psychology major and anthropology minor was on the rugby team and a resident assistant.  He was a member of Phi Kappa Psi and served as a senior interviewing coordinator for the Office of Admissions.

Academically, Felix excelled—literally. He was a summer EXCEL research scholar, working with Lauren Myers, assistant professor of psychology, on her research with toddlers and video chatting. In fact, he continued on as an independent scholar with her.

After an internship at Lincoln Financial as part of its learning and development team, he decided to tackle an honors thesis on work/life balance.

Oh, he also traveled to Sweden.

“There is so much I love about Lafayette,” he says. “I took advantage of so many opportunities and did it without a clear path.”

Some students work with the end in mind, but Felix wanted to try it all.

“I didn’t pick a major where I was clear on what would come next,” he says. “I knew I liked working with people. With psychology, I just enjoyed being in the classroom and loved the work in the lab.”

It did pay off.

What he learned, he uses every day. His internship led to full-time work in financial sales.

“With each encounter, I am talking to people, building trust, and demonstrating empathy,” he says.

Where is that job? In Philadelphia, of course … right smack dab in the city he swore he’d never leave.

Luckily, Lafayette is close by.