Cupcakes are this student’s secret ingredient to college success Twitter

You want it to be pretty, fun, and a smart buy. Variety helps as well.

She started baking in high school. Was she a natural? No. Did she love cakes? Yes.

“My mother tells this story about me as a little girl in Haiti. We were at a wedding, and I didn’t get a piece of cake. I cried and cried,” Fertil says. “The bride searched for and found a piece for me.”

Cake in Haiti is special. Since most people don’t have ovens, baked goods are only available at important occasions.

At age 5 when Fertil moved to Brooklyn, cake became commonplace … and a favorite food.

Then it became a business venture.

As a first-year student in high school, she noticed a classmate selling candy bars and bringing in $70 a week. Fertil caught the entrepreneurial spirit but wanted a unique offering. Enter her love of cake.

She took her birthday money and invested in utensils, baking trays, and a carrying tray, an essential item for her hour-long commute to High School of Health Professions and Human Service. 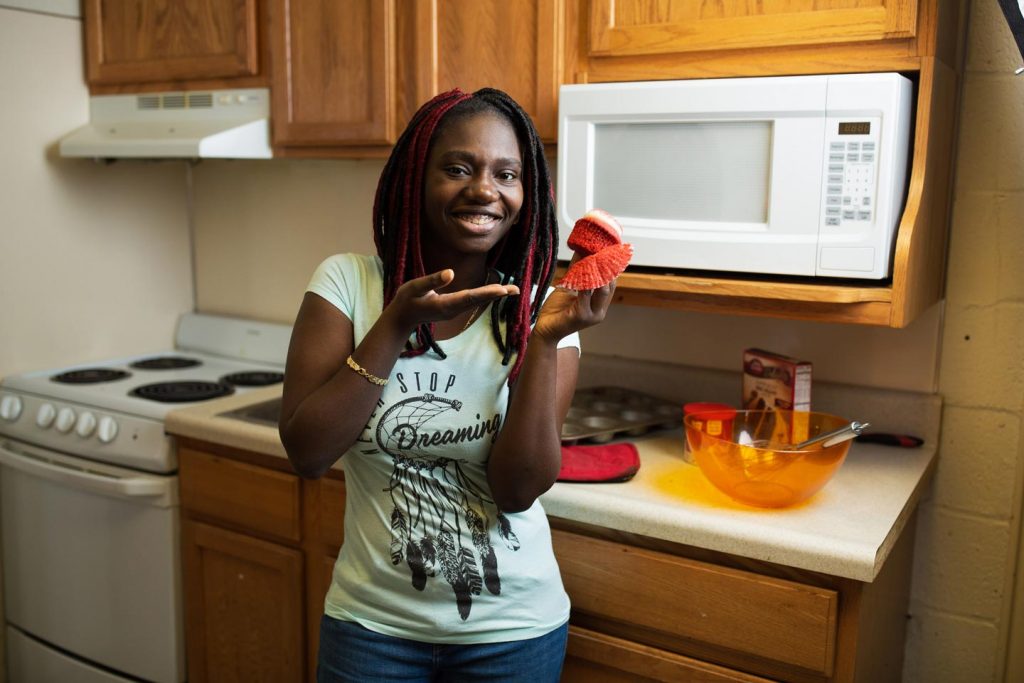 Starting off ambitiously, she baked two varieties of cupcakes five days a week. Like any shrewd businesswoman, she shifted her plan as she went along.

Soon she was operating three days a week, making one flavor of cupcake per day with a variety of frostings. Sometimes it was double chocolate, other times lemon, and still other times red velvet (her favorite).

Business boomed from the get-go. Her mom would take the weekly earnings and deposit them in Fertil’s bank account.

“It was a college account,” she says. “College was my goal since middle school, and I knew how expensive it could be.”

Baking alone wasn’t going to do it. Fertil also applied for and was accepted into SEO Scholars, a program that mentors public high school students to and through college. The program boasts 100 percent college acceptance and a 90 percent college graduation rate.

It meant that Fertil would spend time after school each day, a full day on Saturday (which also became a day to sell cupcakes), and a month in the summer focused on school.

“I spent five weeks at Skidmore College during my junior year of high school where I took Intro to Sociology and a writing seminar on the topic of love,” she says.

That’s where she had her introduction to Lafayette. As a sophomore, she toured the College in February.

“It was quiet day on campus,” she says. “The College was beautiful but massive. It was such a contrast from New York City that I thought I’d never come here … I’d be walking for days!” 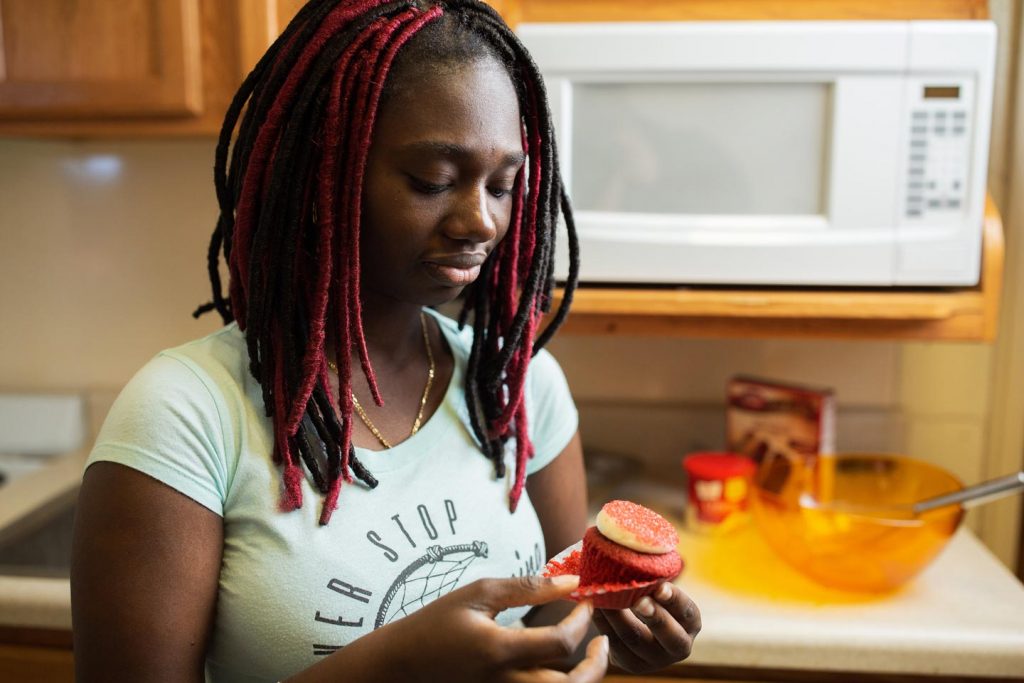 She toured again as a junior. This time the campus was more active. “I loved the people,” she says. “I could see how wonderful the place was as I got to know it more.” Still, she wasn’t sure if she could see herself here.

Like any prospective student, Fertil worried that she wouldn’t find her place.

By her senior year, she was applying to schools. She went to her guidance counselor to find out her rank since applications asked for that information.

That’s when she found out she was ranked first in her class of approximately 400 students.

“I was shocked for a minute, knowing how well others in my class were doing,” she says. “But then I just went back to class.”

The soon-to-be valedictorian applied to Lafayette, summoning the Cur Non message she saw in materials.

“My high school peers were predominately Hispanic, which is different from Lafayette,” she says. “But I thought I could take all of this in and experience it. Why not?”

The chemical engineering major is active on campus, part of Nia, the multicultural women’s support group; Society of Women Engineers; and the boxing club, yes, as in throwing jabs.

While financial aid is a godsend, the cupcake money will come in handy. She saved $10,000 from her baking endeavor. Talk about having your cake and eating it too.