The American dream. So alluring. So elusive.

It allured a young man in the late 1980s and his soon-to-be wife in the early 1990s. Together they left Syria for more opportunity and have not been back to their homeland since.

The move was not easy. They followed his family to Allentown, Pa., and found work. While he had his law degree, he became a factory mechanic. Her M.A. in Arabic literature meant little here, and she became a hairstylist.

Soon little ones arrived. In the household, education took center stage. College was the dream they held for all three of their children.

The eldest child, Donna Hanna ’22, embodies that dream. Born in Allentown, Hanna grew up in two cultures. At school, she spoke English and engaged in American culture, but her home life was filled with Syrian foods and Arabic.

“It was a gradual process, recognizing that these two things were not the same,” says Hanna. “As a young girl I didn’t realize the cultural differences I navigated until middle school. Only then did I see that my American life at school became my Syrian life at home.”

Her work ethic was the bridge between the two worlds.

“They couldn’t be a lawyer or teacher, so they instilled in me the drive to do my best and study hard so I could live the life they couldn’t,” she says.

Study hard she did. At her urban Allentown high school, she took six advanced placement courses and two college classes. She was a member of student council and many clubs as well as an intern at a local hospital that allowed her to shadow a physician.

Hanna learned about Lafayette at a college fair at her school.

“I was drawn to the close-knit size and community connection,” she says.

When she toured, she fell in love with its beauty.

“I just felt like I belonged here,” she says. “As ED [early decision] acceptance day drew near, I was afraid I might not get to go here.”

Having been on campus now as a full-time student, she is managing the transition to college, balancing the intense workload, and building her friendships.

But Move-in Day was another moment of feeling split at the root. She was excited to start but sad to leave home.

“My parents were so proud and sad at the same time,” she says. What any parent might feel when a dream is realized. 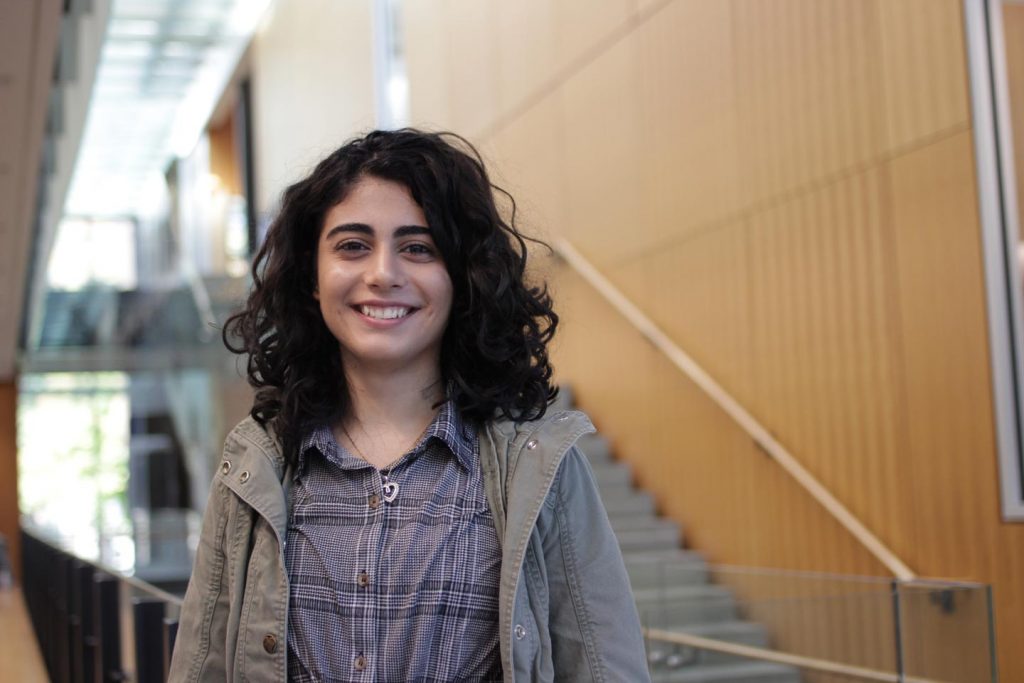