In Lafayette's First-Year Seminars, students explore issues, gather evidence, and communicate their ideas through writing. Here's a look at one of these innovative classes Twitter

Take us there: The war in Vietnam is hurtling toward its ambiguous end. The nation is still bruised from the Kent State massacre the year before. A new, violent decade has dawned. How does this 12-month span between 1971 and 1972 influence the efforts of artists and writers? How do artists and writers influence society? Students take a deep dive on a pivotal year in this First-Year Seminar.

Who’s navigating the journey? Kirk O’Riordan, associate professor of music and director of bands, who comes to the idea from music. A composer in his own right, O’Riordan picks a year around a piece of music or composer who has drawn his interest. Previous classes focused on 1912-13, which O’Riordan came to through Igor Stravinsky’s Rite of Spring, composed in 1913, Schoenberg’s Pierrot Lunaire (1912), or Gustav Mahler’s Symphony No. 9, performed for the first time in 1912. Another class examined 1944-45, and Aaron Copland’s Appalachian Spring, Dmitri Shostakovich’s Symphony No. 9, and Bartok’s Concerto for Orchestra.

Why one year? “You get a really small cross-section of what’s going on artistically,” O’Riordan says, “and then you map that onto larger trends. It’s sort of like when you’re studying ice in the Antarctic. You drill down and you get an ice core sample, and you can tell everything that was going on a million years ago from what’s in the ice.” Students research, analyze, and present on various works and artists from the era, how those works were influenced, and what effect they had on the culture that followed.

Tell us about the key players: O’Riordan has an interest in composers George Crumb and Steve Reich– “people I study and emulate a lot.” Literature of the year came from writers such as Hunter S. Thompson, Alice Munro, and E.L. Doctorow. Artists include Andy Warhol and Roy Lichtenstein.

Making a mark: Students discovered that some of the art from the period pushed against cultural boundaries. Performance artist Chris Burden, for example, in 1971 asked a friend to shoot at him with a 22-caliber rifle and graze his left arm. The shot was slightly off target, and the bullet went through Burden’s arm. The shooting was filmed. In the violent world of 1971-72, the act showed viewers a moment of viciousness from an up-close vantage point, forcing them to reconnect with violence to which they might otherwise have become desensitized.

Modern-day day connections? O’Riordan says he doesn’t consciously pick a year to study to draw parallels to culture today—but sometimes that’s unavoidable. “If it happens, it happens,” he says. “Normally, I try not to bring too much content to the class. The class is more valuable for everyone when the students bring more content. And that’s where the class becomes really successful—when they’re being creative and looking for things that interest them. Their scholarship’s a lot better when they care about what they’re doing.” 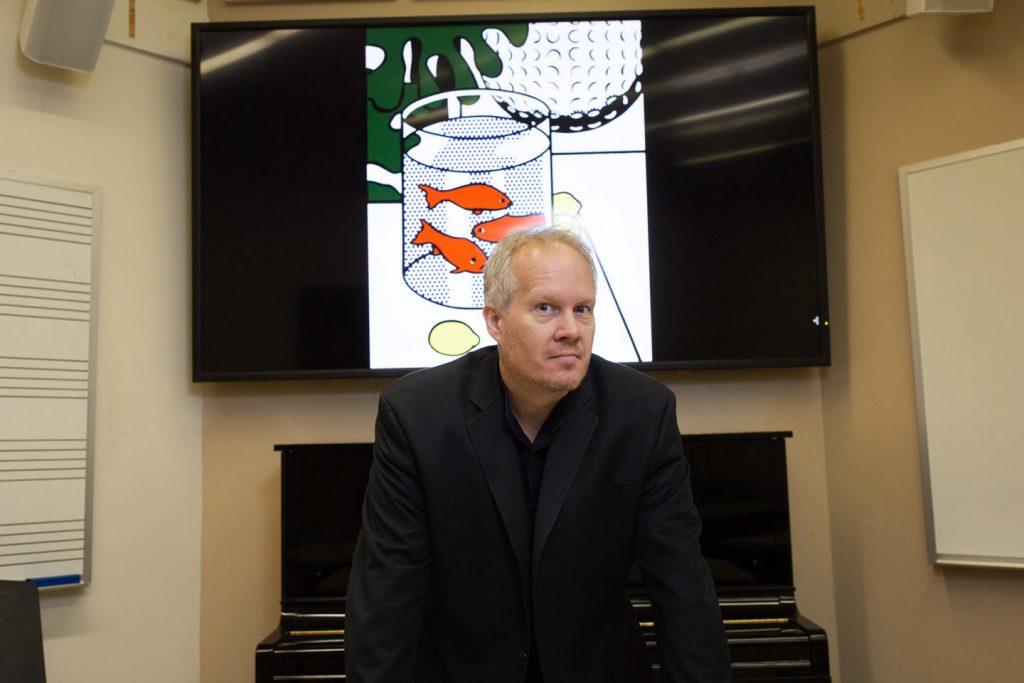