In Lafayette's First-Year Seminars, students explore issues, gather evidence, and communicate their ideas through writing. Here's a look at one of these innovative classes. Twitter 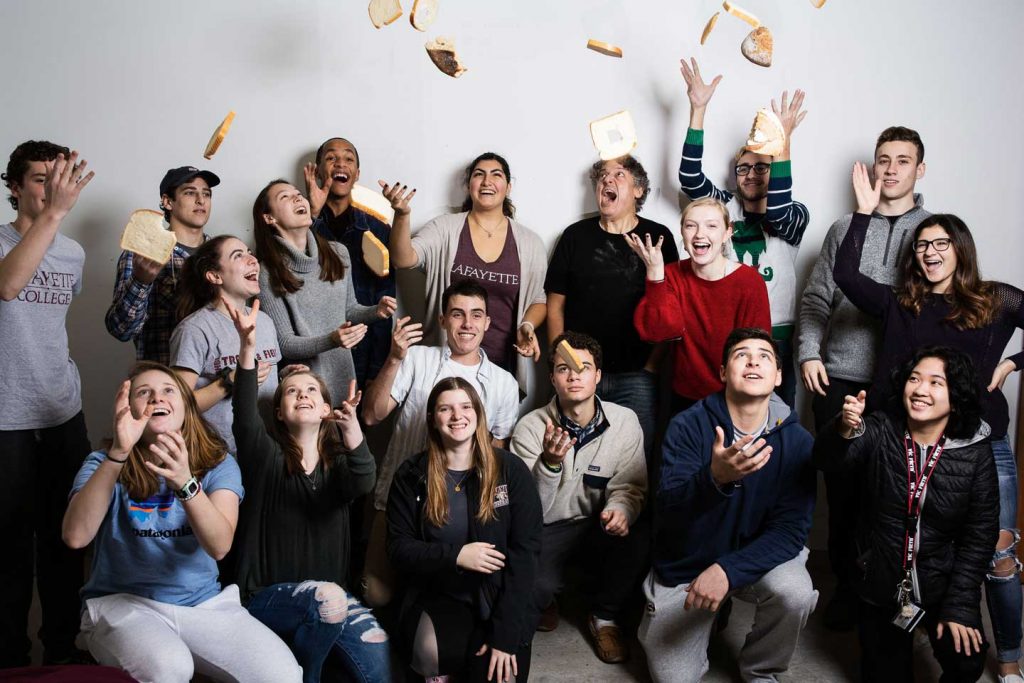 What’s it about? Whether it’s the bag of Wonder you find on the grocery shelf or the marble rye your grandmother baked, bread sops up more than just gravy. It draws its character from the culture where it is baked. Every ingredient has its own history and its own story to tell. So you’re not just baking up butter-holding devices in this First-Year Seminar. In addition to tasting slices of all stripes, students find themselves digging into the history of salt, water issues in Flint, Mich., and how people manage another key ingredient: time.

Meet the lead baker: Nestor Gil, associate professor of art, has over the past eight years risen to the level of bread nut. “I love it, man,” he says. “I bake obsessively.” After some friends introduced him to baking in 2010, Gil found himself digging deeper into the dough. Now he regularly prepares French-style country loaves for his family, and can talk about a good soup-soaker the way some people talk about wine. “Bold, robust crust,” he says. “Hearty chew. Strong sour tone.”

What’s cooking? Gil tries to bring in a different bread to every class. Students can slather it with butter, sample it, and make tasting notes. They read In Search of the Perfect Loaf: A Home Baker’s Odyssey by Samuel Fromartz. Students then visit the library to research about bread in society. Students also get a chance to go to Gil’s house to participate in the baking action.

True sustenance: “We learn a lot about the space bread occupies in our culture,” Gil says. Students write a “bread biography,” where they discuss their history with the food. Some students are able to write long meditations. One year a student from China had her first experience with Wonder-like bread— a roll in Upper Farinon.

Buying local: Gil gets flour for the class from Mark Fischer ’87 and Fran Henry ’87, who started Castle Valley Mill a few years ago.

Class pet: It lives in a jar covered with wax paper. Each student gets a chance to take it home, feed it, and love it. It’s a yeast culture they’re growing this semester. They’ll use it to bake a loaf of bread. Students have dubbed it Lil’ Yeasty. (A couple years ago, students dubbed their pet Tony Starches.) Lil’ Yeasty is a sourdough culture made by mixing flour and water and allowing it to rot. Over 24 hours, the culture expands and then collapses, so you add more flour and water. “All the little bacteria are doing their little eating and pooping thing,” Gil says. “They release gas, and that’s what makes bread rise.”

World on a (bread) plate: Archaeologists discovered grinding stones for making flour from as early as 8,000 B.C. Ingredients like water, salt, and yeast are as old as time. Gil’s hobby has plenty of room for scholarship. “If you break down the ingredients—salt, water, flour, yeast—there are myriad different directions you can go with each of those,” he says. “Multitudes. It contains whole worlds.” 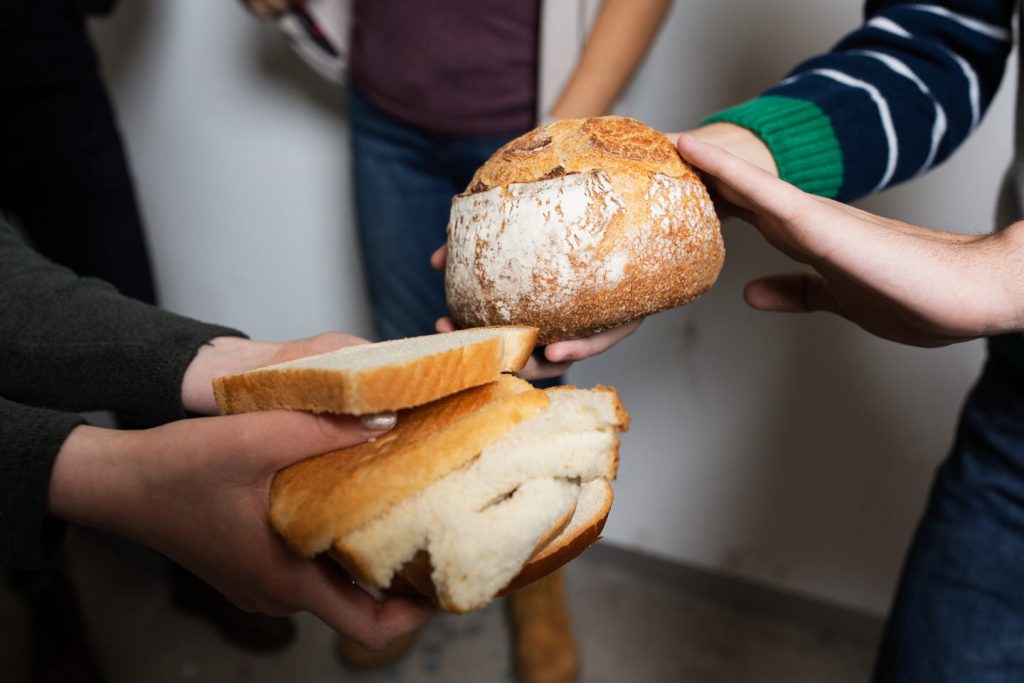