Story and photos by Bryan Hay

Whether it’s a tied-arch, a girder, or a truss, steel bridges and sparks from welding joints get in the bloodstream early for aspiring civil engineers at Lafayette.

On a recent morning, as the rest of campus hunkered down to prepare for final exams, three teams from Prof. Steve Kurtz’s Structural Analysis and Steel Design course participated in the 16th Annual CE311 Steel Bridge Competition in the basement of Acopian Engineering Center.

The objective is to produce a 22-foot-long steel bridge that is lightweight, stiff, and rapidly constructible. Teams representing each lab section spend five weeks designing their bridge and another five weeks fabricating it, doing all of the welding, cutting, and drilling following the rules of the National Student Steel Bridge Competition, which Lafayette won last year. 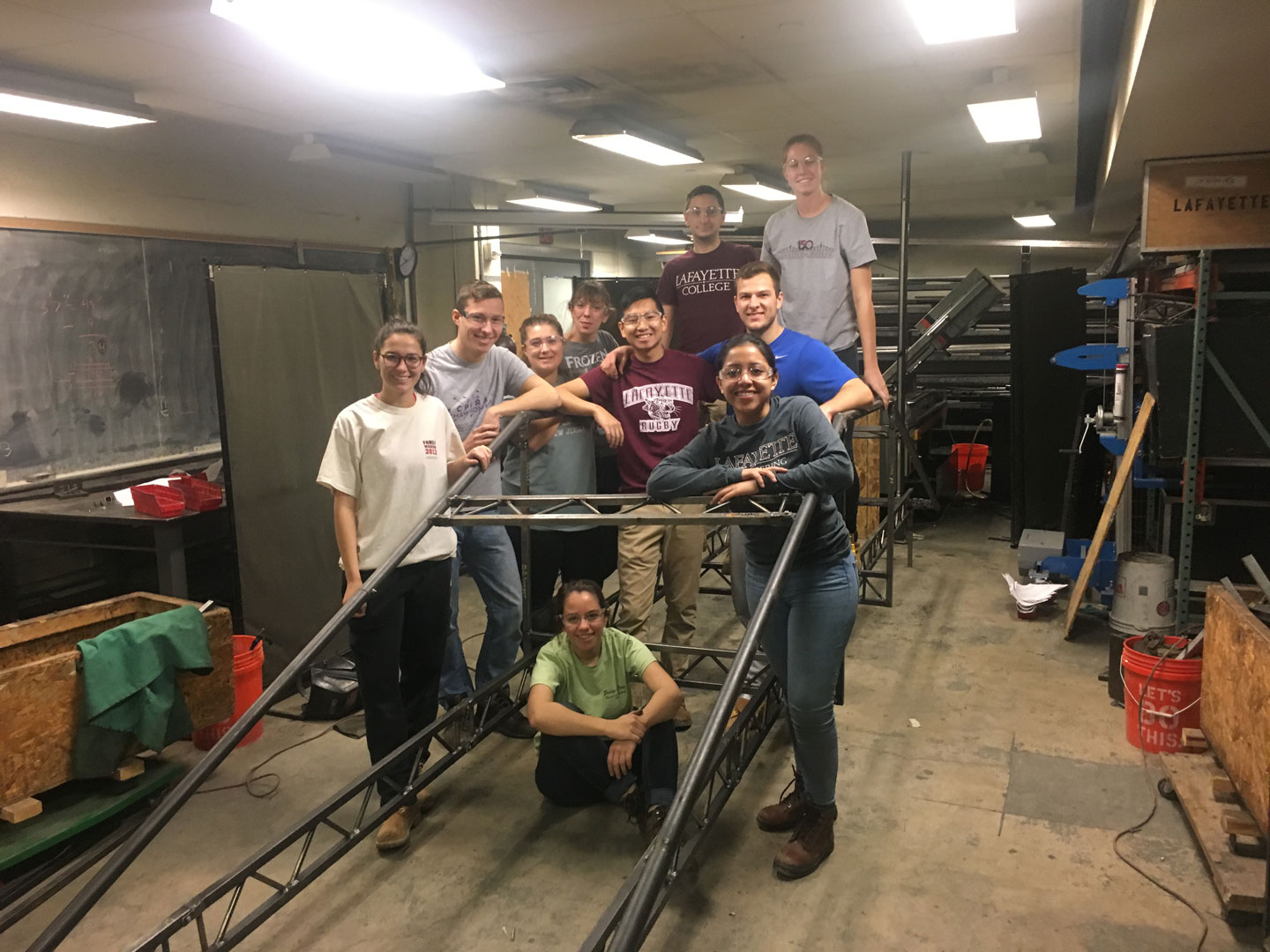 Kurtz, associate professor of civil and environmental engineering, looks forward to the December event because it is the culminating moment in his CE311 class.

“A successful team has to have a strong design concept, it must pay close attention to many details, and it must manage the fabrication process efficiently,” Kurtz says. “Our second-place team did an excellent job. Unfortunately, a weld failure led to their bridge failing with about 2,200 pounds of load on it, demonstrating that minor flaws can have major consequences.” 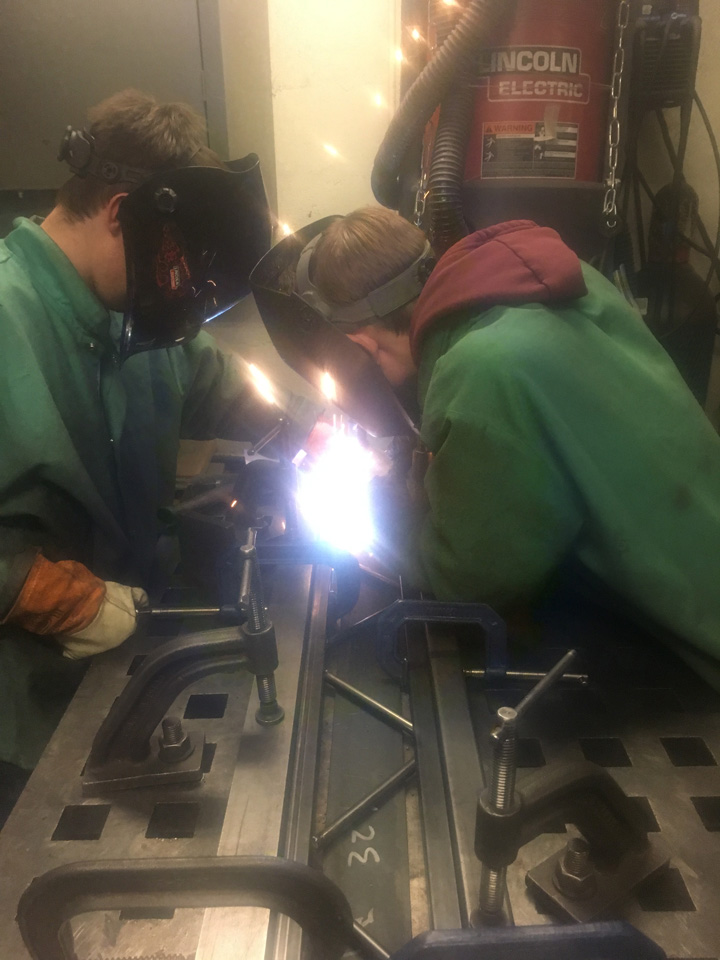