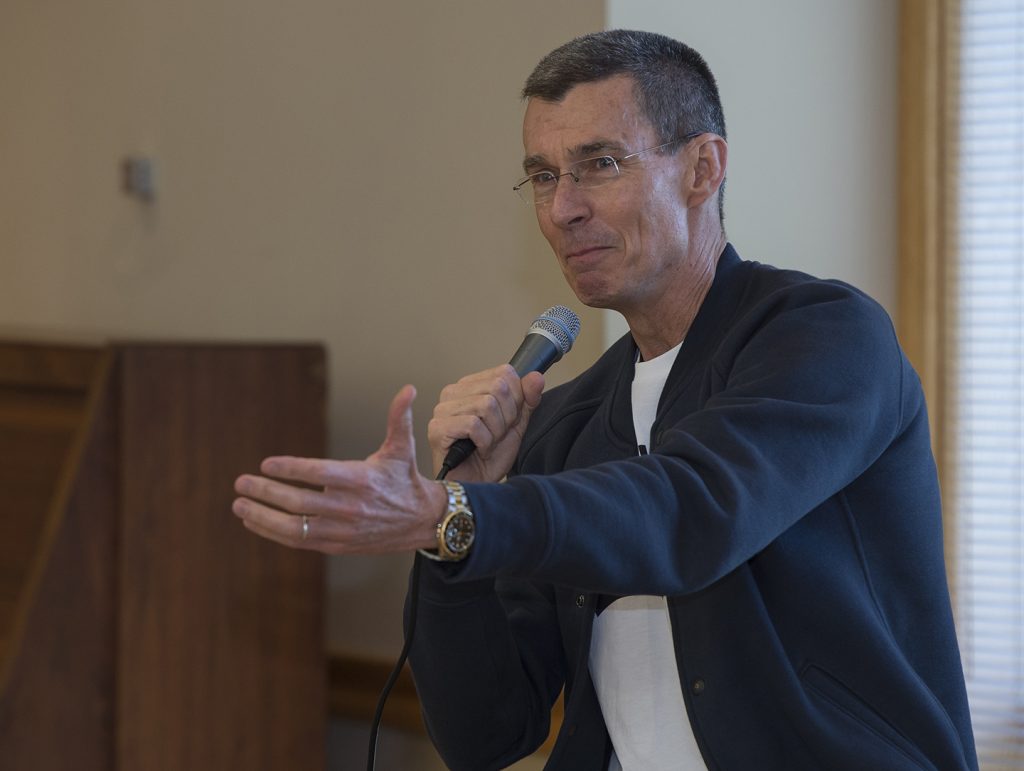 Chip Bergh ’79 is included in Fortune‘s annual ranking of the World’s Greatest Leaders. The list celebrates innovators in business, government, philanthropy, and the arts “who are transforming the world and inspiring others to do the same.”

Ranking him No. 16, Fortune recognized Bergh for his leadership role as president and CEO of Levi Strauss & Co.

According to the story, “When Bergh took over in 2011, the denim maker was a shadow of its iconic former self. Bergh brought the cool back, marketing Levi’s as hip Americana with a celebrity pedigree.”

Bergh shares the honor with 50 others, including Bill and Melinda Gates, Tim Cook, Michael J. Fox, and Prince Harry and Meghan Markle.

Bergh majored in international affairs and after a four-year stint in the U.S. Army, he began his career in brand management at Procter & Gamble (P&G). His 28-year career with the company included the turnaround of Old Spice, Folgers, Jif Peanut Butter, and creation and launch of Swiffer. Following his retirement from P&G, Bergh in 2011 became president and CEO of Levi Strauss & Co., one of the world’s leading apparel companies with more than $5 billion in sales annually and a presence in more than 110 countries. He credits his positive experience at Lafayette as a contributor to his success.