Reeve Lanigan ’19 had never wanted to come to Lafayette.

Her late father, William Lanigan ’52, an emeritus trustee, had filled an entire room in their New Jersey home with Lafayette memorabilia including a bronze statue of the Marquis and a framed copy of an honorary degree he had received from the College in 1990.

Lafayette was too close, she felt. She wanted to forge her own path.

So what changed the mind of this year’s Pepper Prize winner, awarded to the senior who “most nearly represents the Lafayette ideal?”

Like everything in Lanigan’s life, it involves an intersection of encounters, earned opportunities, and an abiding faith in providence.

Her story starts with Jim Dailey, the College’s head swim coach. Lanigan’s high school race times had caught his eye, and he invited her to campus for a recruiting trip. She decided to go—even though she had applied early decision to another school—if only to appease her mother, who had long urged her to consider her father’s alma mater. 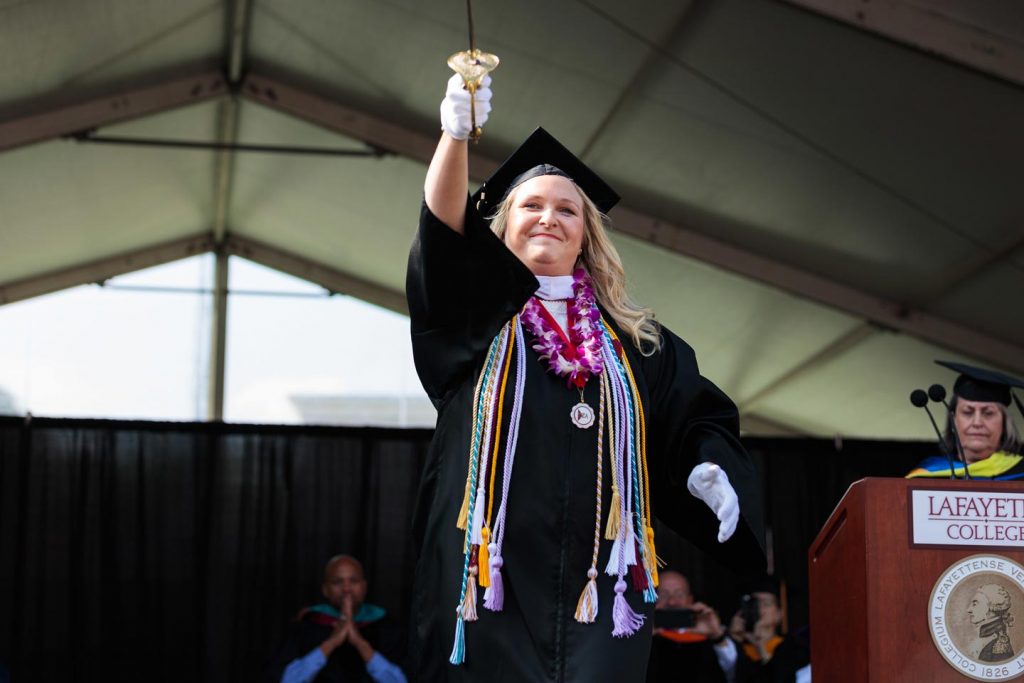 Reeve Lanigan ’19 holds the sword of the Marquis de Lafayette at Commencement.

“And I loved it,” she says. “I went to a couple of classes; I loved Professor (John) Shaw’s psychology class. There were so many cool things, and I realized I wasn’t that close to home.”

She also recalls Dailey telling her that members of the swim team are more than athletes. They do it all, he said.

“I was like, ‘Yeah, sure.’ Every coach says that, but the swimmers at Lafayette were literally involved in everything,” she says. “They were engineers, they were in plays, they were doing robotics, writing short stories.”

In short, Lanigan’s kind of place. Four years later, this once reluctant Leopard—like those swimmers Dailey first invoked—has done it all, or everything she wanted to do.

During her first year on campus, one of Lanigan’s friends was sexually assaulted. As the young woman sought help and counseling, Lanigan began hearing stories from members of her swim team and other female students about “uncomfortable situations” they had experienced. “People didn’t think it mattered if they spoke up or whether it was classified as sexual assault,” she says.

At the same time, Leslie Muhlfelder, general counsel for the College, gave a presentation on Title IX in a women’s and gender studies course Lanigan was taking with Mary Armstrong, professor and chair of the program. Muhlfelder not only covered how the law applies to inequality in athletics, but sexual harassment and assault. Intrigued and wanting to learn more, Lanigan reached out to Amy O’Neill, then coordinator of the College’s Title IX office, and soon after began interning with her for academic credit. 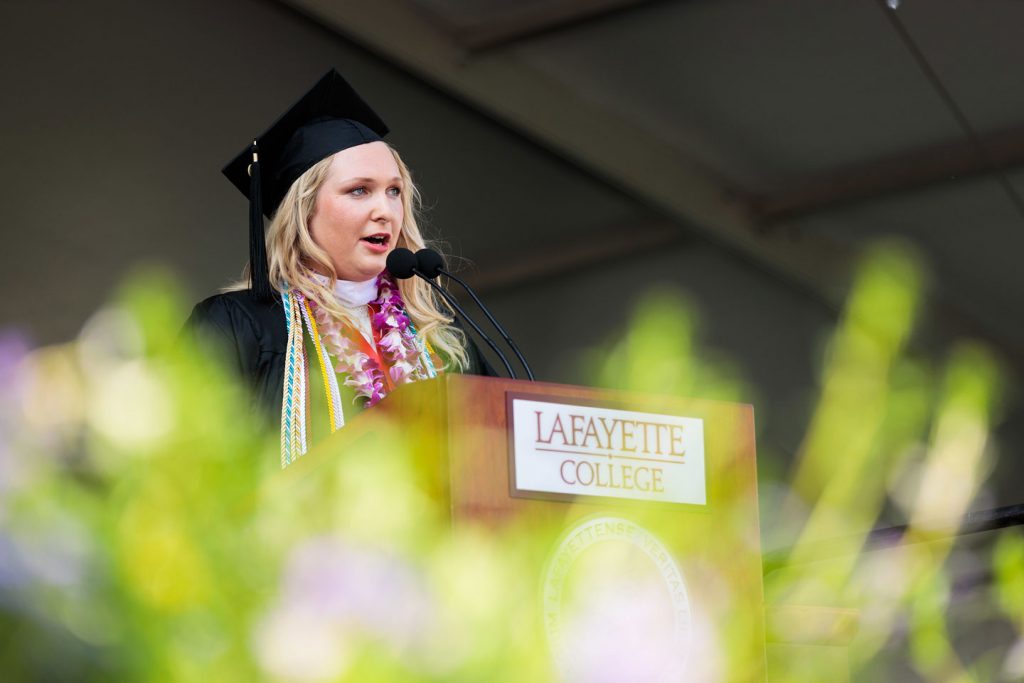 Reeve Lanigan ’19 gives her speech as recipient of the Pepper Prize.

“Meeting with Amy changed my life and the trajectory of what I wanted to do, not only in the Lafayette community, but later on with internships and career aspirations,” she says. “I was learning about the College’s policies on sexual misconduct and as a first-year I could see there was nothing in place where students could get involved or voice their opinions about those policies. I thought there has to be a way to address this.”

So when her friend who had been assaulted organized a “speak out” in Lower Farinon for victims to share their stories, Lanigan went along in support. The number of people who identified themselves as survivors was shocking, she says.  “We were like, ‘Wait a minute, this could be a lot more than a one-time speak out. There’s endless possibilities of where we can go with this.’”

From there Lanigan and her friends formed Pards Against Sexual Assault (PASA), the College’s first student group dedicated to ending sexual violence through advocacy and peer education programming.

“I want future student leaders to know that you don’t have to be president of a club or captain of a team to make a difference,” says Lanigan. “If you see something you want to change, you can do it.”

In addition to founding PASA, Lanigan was a PARDner mentor to 18 undergrads, conducted EXCEL research on the polarization and politicization of the Supreme Court, joined Alpha Phi sorority, and made Lafayette swimming history by setting two all-time top 10 performances in the 100- and 200-yard breaststroke events.

As she was excelling in the pool, she also connected with Christian Tatu, coordinator for the College’s writing program, and began working as a writing associate (WA), a role she credits with giving her access to a group of students she never would have met otherwise. 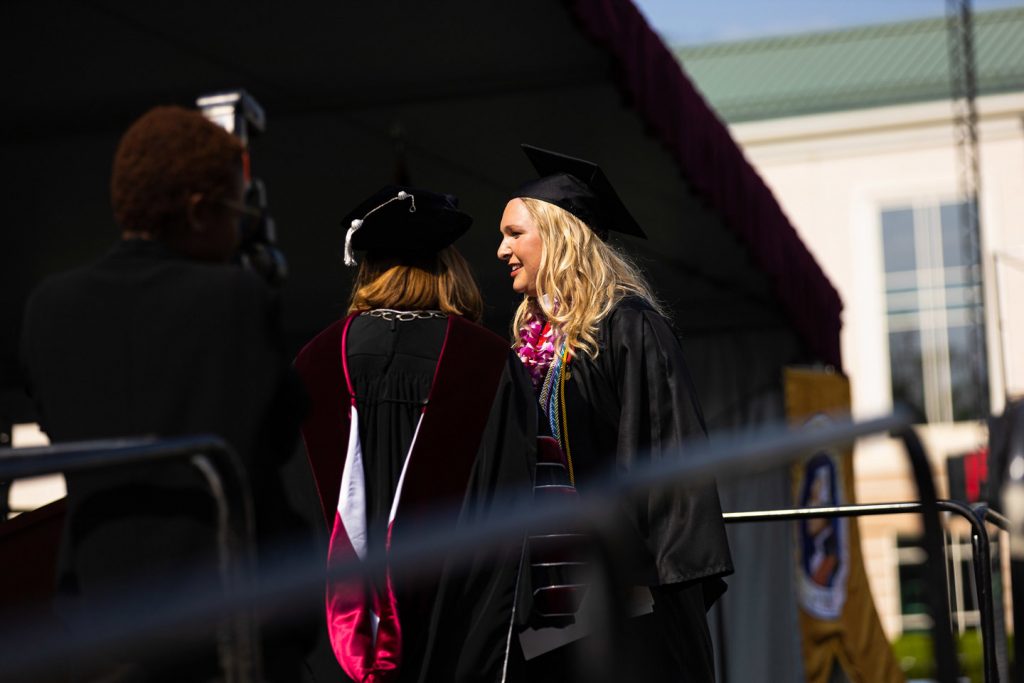 “There were a lot of international students, STEM majors; it was a melting pot of people,” she says. With a growing number of English as a Second Language (ESL) students on campus, the College started to develop more programs devoted to their needs.

Lanigan and Lexi Kelley ’19, another WA who grew up in Shanghai, China, became the first ESL WAs on campus and started to work with Tingting Kang, multi-language learner support specialist. “She taught us how to work with ESL students and be conscious of cultural differences, to acknowledge that they’re in an American institution where English is at the forefront but not discredit their own language or voice,” she says.

During that semester, Lanigan and Kelley held drop-in hours specifically for ESL writers and produced the College’s first ESL grammar handbook with Kang.

And then she took a class with Bruce Murphy, Kirby Professor of Government and Law, and found her calling as a government and law major. “He took an interest in me, and I started being his WA, helping him with research; he served on my thesis committee, everything under the moon,” she says. “He was an amazing mentor to me in prelaw.” 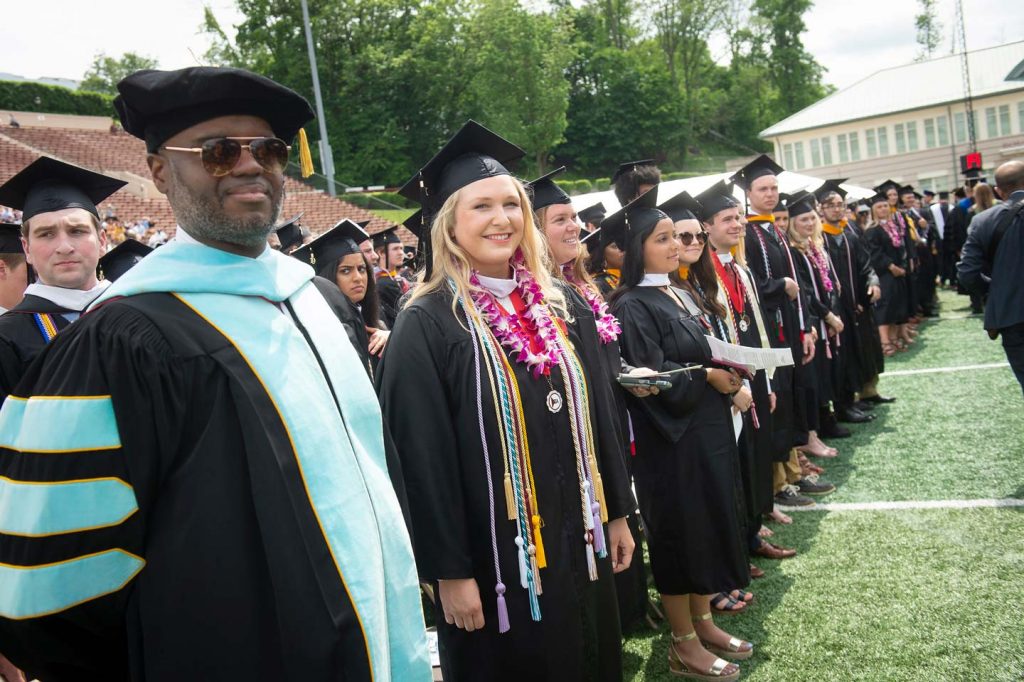 Eventually Lanigan, who also majored in women’s and gender studies, plans to attend law school with the goal of becoming a Supreme Court justice, but first she’s headed to Scotland to pursue a master’s degree in criminal justice and penal change as this year’s recipient of the Saint Andrew’s Society of the State of New York Scholarship.

“I have no idea what kind of law I want to go into, but I definitely want to keep helping people who otherwise wouldn’t be helped by the law,” says Lanigan, who interned at Rachel Coalition, a nonprofit in New Jersey that provides services to victims of domestic violence, during the summer of her junior year.

Lanigan ponders whether she would have turned out as she did had her father not had a stroke when she was 7 and died five years later. During his illness, the family employed a host of health care aides, a virtual United Nations of women, who helped inform her views about civil rights law, gender issues, and social justice.

“They were pretty candid with me as a kid,” she says. “A lot of them were immigrants, survivors of domestic and sexual violence. They had financial problems themselves.” 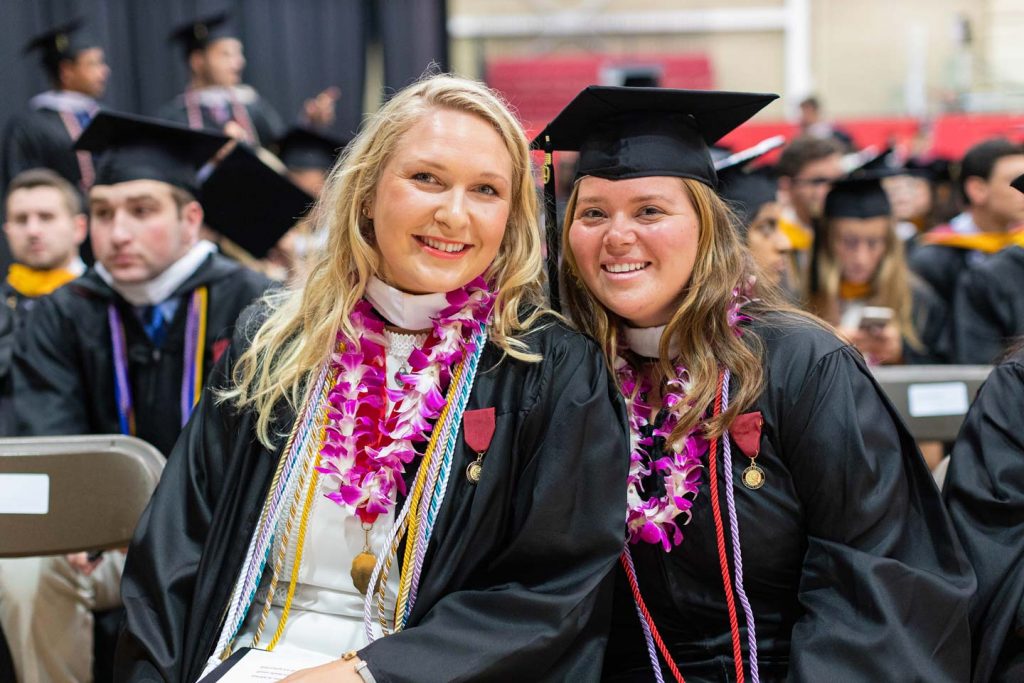 Before the stroke, Lanigan says her family was politically conservative and financially stable. That all changed when her dad got sick and then died.

“I’m not happy that that happened,” she says, “but I became who I am because of it.”

As the 2019 Pepper Prize winner, Lanigan has suspicions her emeritus trustee father may have had something to do with it.

“It’s the best thing I could do at Lafayette,” she says. “It doesn’t get much better than that. I told my mom there’s no way I’m going to win it because there were so many better people. It was cool to be a finalist, but then to go and win it, I’m like, ‘How did this happen?’”

In the end, it doesn’t matter. Lanigan is her father’s legacy, and Lafayette is a better place for it.