It’s a damp morning after an evening downpour, and dense gray clouds loom above the park pavilion. A car pulls up and two kids bound out, ready for a day at the West Ward Summer Parks Program—a new collaborative venture among the YMCA, West Ward Community Initiative, and United Way.

Ben Ryan ’22 and Stefano Mancini ’22, serving as summer fellows for Landis Center for Community Engagement, have been mainstays at the park.

Both are taking turns pitching and retrieving a wiffle ball as a boy takes enormous swings.

“How many yards was that hit?” he asks. 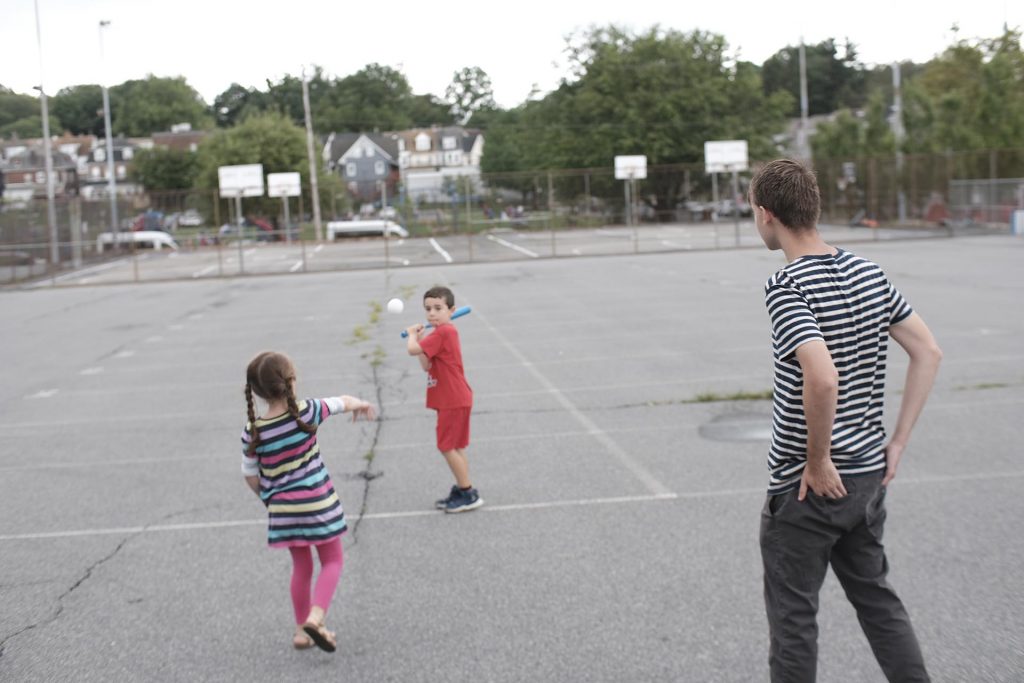 Ben pauses to turn it into a math moment, pacing the distance of the hit, talking about yards, and dividing the total feet by three.

The boy is happy with his 17-yard grounder. He gets back in his stance. “Let’s do this,” he yells. 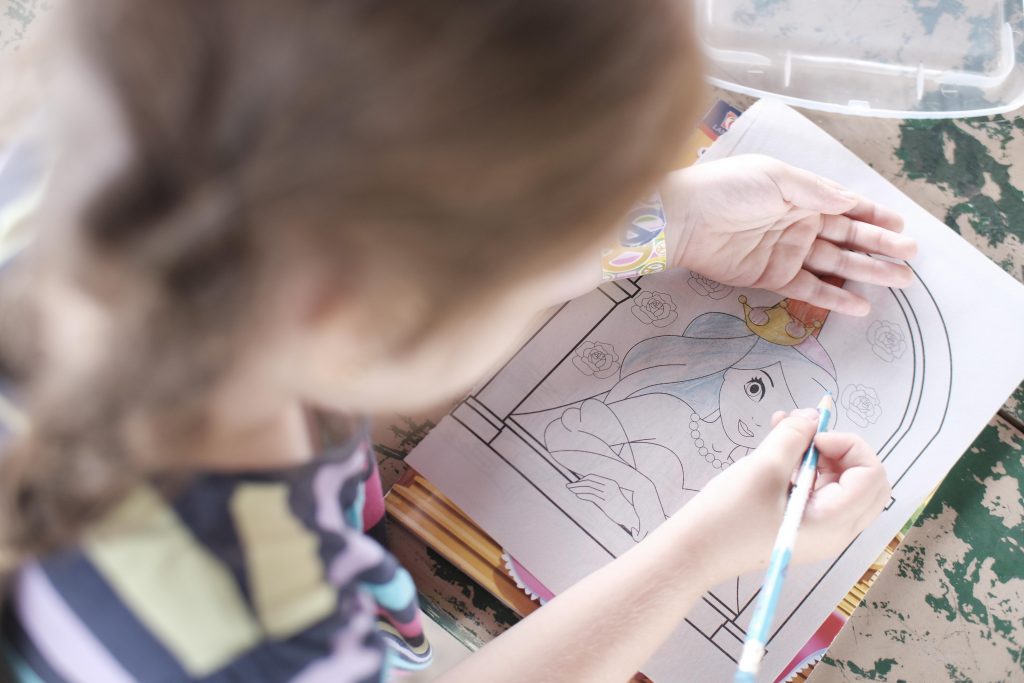 By now a little girl is coloring a princess, and two older girls are snacking on a breakfast treat.

As a light drizzle begins, a United Way counselor carries in a big bin of craft supplies. 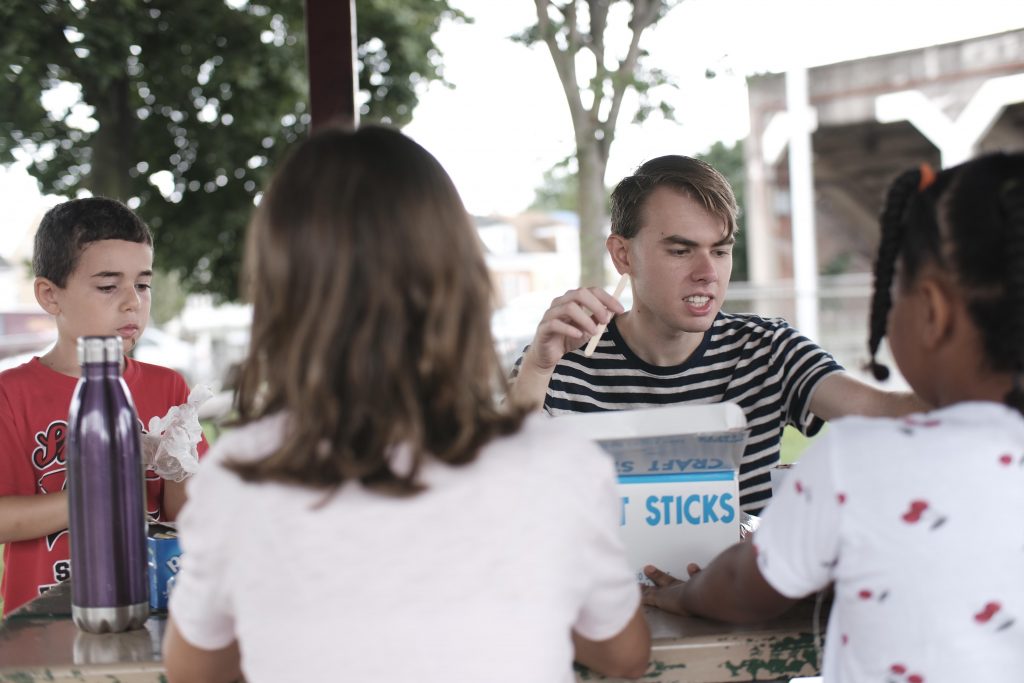 These campers drop in so the number in attendance can vary, ranging from today’s low rainy-day turnout to 20 kids on sunny days.

The goal of the camp is social skills.

“We are working, at the school district’s request, to model ways for the kids to act and engage with peers,” says Ryan.

So the days involve lots of activities and games in addition to a free lunch provided by the district to ensure the kids are being fed over the summer.

Vanderveer Park is smack in the middle of Easton’s West Ward—a scrappy, working-class neighborhood that struggles with issues that can distract from learning. One issue is hunger.

That’s why another aspect of the fellows’ work is community gardens.

Mancini works in gardens at various locations across the ward. Living in a designated “food desert,” West Ward’s residents often can’t afford and don’t have access to fresh produce. The community has taken up this plight by planting, tending, harvesting, and distributing produce to residents.

Mancini is like the other front-line gardeners who weed beds and pick veggies. He also contacts business partners for donations. Then with the members of Lafayette’s Veggies in the Community team, a former Tech Clinic project, he sets up a stand at 10th and Pine streets to share the bounty.

Another duty is with the Easton Compost Project where he prepares buckets for new scrap collectors and participated in a compost event, Grounds for Grounds.

All of this sweat and toil is worth it.

“Community engagement is hard work, but it matters to me,” says Mancini. “To build a community takes all of us. Easton is a diverse and dynamic city with a spirit that I love. It has been fantastic to be committed to Easton all summer after all that the city has given to me during my time at Lafayette.”

“I am pleased to be able to help out,” says Ryan. “Only then can you see all that goes into what is needed and planned.”

He has lived behind the scenes at his other project: Summer Sizzle, a program at Paxinosa Elementary for students behind in their reading. Over 160 kids, ranging from kindergartners through fifth-graders, attend each day working with eight teachers. 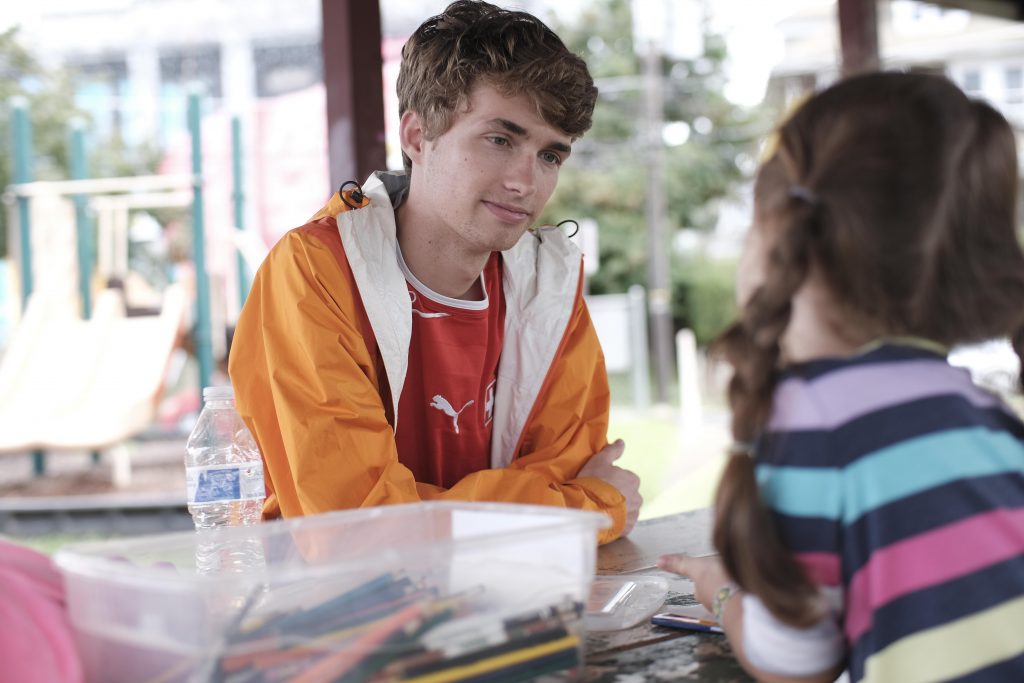 “It feels like summer camp more than summer school,” says Ryan. But the students are working hard to improve their reading skills.

Ryan assists in the administrative office, tracking reading logs, attendance, and timesheets, all the stuff needed to keep the students and program on pace.

It makes days under the pavilion special. With rainy days, both can focus singular attention on kids. The fun happens as fast at the kids’ minds run.

One minute it is building popsicle stick birdhouses and then changes to chalk drawings on the blacktop or pretending the ground is hot lava. 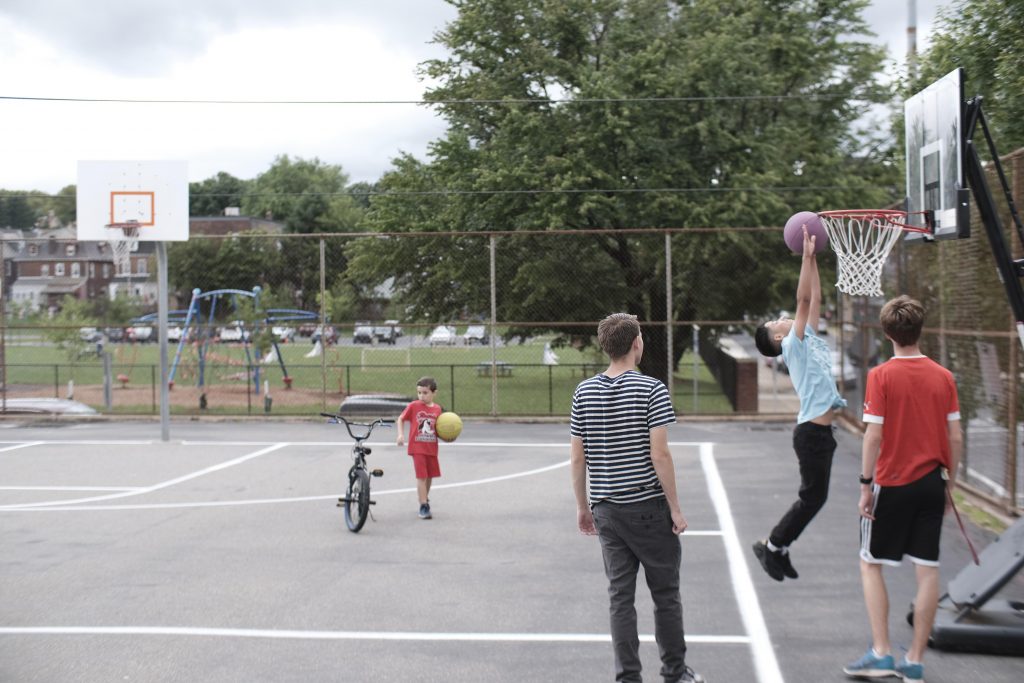 When the rain passes, they grab basketballs and practice their dribbling and shooting skills on the court. 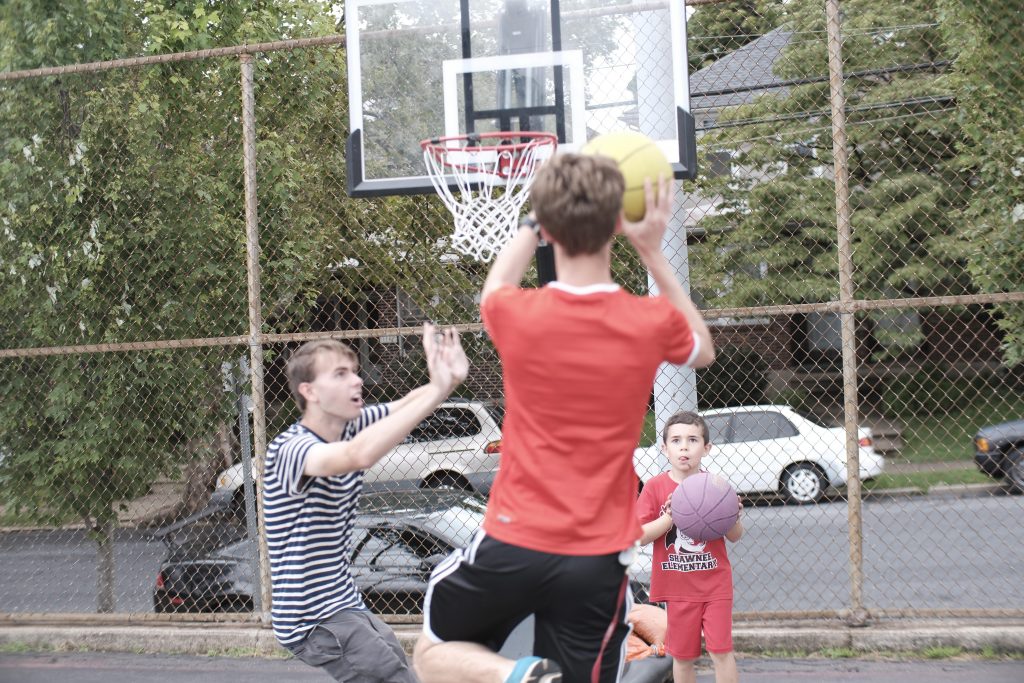