Curl up and enjoy a faculty-authored book Friday Twitter

National Book Lovers Day is your excuse to find your favorite reading spot and devote Friday to enjoying a good book. Here are some great books by our faculty for Pard readers. 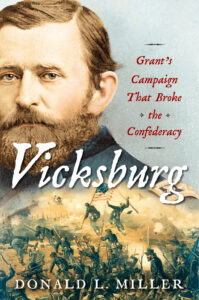 Gettysburg may be the most famous battle of the Civil War, but Vicksburg was the most significant, a military game changer that opened the Mississippi River to Union forces, divided the Confederacy, and freed more than 100,000 enslaved African Americans.

It also elevated Ulysses S. Grant, once a failed farmer, real estate agent, and washed-up veteran of the Mexican War who had a penchant for binge drinking, to command of all Union armies.

In Vicksburg: Grant’s Campaign that Broke the Confederacy, acclaimed author and historian Donald L. Miller transports readers to the steamy swamps and river lands of Mississippi where Grant lays siege for 47 days, severing Vicksburg’s supply lines and starving Confederate defenders and citizens into surrender on July 4, 1863.

Set for release in October, Vicksburg goes beyond the mechanics of battle to explain how Grant’s invasion destroyed the plantation system and sparked a social and racial revolution. More than 20,000 black males joined the Union army, and Grant created work for their families, cultivating cotton for wages on abandoned Confederate plantations guarded by black troops. Confederate President Jefferson Davis and his brother owned two of the plantations that Grant confiscated and attempted to turn into what Grant called “a Negro Paradise.”

In seamless and sizzling prose, Miller argues that Vicksburg was not only the turning point of the Civil War but the real beginning of Reconstruction, and Grant, not Lincoln, was seen by many of those he liberated as the Great Emancipator. In reviewing Vicksburg, David W. Blight, Pulitzer Prize-winning author of Frederick Douglass: Prophet of Freedom, says, “Miller has found the way to write both military and emancipation history in one profound package. Never have headquarters, slave quarters, and the ultimate purpose of the war been so seamlessly and brilliantly demonstrated.”

Miller became interested in writing about Vicksburg in 1997 after watching a documentary by Ken Burns on the Civil War. He was puzzled, however, by Burns’ scant mention of the defining battle of the Civil War, so he decided to head to the Magnolia State to see what he could uncover. “I was transfixed by the place,” says Miller, author of 10 books. “It’s the terrain that grabs you. It’s semitropical, and there’s a huge delta between Memphis and Vicksburg.”

He rented a room and a powerboat and began exploring the serpentine waterways that Grant had to traverse to take the town. He walked the grounds of every battlefield to understand how geography shaped the campaign and worked to insinuate himself into the community. The historian of Vicksburg National Military Park shared with him a trove of documents, mostly stuffed in file cabinets, the park had collected over the past 125 years.  For the next six weeks, Miller worked in the park’s cramped office, making copies of the brittle correspondence.

“I carried back suitcases and suitcases of letters,” Miller says.

Just before he started writing in 2001, he took his 6-year-old granddaughter, Alyssa, for a walk through Wilson Borough where the two ended up on a bench facing one of the town’s World War II monuments.

“Who are these people?” she asked about the names etched on the granite slab.

“Didn’t Grandpop serve in the war?” she asked. “You write all these books, but you never write about Grandpop.”

She’s right, Miller thought. So he shelved Vicksburg and began focusing on writing what became The Story of World War II. When that came out in 2002, Miller, who says he was “fascinated by the horror and heroism of warfare,” wrote two more books on World War II including D-Days in the Pacific and Masters of the Air: America’s Bomber Boys Who Fought the Air War Against Nazi Germany, which is being developed into a miniseries produced by Stephen Spielberg and Tom Hanks.

Miller never forgot Vicksburg, but it was his friend, Don Meyerson, a Marine combat veteran with a Purple Heart, who rekindled his interest in the project after temporarily moving into the Millers’ finished basement on his return from Singapore. Piles of Civil War letters and memoirs were spread around the room on tables and chairs, and Meyerson spent hours reading them. 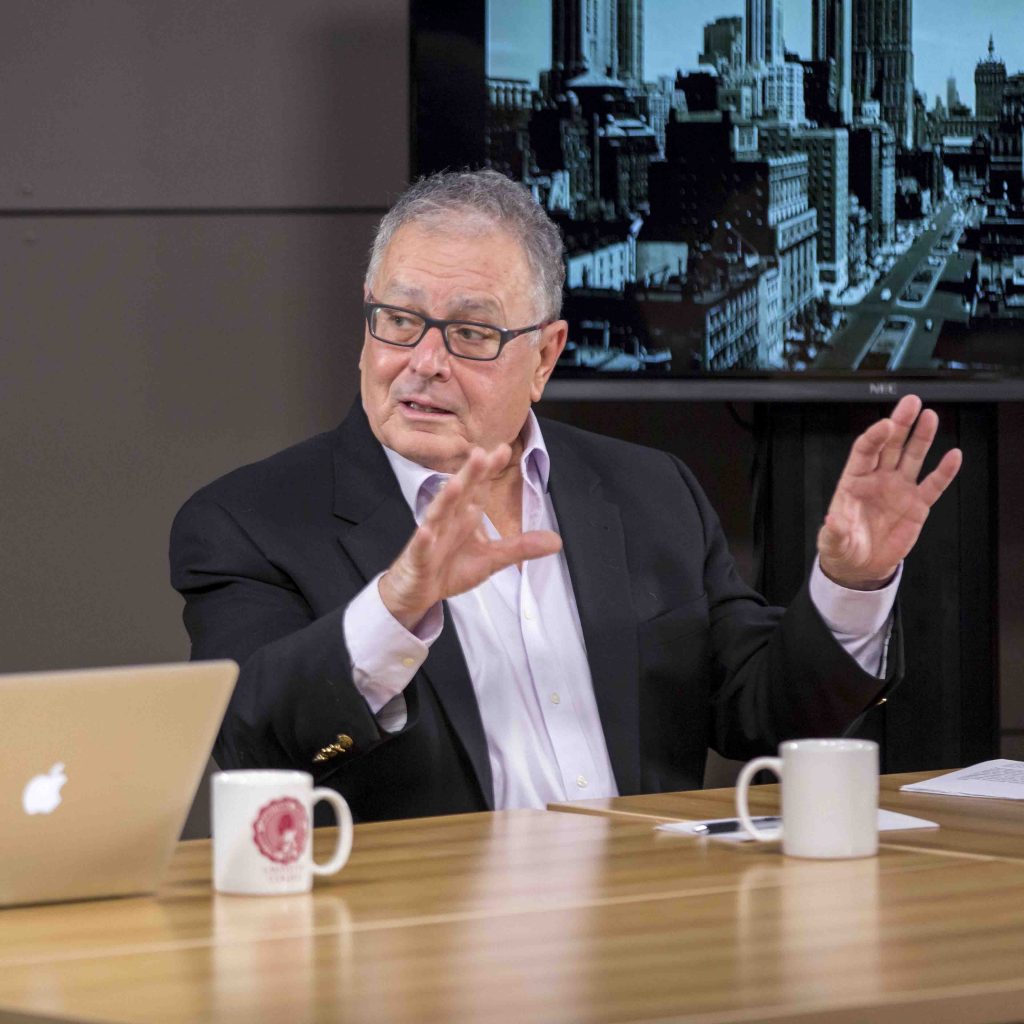 “He was enthralled by the letters,” Miller says. “Unlike World War II, they weren’t censored. He never let me forget those soldiers’ letters, and eventually, he prodded me back to Vicksburg” to finish what he had started 12 years before.

He also had help from EXCEL Scholars Zack Leff ’16, Jason Hill ’16, Elizabeth Lucy ’15, Matthew Ryan ’18, Emily Koenig ’18, and James Onorevole ’17, who ran down citations, prepared bibliographies, fact-checked sources, proofread chapters, and served as Miller’s literary soldiers in the 22-year span it took him to bring the book to life.

In the end, Vicksburg was a victory for the federal troops, and Miller’s account is as much of a triumph to the historical record and our understanding of Grant, who through military action helped ignite a social revolution that destroyed plantation slavery in the Deep South.

Vicksburg: Grant’s Campaign that Broke the Confederacy can be preordered on Amazon.com.

The Place You’re Supposed to Laugh

What can you say about a woman who wrote both The Introduction of Engineering and a novel, other than Prof. Jenn Stroud Rossmann refuses to be pigeonholed by a discipline, moving seamlessly between her work in mechanical engineering and her life as a fiction writer?

Set in 2002 in Silicon Valley, The Place You’re Supposed to Laugh tells the story of 14-year-old Chad Loudermilk, one of a few black kids at tony Palo Alto High School, whose family is struggling to stay afloat. Kirkus Reviews describes the novel as a “thoughtful, caring examination of race, class, and wealth in America.” 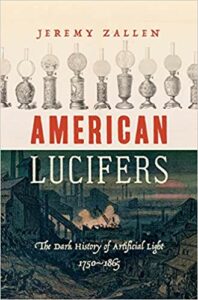 In American Lucifers, Jeremy Zallen illuminates how the struggle to produce, control, and consume light in the 18th and 19th centuries transformed slavery, industrial capitalism, and urban families in profound and often hidden ways. By telling the stories of whalers, enslaved turpentine makers, nearly enslaved children who manufactured matches, and night-working seamstresses, Zallen, assistant professor of history, argues how the revolution of artificial light was not one of modernity, but of conquest and barbarity. 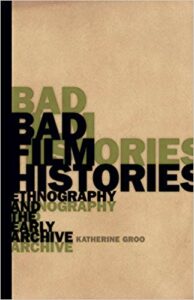 Publisher University of Minnesota Press writes: “Her examination of ethnographic cinema provides necessary new thought for both film scholars and those who are thrilled by cinema’s boundless possibilities. In so doing, she boldly reexamines what early ethnographic cinema is and how these films produce meaning.”

Identities, Trust, and Cohesion in Federal Systems: Public Perspectives
Co-written by John Kincaid, Robert B. and Helen S. Meyner Professor of Government and Public Service and Director of the Meyner Center for the Study of State and Local Government
Queen’s School of Policy Studies, 2019