Nearly 700 students joined the Lafayette family this fall. They bring with them a history of passions and convictions, experiences and knowledge, struggles and triumphs. Meet a few and recognize the potential they hold to transform the College and the world. 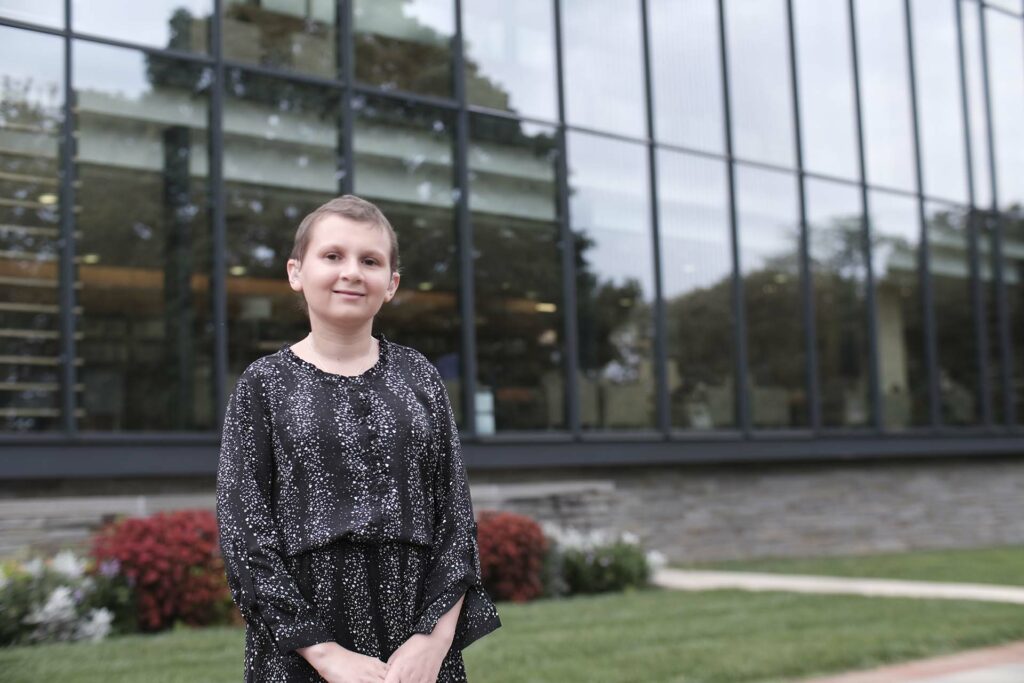 Awesome factor: Raised over $4 million over 10 years through Cycle for Survival. At the Equinox gym in NYC, supporters take turns riding stationary bikes for eight hours as a fundraiser for cancer survivors. Zimmerman was born with genetic retinoblastoma, an eye cancer. At age 2, she was diagnosed with brain cancer. At age 11, she had an osteosarcoma in her leg. The same cancer presented in her shoulder last year. “I often speak in the we,” says Zimmerman, “since so many doctors, nurses, family, and loved ones have been with me through this journey. But it is also what fuels me.” She credits the passion of her family for raising money in order to “give back to the doctors and hospitals that have done so much for me.” That’s why she is drawn to a future in medicine. “I know what my worst week has been like, and no other person should go through that,” she says. “We will find a cure.” 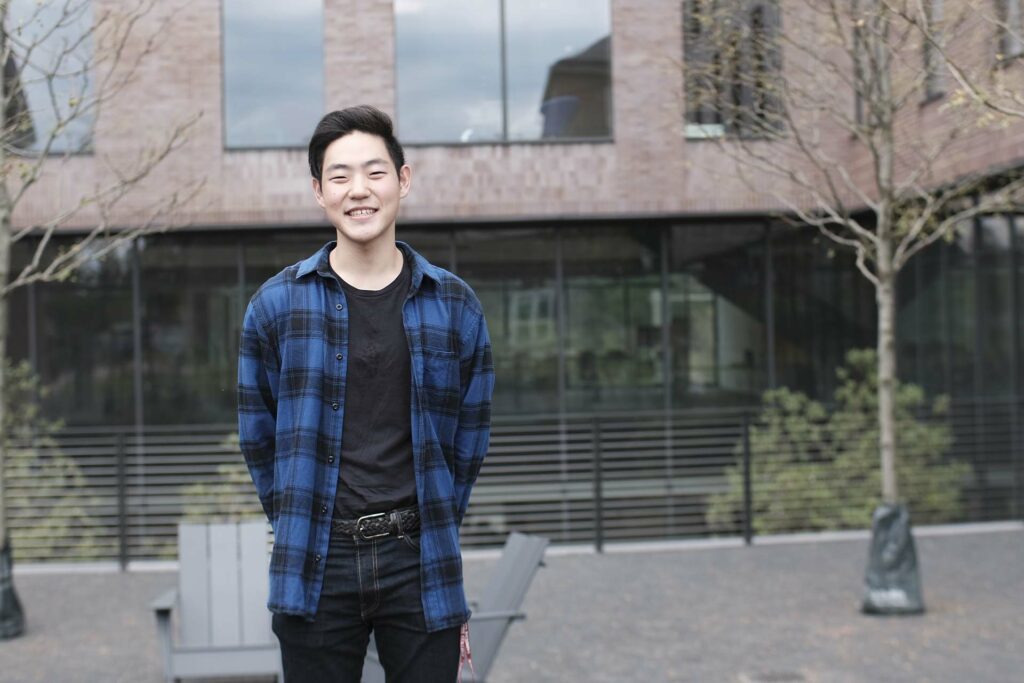 Awesome factor: Won national taekwondo championship. While his study of taekwondo started late compared to others his age, Cho worked an extra 30 minutes at the end of each practice. “I was the only one with a beginner belt in my age group, which was a bit embarrassing,” he says. But his parents encouraged him to continue even when he didn’t want to as a 12-year-old. Soon he was competing at state-level tournaments. He struck hard with a win as California’s state champion as a 17-year-old red belt. From there he flew to Detroit to take on other state champions. He bested them all in a round-robin tournament. “It showed me that results will follow when I practice and follow through,” he says. 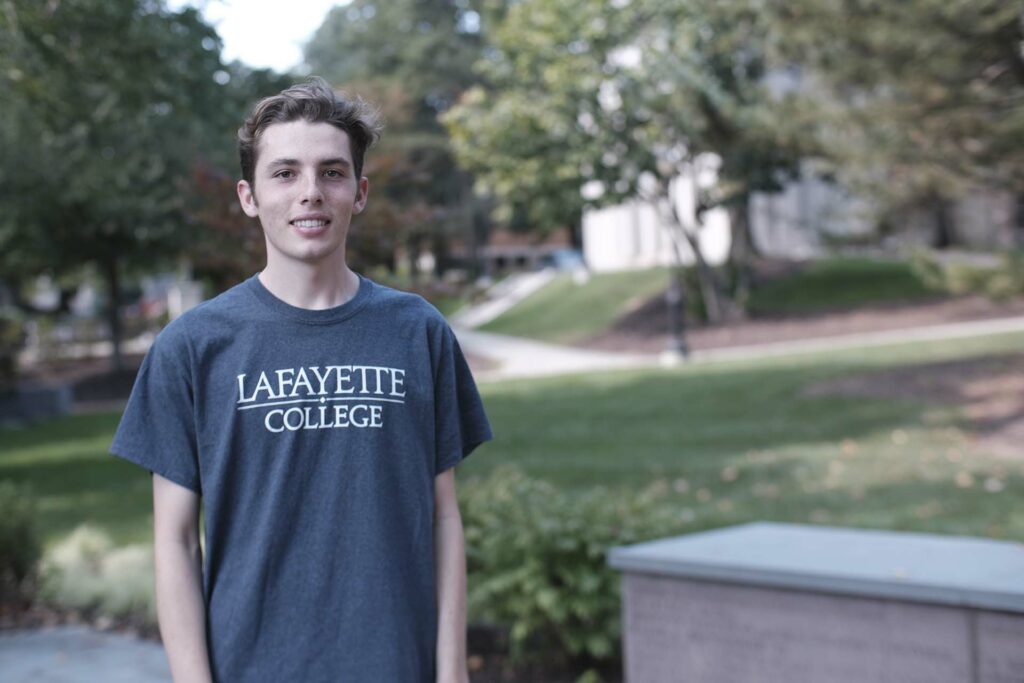 Awesome factor: Ranked 75th in the country for saber fencing. Most kids don’t find their passion thanks to an offer on Groupon, an online deals, discounts, and coupon site, but Copeland had tried other sports and none really stuck. When his mom sent him to a fencing class she found online, he was hooked. “The uniqueness, fast pace, and history of the sport all appealed to a 10-year-old enamored with light-saber battles,” he says. Fencing wasn’t big on the Golden Coast, so it wasn’t offered at any high school. Practice and success intrinsically motivated him as he pushed himself to get better. This past summer, Copeland competed in summer nationals and landed in the top 60. The Marquis himself would be proud of this swashbuckler. 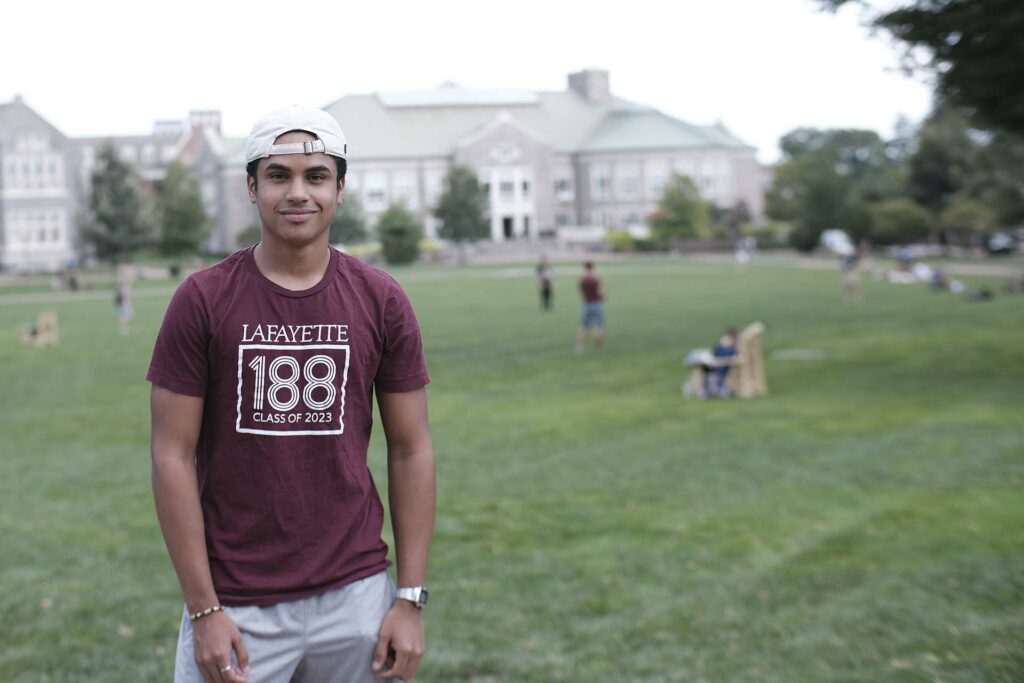 Awesome factor: Won an ESPY, the awards given out annually by ESPN. Diaz created Fair Play, a coalition of students, teachers, coaches, and lawyers that won a class action lawsuit over the disparities in resources allocated to NYC schools for sports. In junior high, Diaz’s school only offered boys and girls basketball. “Black and Latino schools in NYC had 15 teams compared to 25 teams at schools of other races,” he says. Diaz worked to get city council to pass a bill that would lift the veil on Department of Education funding and team options at schools. This work was recognized with the inaugural Billie Jean King Youth Leadership Award at ESPN. Sure, Diaz got to meet superstars across generations, like Bill Russell, Kareem Abdul Jabbar, Kobe Bryant, and Zion Williamson, but he was unfazed. “I went through the same school system as so many other young people and got to impact the future for so many other people in ways I can’t even imagine, all because I worked hard and listened to my mentors, who said nothing is impossible,” he says. This humility also stems from his real passion: desegregating schools. While Fair Play got him recognized, his work with Integrate NYC feels even more important and, for him, will impact even more students. 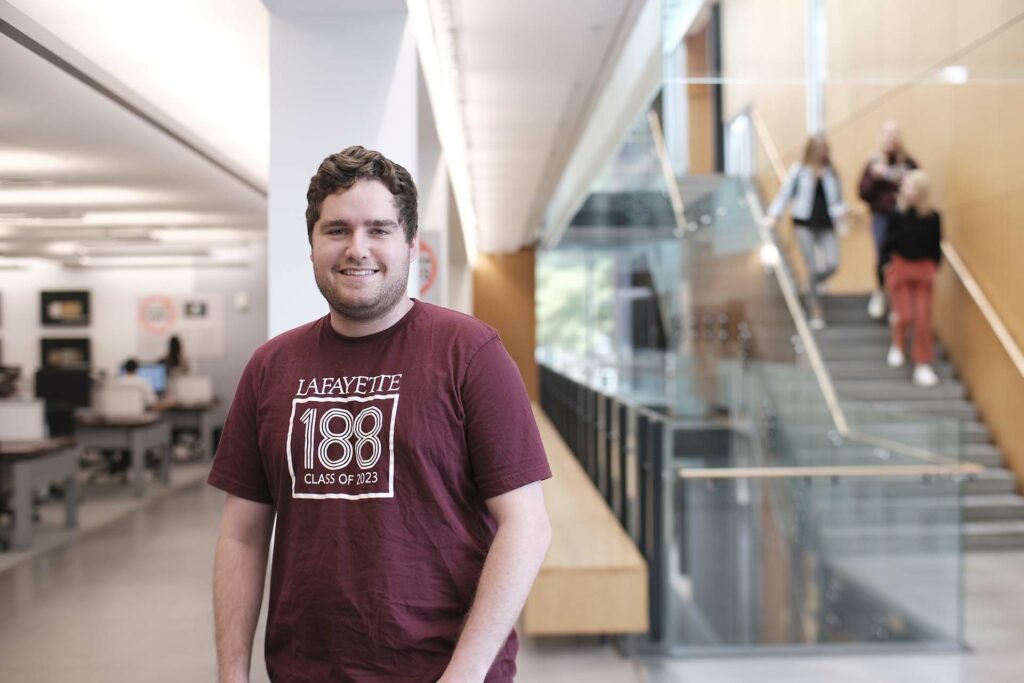 Awesome factor: Founder and former national political director of March for Our Lives. After a gunman entered and shot students and teachers at his friend’s school in Parkland, killing his former fifth grade teacher, Mirsky called his friends together and said his school massacre couldn’t be like the others. Soon an op-ed and video they made went viral, and $8 million in donations was in hand. The group established its nonprofit status and planned a march on Washington, D.C. Eight hundred thousand gathered in the capital and 900 sister marches across seven continents activated young people everywhere. Needless to say, Mirsky missed a lot of class his junior year. He soon moved to D.C., became a registered lobbyist, advocated for gun reform, attended the State of the Union address as Nancy Pelosi’s guest, earned an American Ingenuity Award from the Smithsonian, and completed his senior year online. Today he is focused on his classes, having stepped away from what he helped create and hired several people to do the work he was focused on. “I feel fairly anonymous, which is fine,” he says. “But I have some clear ambitions.” 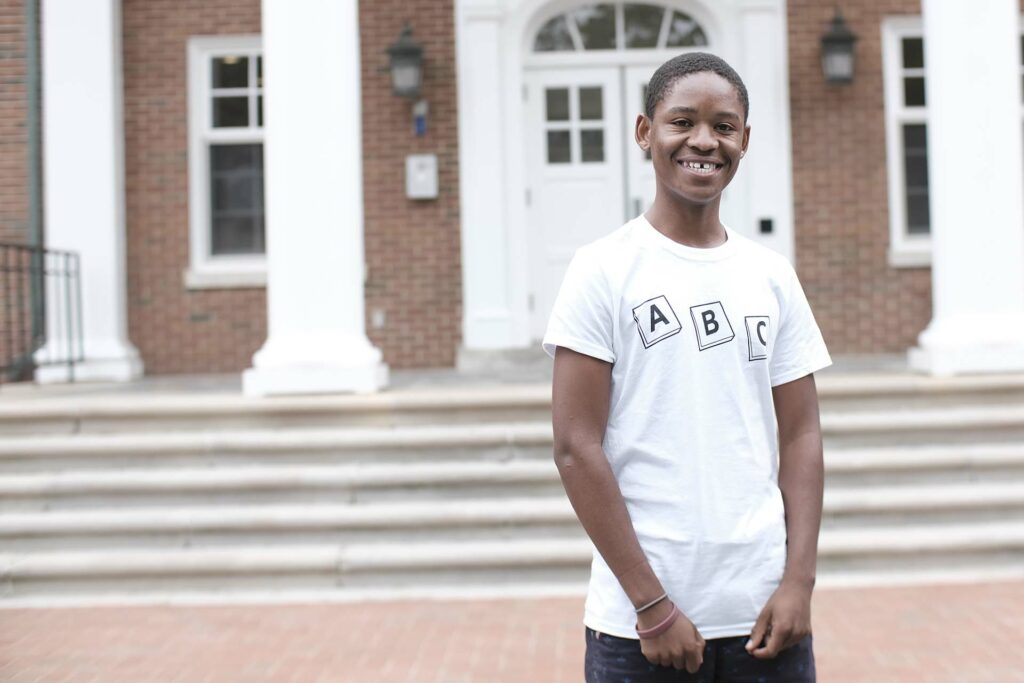 Awesome factor: An orphan who rose to the top of his class and country. “I’m a little different from the typical” is how Haingura explains his mother’s death and being raised by his aunt, a single mom at the time who had her own children and Haingura’s siblings. Fees for school and the cost of uniforms often kept him from attending, but he was selected in seventh grade to attend the Rukonga Vision School, a school for gifted underprivileged students. When he completed high school, he was accepted to study at the school of medicine at University of Namibia. But his heart was in engineering design, not medicine. School officials recognized that passion and selected him to represent Namibia at Ashinaga African Initiative, a rigorous program to develop future African leaders through education abroad. He joined other representatives from Sub-Saharan countries for a year of study and preparation in Uganda, which is where he met a Lafayette admissions representative and talked about his passion for engineering. “Everything has a way of taking care of itself,” he says humbly. 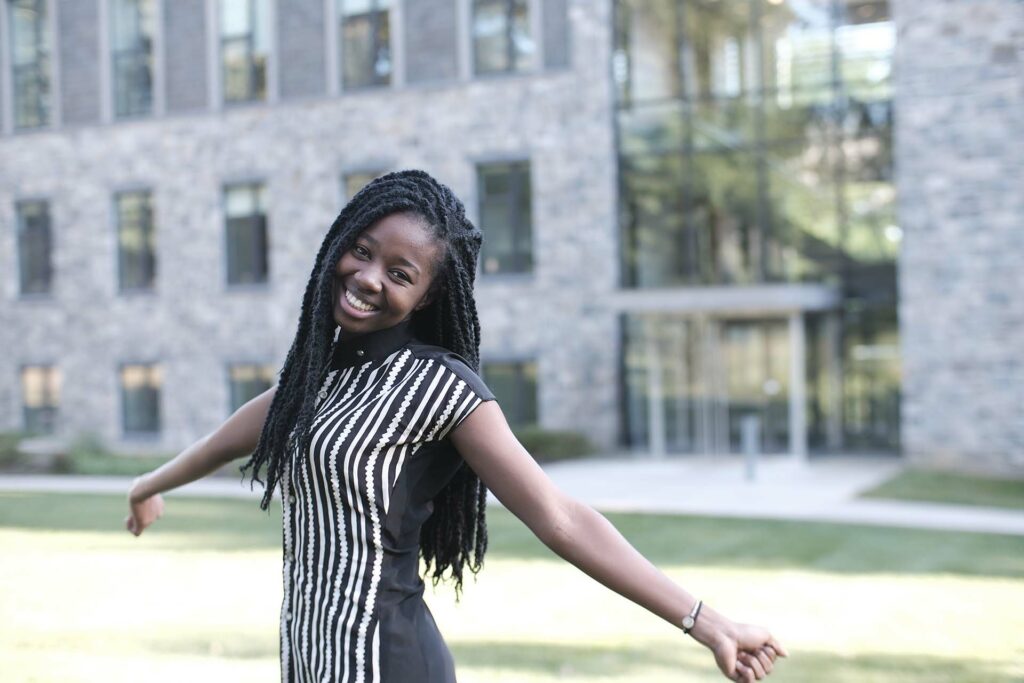 Awesome factor: Improved access to education for Kenyan children through a book drive. “Nothing unique can happen if I take a conventional path” is the thinking of Sami. “I could earn a 4.0 and graduate with a degree but have no impact,” she says. She is interested in ways to grow the community despite adversity. Access to education and information is a challenge for many in Kenya as children lack books and teachers. So Sami began a book drive and solicited help from publishers. More than delivering books to kids, she also served as a mentor and sat with the children and read aloud to them. “I could be great at what I do, but it’s better to make everyone else great around you,” she says. 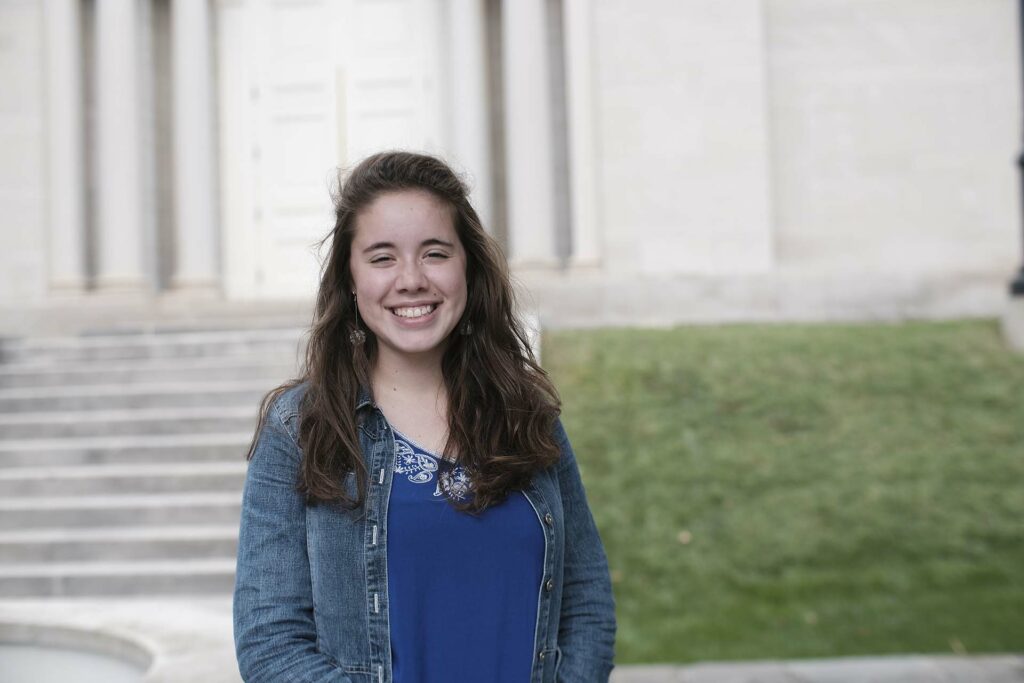 Awesome factor: Classically trained pianist who is now a CaPA Scholar and world traveler. In fourth grade, Harrill’s piano teacher told her that Beethoven’s “Fur Elise” would be too demanding for her skill level. That was at the end of her spring lessons. By the end of summer, Harrill had the piece nearly memorized and perfect in pitch and tempo. When fall lessons resumed, her teacher learned that this student could select any piece she wanted no matter the skill level. “Some students are gifted and just get it whether in music, math, or SATs, but I am a hard worker,” she says. “I sit down and put in the hours and do it until I get it right or understand it.” She plans to show that ethic as she brings music and words to life across campus and the globe. “I traveled a lot as a child and hope to spread my wings and step out of my comfort zone while here,” she says. She plans to apply to LIME’s mission trip to Madagascar as well as other international programs. “I will carve my own way and expect to stay busy,” she says. 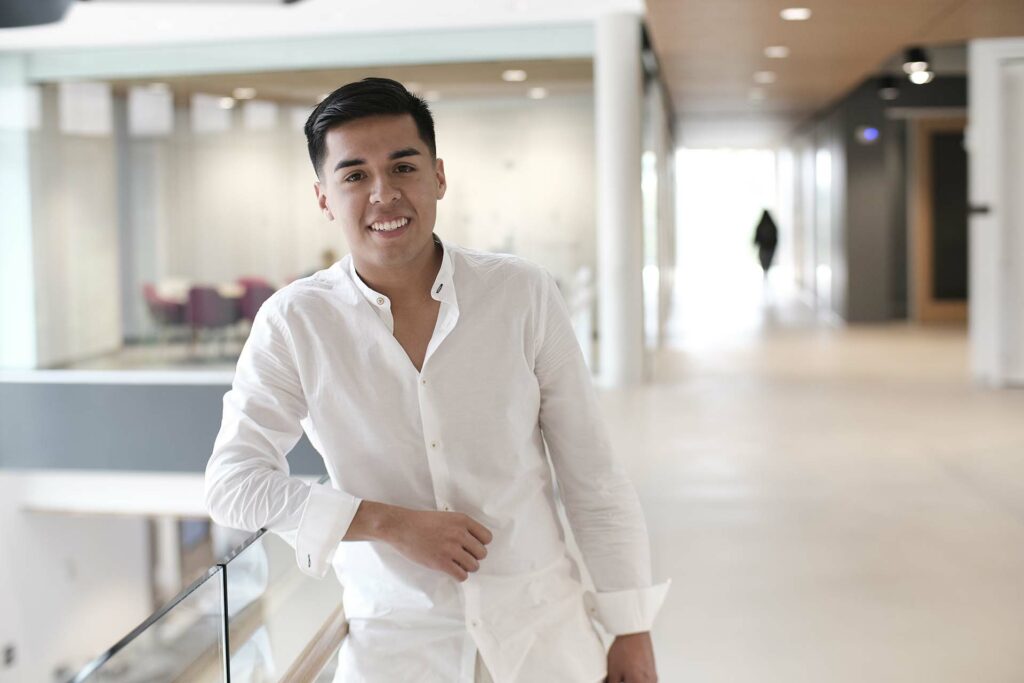 Awesome factor: Crossed the U.S.-Mexico border every day since eighth grade for school in Brownsville, Texas. His dad, an HR employee in Mexico, was convinced that being bilingual was the key to a bright future. Ornelas, though, didn’t speak or write any English. Still, he started crossing the border for class, which meant being up by 5 a.m. and taking classes in a new language to him. It meant dealing with the routine of border inspections and long crossing lines. It meant starting homework late at night. By sophomore year, Ornelas was already proficient with English and soon was involved in Model U.N., soccer team, and stunt team that supported the cheerleaders. Ornelas credits IDEA Charter School for the opportunities and preparation for college . “The sacrifices and stepping out of my comfort zone led me to understand that I had potential for new challenges,” he says. “No matter where you come from or what challenges you face, take the opportunities that are out there and make a better future for yourself.” 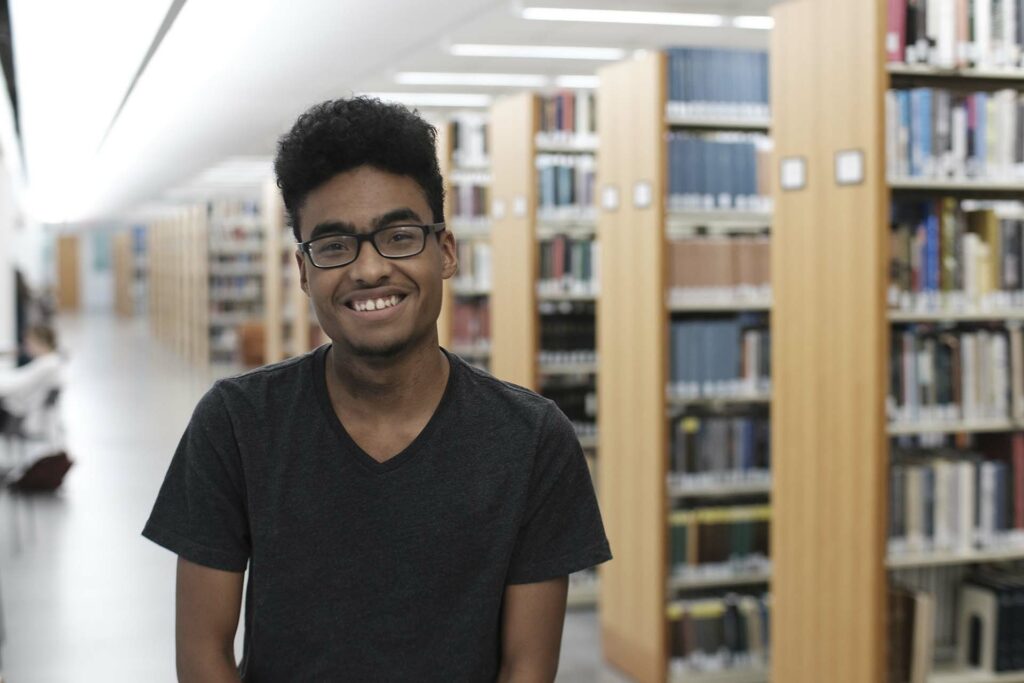 Awesome factor: His team won best high school hack at the Def Hacks hack-athon at Microsoft headquarters. At this 24-hour marathon of exploratory programming, Jackson’s team worked on an accessibility app that would help individuals who are differently abled through technology. His team has worked in that area before and won a 12-hour tech competition at his high school with a voice-activated, hands-free search engine. This time the team ventured into artificial intelligence, building a fully functional program called Eyedentify, which recognizes objects placed before it, whether online or offline, or in English or any other language. “I only got three hours of sleep, but in the end, we really impressed the judges.”