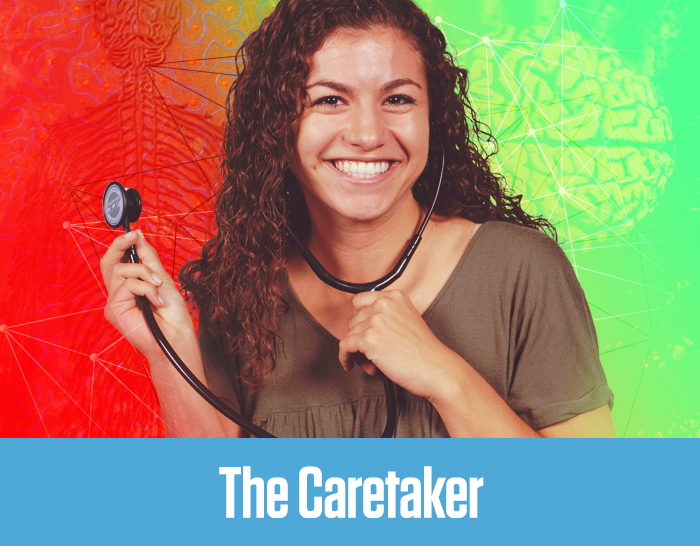 Blitz remembers the moment she realized she wanted to pursue a career in medicine. She was a junior in high school, volunteering with an EMT crew, when they were called to assist in the transportation of a distraught autistic teenager who had lashed out toward his mother. Police officers handcuffed the boy to a stretcher in the back of the ambulance to restrain him. As Blitz sat nearby watching, she noticed the boy, who was about her age, was wearing a T-shirt featuring characters from the Disney film Frozen. She moved closer to him and began singing “Let It Go.” The boy joined her. The unexpected duet had a dramatic impact: The boy calmed down; officers removed the handcuffs. “That was such a defining moment to me,” Blitz says. “It showed me that medicine is so much more than science and disease. It’s about caring for people.”

That experience has fueled Blitz since. At Lafayette, she decided to pursue a dual degree in neuroscience and biochemistry because the combination, she says, enhances her understanding of the functioning of the brain. Over her college career, she has accumulated many honors and accolades, most recently the prestigious Barry Goldwater Scholarship, which recognizes undergraduates with outstanding academic and research credentials. She also received the John F. and Dorothy M. Dorflinger Summer Research Endowment Fund, which enabled her to spend this past summer at Columbia University to study spinal cord development. The year prior, as a LEARN Scholar, she joined a Stanford University lab to work with one of the country’s leading researchers in synaptic plasticity. Blitz credits Lafayette and in particular, the work she has done with Prof. Lisa Gabel’s brain-computer interface research, for giving her the foundation that enabled these opportunities.

“It’s so exciting—and humbling—to get to do research at these huge universities,” says Blitz, who is in the process of applying to medical schools. “I wouldn’t have gotten those opportunities without Lafayette. I’ve been able to do independent research here since my freshman year. Lafayette has given me the skills and knowledge to be able to feel confident, ask questions, lead conversations, and hold my own.”