Kate Hope Day, daughter of David Johnson, professor emeritus of English, returned to the campus she grew up on to read from her celebrated debut novel and talk about writing during a question-and-answer session.

Day’s novel If, Then, released in March 2019, is about four neighbors who find their lives upended when they begin to see themselves in parallel realities. Day’s background, Ph.D. in English and executive producer at HBO, make it no wonder that Kirkus said it’s “a suburban drama built to leap from page to screen.” 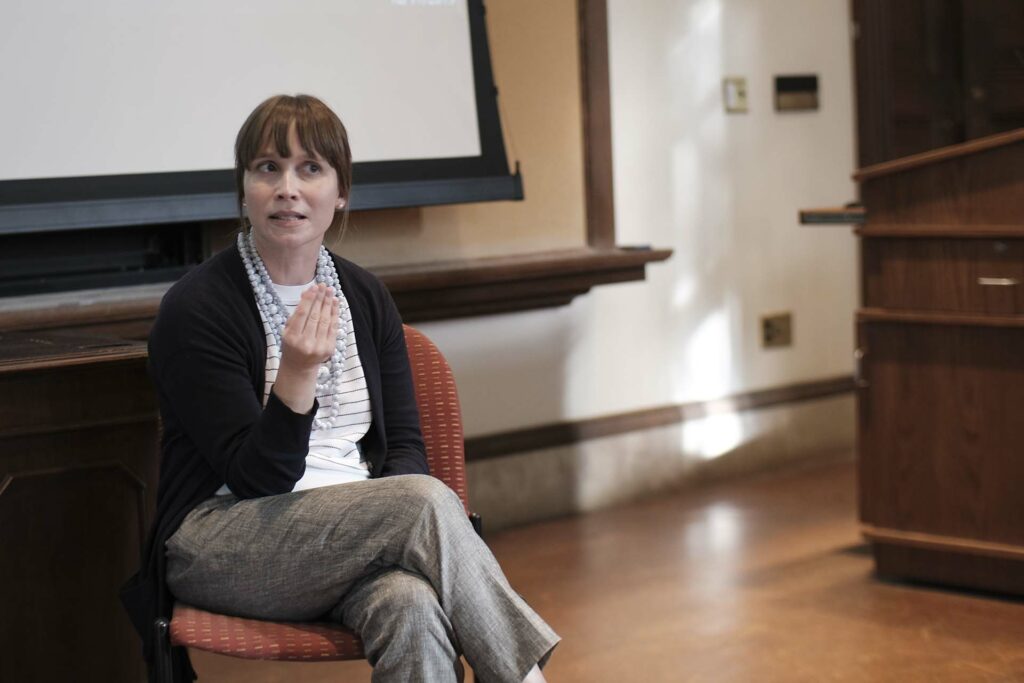 How She Came to Writing

I have no story. I wasn’t a 5-year-old wanting to write. I made items as a child. In school I wrote critically and developed a passion for photography and film. As a graduate student I spent six years reading novels, but I did not write a word of fiction until I had my first child. At the time, I wasn’t working and was living in a new place. No one was expecting anything of me in that moment except my new baby. This was a new feeling. There was no external validation set to arrive from colleagues or professors. A new baby is an intense experience. Since I couldn’t make a film, all I had was pen and paper. 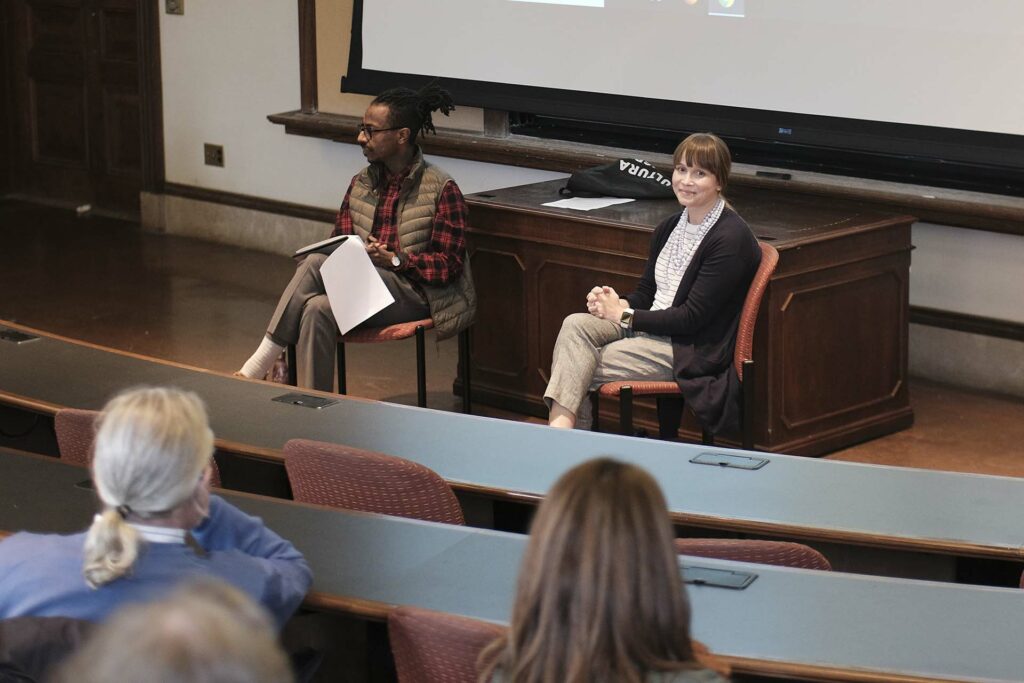 Where the Book Came From

My cheeky answer is me trying to process the television show Lost. I’m haunted in some way by that incomprehensible show. I have been fascinated by the history and philosophy of science—how we understand the world and the different ways to depict human life. I have a preoccupation with realism—the best way to understand reality. Are we bodies? Are we minds? The tension between the two. The book started with the character most like me at that moment: Cass. She has a new baby who demands attention and pulls from her life of philosophy. I had this image of her rocking a baby with her mind going elsewhere, a parallel life. 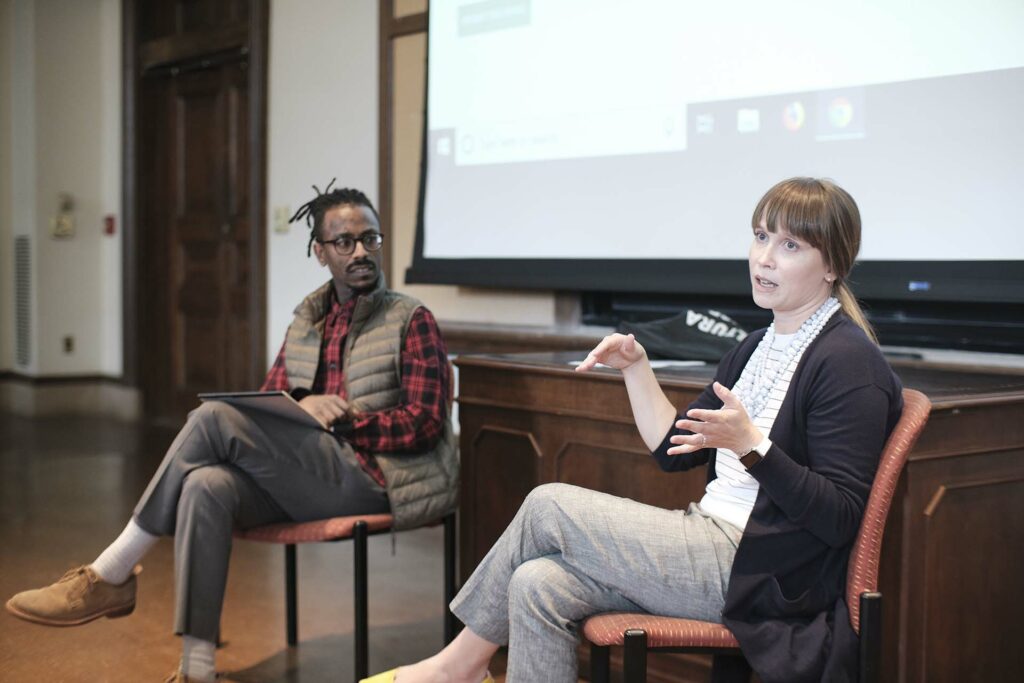 Getting into the Bodies of the Characters

When writing, I have to force myself not to think of characters as brains floating around and get into their physical bodies. It’s hard to get a handle on a character unless I understand specific physical experiences—how he sits or walks. I can’t draw on my own experiences, so I often think about where in life I experienced an emotional intensity that is adjacent to the thing I’m having a hard time imagining. It’s one way to get a character’s physical experiences authentically on the page. 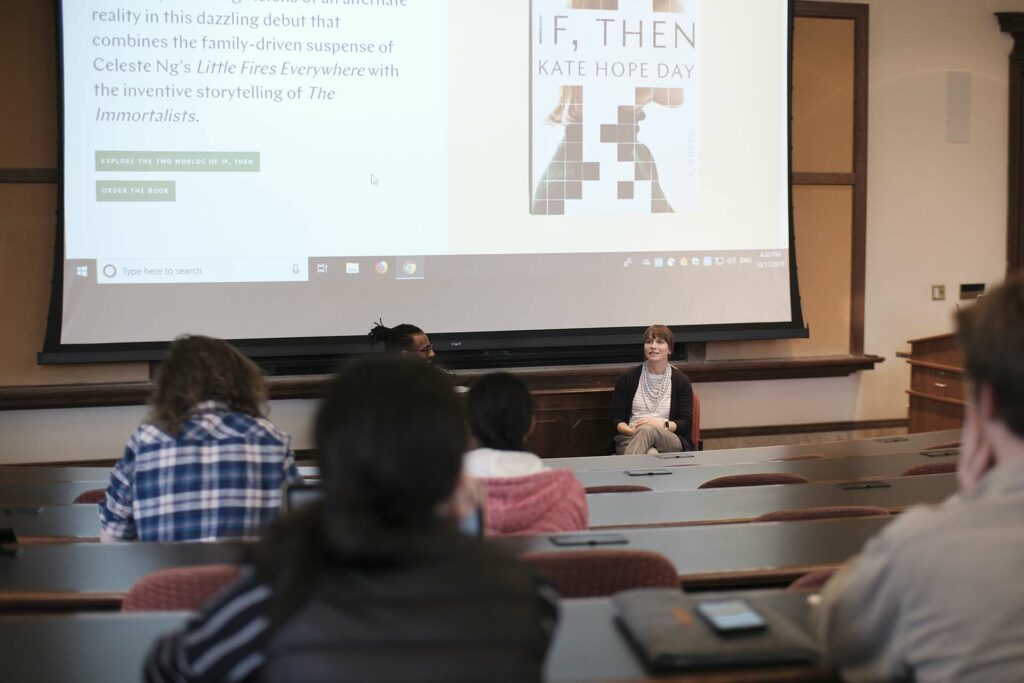 It is more a problem now as I have more time. It was easier when I forced to write in defined moments—as kids napped or after they went to bed. I try to create defined times now with the kids in school and break up my day into discrete tasks—writing, reading (stuff I like and don’t like), making an outline, or drawing out scenes. It’s a different kind of thinking for novel-related work. 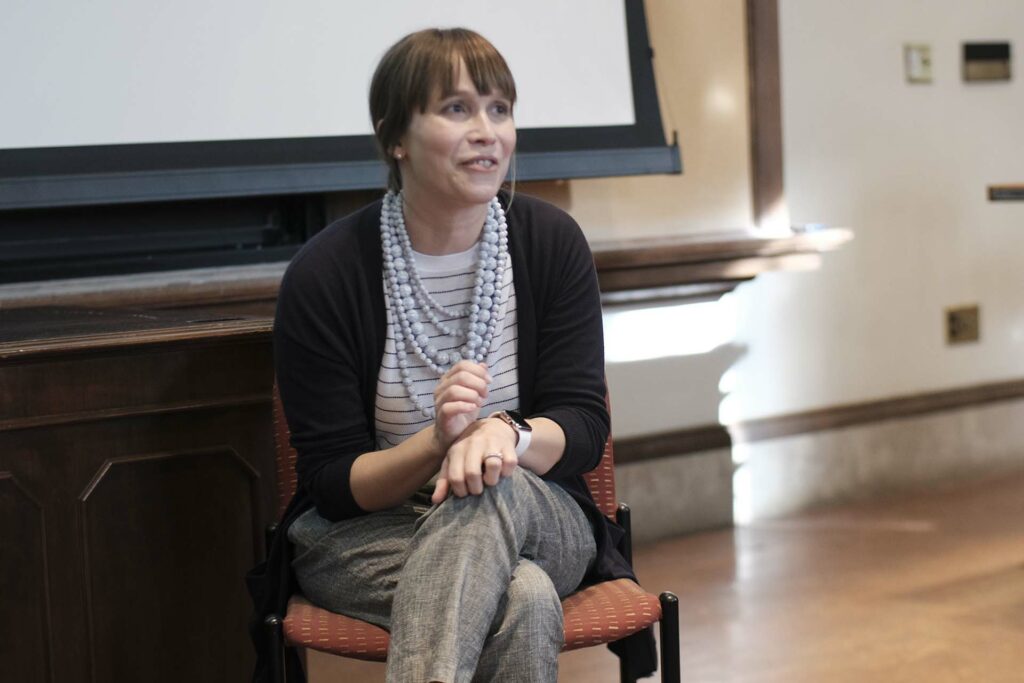 Eighty percent of writing is the psychological tricks you do to be OK with how bad it is. That what is on the screen is not what you had in your head, but you have to keep your butt in the chair. So often I need to write that stuff in order to write the material that comes after it. When I revise, I do several passes—one for emotional arcs, one for sensory details, to check if dates align, to gauge if something would really happen. I have no cohort from an MFA program, and it’s hard to bring fresh eyes to your own work, so the critique group I’m in is crucial. I need to have people to talk to about my work.