Gough was in the right place at the right time, née a victim of circumstance, née a fortunate son, née a lucky one.

Serendipity is what they call it, and it hit his first year on campus.

Saxophonist Jack Furlong ’05, who was subbing for the jazz combo director, heard Gough and asked him to play with him on a gig at Cosmic Cup. Joining them was John O’Keefe ’96 on drums.

That gig indirectly led to a one-time event with Gough, O’Keefe, and bassist Pat Kelley ’09 at Cosmic Cup the following year. It was the only jam session they ever hosted. That’s where Perla sat in anonymously and that’s what led him to email Skip Wilkins, associate professor of music, for an introduction to Gough. 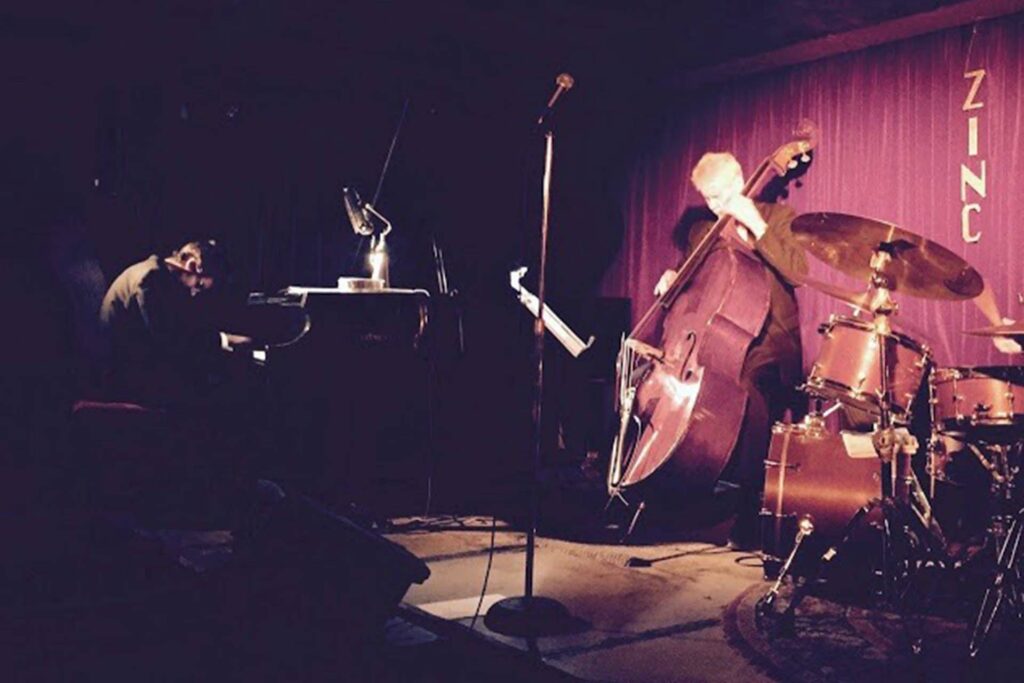 Also at that jam was singer Viktorija Gečytė ’08 (recent finalist in the Sarah Vaughan International Jazz Vocal Competition). Gough and Perla went on to accompany her on global tours through 2018.

You could say the rest is history. But it’s not.

Gough and Perla play together often, in duo and trio settings and as the rhythm section for pickup bands. The Jack Furlong Quartet continues to get gigs too.

And freelancing recently has led Gough to Birdland Theater and Jazz at Lincoln Center with vocalist Celia Berk. They received a BroadwayWorld nomination for “Best Duo Show” of 2019.

“If not for such an unlikely confluence of people and events, none of these things would have happened,” says Gough.

Gough started taking lessons at age 8 with pianist John Colaiacovo. While the first lesson went well, he cried when told he would have to practice. By age 12, he realized he loved piano. 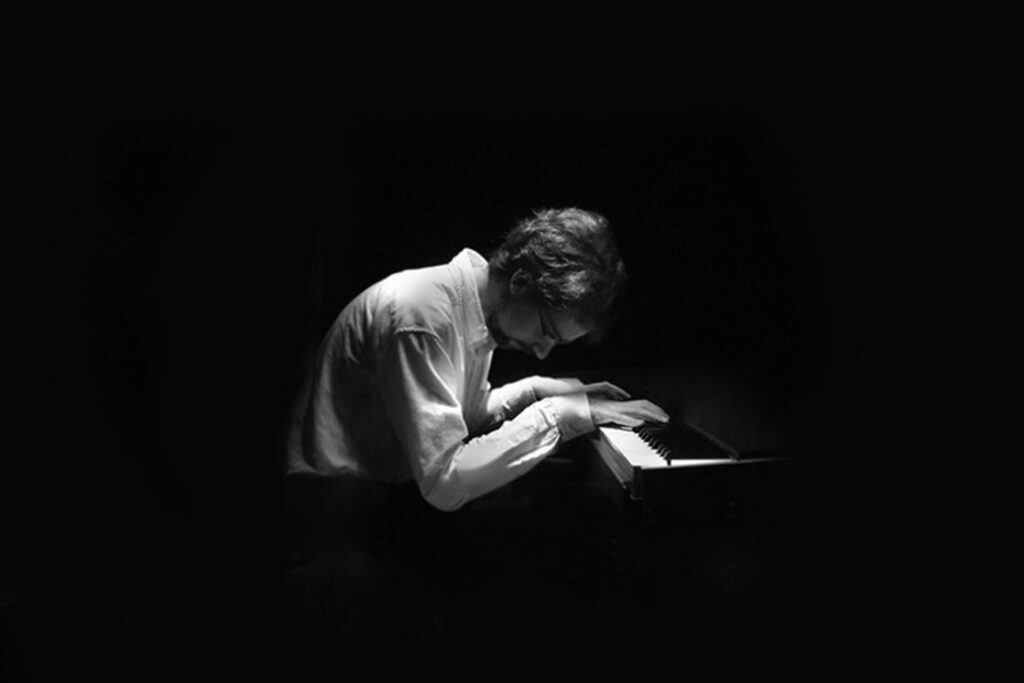 At age 16, he had an early moment of accidental opportunity: his first time accompanying. His great-grandfather had passed, so at the funeral, Gough played “Panis Angelicus” with his grandfather, Ronald Naldi, an opera tenor who has sung at the Met for decades.

After that, Lafayette was at the center of the confluence. The music and history double major learned “from the beginning.”

“Skip was a fantastic teacher,” says Gough. “He didn’t show me how to do things or tell me what to play. He showed me what was possible. He introduced me to listening to everything.”

For four years up until his senior classical recital, Gough also worked with Alexis Fisher, applied instructor of piano. “I owe her a huge debt for holding me accountable and challenging me technically.”

Gough eventually earned a master’s degree in jazz history and research at Rutgers University. While he had applied for Ph.D. programs in musicology, he was glad he didn’t take that route.

“Terminology doesn’t equal music,” he says. “I’ve had so many different opportunities on the ground playing music. From bars where fights have almost broken out to recitals with my grandfather. Anonymity is a great guide. Nothing is below me.”

Gough tries to impart some of that to the next generation since the college has hired him to teach piano. But he strikes a humble chord for a guy who’s recently played at two coveted New York City venues. Add to that the chance to play the organ at Yankee Stadium for the 150th anniversary of Lafayette-Lehigh.

Most anonymous for him? Sitting at the pipe organ at Colton Chapel.

“The building was renovated a few years ago, but the organ has deteriorated since installation in 1968,” he says. “I came into Colton in 2008 and sat down and played, and I currently serve as an advocate for getting this organ renovated so it can honor this building.” He plays at the Honors Convocation at the chapel each year. 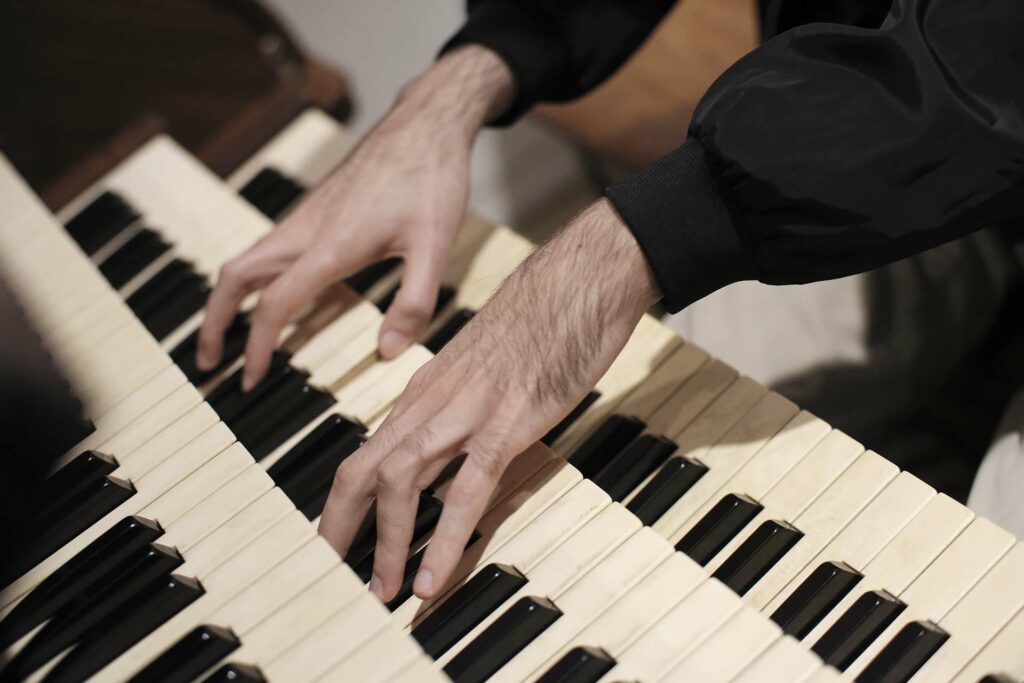 At the organ console, Gough flips switches and maneuvers his hands between the tiers of keys while his feet tap dance across the pedals. Sound bellows across the ceiling and reverberates across the wooden benches. He has no sheet music.

“Improvising is a way of using my training to let go of chasing perfection,” he says.

Perfection has a harsh sound. Gough doesn’t seek that. He just wants to play.

“I’m not thinking far ahead,” he says. “That’s a sure way of missing out. The music is about allowing things to develop, and playing for the chance that everything will fall together just right.”